Swine influenza (swine flu) is a respira`tory disease of pigs. It is caused by type A influenza virus (H1N1). Swine flu viruses do not normally infect humans. However human swine flu infections occurred and caused a pandemic in 2009 with several deaths reported worldwide.


Do you wish to consult Immunologist for your problem? Ask your question


Human infections with H1N1 influenza occur in people with direct exposure to pigs (such as workers in swine industry), but cases of human-to-human spread of swine flu are also noted. Human-to-human transmission happens through air droplets from cough or sneeze of people infected with influenza virus. 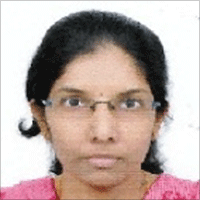 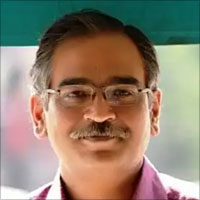 Swine flu is a combination of genes from swines, birds and human flu virus, according to CDC.

H1N1 influenza A virus is contagious and can spread from human to human.

Data reveals that the type A influenza viruses originated in pigs in Asia, but now it has become a human disease. It is spreading very quickly throughout Britain.

Swine flu viruses circulating in U.S. pigs in the recent years are

People with H1N1 infections are considered potentially contagious one day before the onset of symptoms and can go up to 7 days following the illness. Children might be contagious for a longer duration.

Pregnant women are more vulnerable to swine flu since their immune systems are less effective.

H1N1 flu viruses are not transmitted by food; one cannot get swine flu from eating pork or pork products. However, eating properly handled pork and pork products is safe; cooking pork at 160 degrees F kills the viruses and food borne pathogens.

Antiviral drugs like oseltamivir (tamiflu) and zanamivir (relenza) are used for the treatment and prevention of swine flu. These two drugs are approved by the FDA for the treatment of flu in both children and adults. Swine flu virus is found to be resistant to amantadine (symmetrel) and rimantadine (flumadine).

Two different brands of vaccines have been developed to protect against the virus that causes swine flu. These include

1.Pandemrix vaccine is given as single dose

A facemask is generally used to cover the face to prevent the spread of infection, to disguise or for protection against disease or pollution. Facemasks are also used for ceremonial and ritualistic practices. The term acne, pimples and dryness of ...

Quiz Yourself on Swine flu

Swine flu is the infection of the influenza virus, H1N1, which infects the respiratory tract of pigs. The virus then mutates to become easily transmitted to humans. Symptoms of swine flu are similar to other influenza infections such as high fever, ...

Bird flu (avian influenza/avian flu) is a disease caused by an influenza virus (H5N1) that primarily affects birds but can infect humans also.

Watch Out For Swine Flu

With the winter winds blowing in, there's always a risk of catching cold. Let the symptoms not confuse you, it may be swine flu. Grab the basics of swine flu....

Experts would be consulted on the way anti-viral drugs such as Tamiflu are used to tackle the swine flu pandemic, and possible drug resistance, said the World Health Organization.