Soybean is hailed as the most protective bean. Soy contains 26 percent protein. It has the highest protein content amongst plant products. Soy protein refers to the protein found in soybeans. As animal protein contains all the essential amino acids, lacking in pulse protein, soy is often used to replace the animal proteins in an individual's diet. 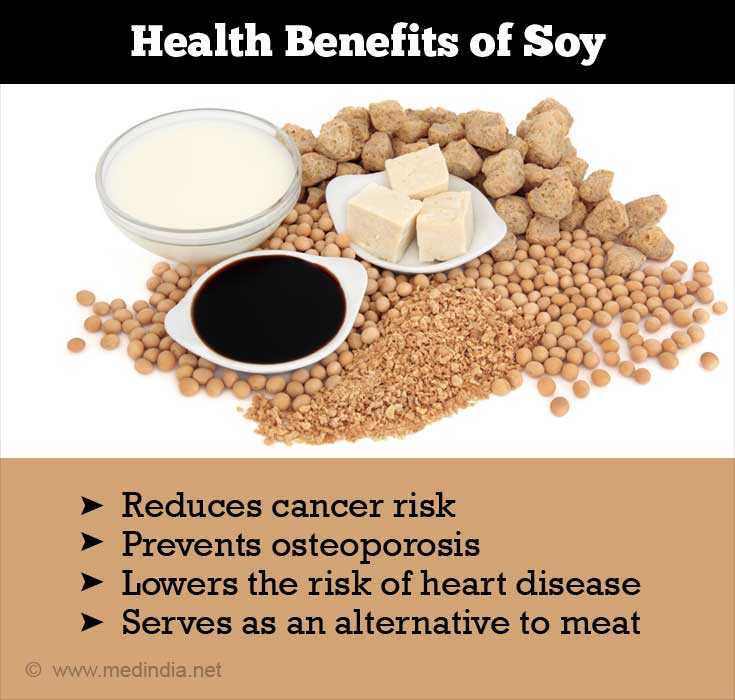 Soybean is the richest plant source of protein. Soy protein is also of the highest quality amongst all legumes. Under guidelines adopted by the Food and Drug Administration and the World Health Organization for evaluating protein quality for children and adults, soy protein isolate receives a rating of 1, which is the highest possible score. This means that the quality of soy protein is equal to that of meat and milk proteins.

The World Health Organization (WHO) and the US Food and Drug Administration use an alternative method for evaluating protein quality called the Protein Digestibility Corrected Amino Acid Score (PDCAAS). The PDCAAS for soy protein isolate is 1.0, which makes soy equivalent to animal proteins in quality and higher than other plant protein foods. Soy foods if used smartly contribute significantly toward meeting protein needs, and could be an excellent addition to a diet for a variety of reasons.

Like protein, soybeans are high in fat too. Most legumes (except peanuts) contain between 2 to 14 percent fat, whereas soybean contains 31 percent fat. 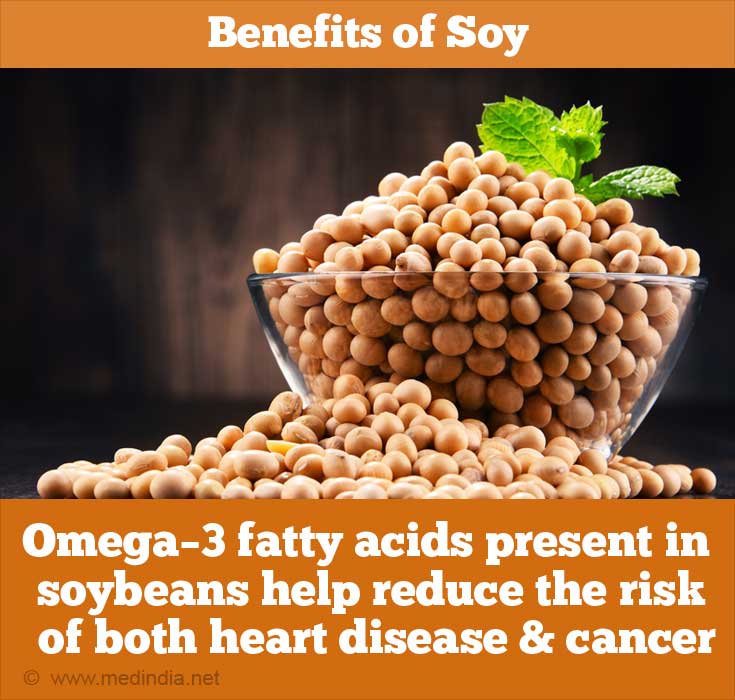 Soybean oil can be used in cooking. Some soy foods have the fat removed. Defatted soy flour is commonly available. Reduced-fat tofu and reduced or non-fat soymilk also form some low fat alternatives.

A serving of soybeans provides approximately eight grams of dietary fiber. However, some soy foods are processed in ways that decrease the fiber content significantly. Tofu and soymilk contain very little fiber, while soy foods that utilize the whole bean such as tempeh, soy flour and textured soy protein are high in fiber.

Soy is rich in iron too. However, both phytate and soy protein reduce iron absorption which leads to the iron in soyfoods being poorly absorbed. Iron could be better absorbed from fermented soyfoods like tempeh and miso.

Although soyfoods are high in both oxalates and phytates that inhibit calcium absorption, the calcium from soyfoods is well absorbed and has an absorption rate equal to that of milk. 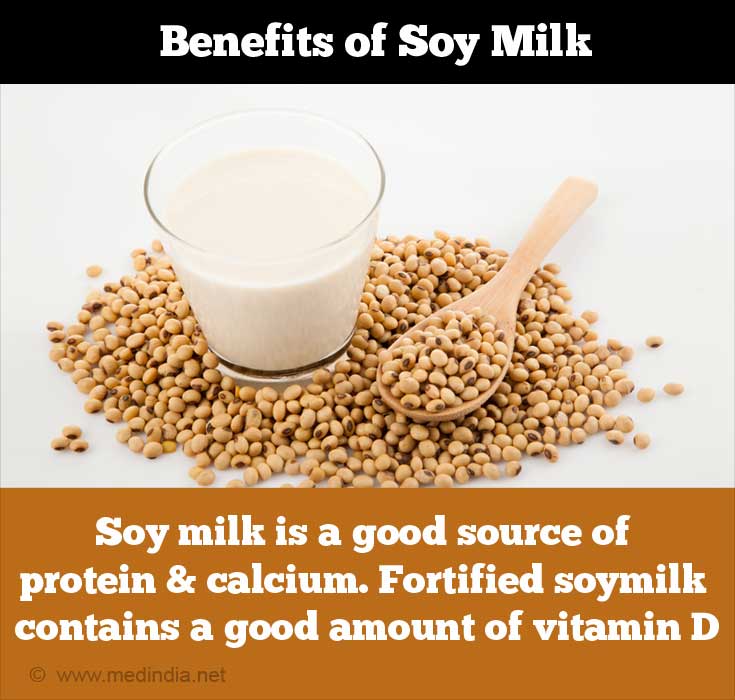 Like other whole grains, soyfoods are rich in B-vitamins, particularly niacin, pyridoxine and folacin. Soy milk is well fortified with vitamin B12 which makes it a prominent source of this essential nutrient.

There are various anti-nutritional factors in soybean as in other pulses. However most of them are heat liable and can be eliminated by suitable heat treatments.

Soybean in comparison to other legumes is far superior in terms of health benefits.

The nutritional values of "Soybeans, mature cooked, boiled, without salt" per 100 grams are:
Data source: USDA Nutrient Database, R25
*Percent Daily Values (%DV) are based on a 2,000 calorie reference diet. Your daily values may be higher or lower based on your individual needs.
To See Full Nutrition Facts & Analysis for Soybeans, mature cooked, boiled, without salt - click here

Latest Publications and Research on Health Benefits of Soybean

Soy Products and Their Uses >>

this is a great article on soy- thank you!

Quiz on Menopause
Menopause is inevitable in a woman's life and it would be apt to be well prepared for it. Learn more about menopause and the best ways of managing it by going through this ...

Omega-3 and Omega-6 Fatty Acids Provide Health Benefits Throughout Life
Omega-3 and Omega-6 are two essential fatty acids that are necessary for human health which can be obtained only through food because our body cannot make them.

Magical Millets for Your Health
Millets are far more nutrient dense than wheat and rice. They are inexpensive and tasty too. Nutritionists now advise switching to millets from wheat and rice.

Hot Flash
The frequency of the hot flash can be from 1 to 2 two hot flashes a week to 10 or greater in a day. The silver lining is that it usually decreases over time.

Soy / Soya - A Holy Food
Soy or Soya is a crop which has been cultivated from thousands of years. It belongs to the family of legumes.

Health Benefits of Flavonoids
Ever wondered what causes chocolate to prevent skin wrinkles? The answer is - flavonoids. Here's host of other flavonoid health benefits.

Health Benefits of Beans
Like most legumes, beans are popular across the world and are a good source of protein and carbs. Here are some of the health benefits of beans.

Consumption of Red Meat Increases Breast Cancer Risk
Red meat consumption has long been suspected of contributing to cancer development. Find out how much red meat is too much.

Top 7 Health Benefits of Tofu
Tofu is a superfood you must incorporate in your diet to lower your risk of cardiovascular problems, diabetes, cancer and for glowing skin.
Sign up for Wellness Consult a Doctor Sign up for Selfcare
Advertisement
Health Topics A - Z
A B C D E F G H I J K L M N O P Q R S T U V W X Y Z