Fenugreek (Trigonella foenum graecum, native to Southern Europe and Asia), is an annual herb with white flowers and hard, yellowish-brown and angular seeds.

Commonly known as methi in Hindi and vendhayam in Tamil, it is a popular ingredient in many North and South Indian dishes and home remedies.

Fenugreek seeds and leaves are strongly aromatic and flavorful. The seeds are bitter in taste, but lose their bitterness if lightly roasted. They are rich in vitamins such as thiamin, folic acid, riboflavin, niacin, vitamins A, B6, and C, and are a rich storehouse of many minerals such as copper, potassium, calcium, iron, selenium, zinc, manganese, and magnesium. Fenugreek leaves are a rich source of vitamin K as well.

Fenugreek seeds are a rich source of trigonelline, lysine and l-tryptophan. The seeds also contain a large amount of saponins and fibers that may account for many of the health benefits of fenugreek. The following are some of the ways in which the fenugreek herb has been used traditionally for treating a variety of conditions.

Regulates Blood Sugar and Controls Diabetes - An unusual amino acid (4HO-Ile), so far found only in fenugreek, has possible anti-diabetic properties such as enhancing insulin secretion under hyperglycemic conditions, and increasing insulin sensitivity. Iranian researchers from Qom University of Medical Science suggest the potential of 4HO-Ile as an adjunct to diabetes treatment for type 1 as well as type 2 diabetes.

Enhances Breast Milk Production- Fenugreek has been known since ancient times as an herbal galactagogue - or a herb that increase milk production. Fenugreek has been used traditionally by mothers to increase the production of breast milk and stimulate milk flow while nursing and breastfeeding. Other examples of herbal galactagogues include blessed thistle, milk thistle, fennel, anise, nettle, and others. However, it must be noted that there are very few modern data on their safety and efficacy. This is supported by some studies that have found that consumption of herbal tea containing fenugreek seeds enhanced the production of breast milk in mothers and facilitated infant birth weight regain in early postnatal days.

Protects from Cancer - Studies have shown that the fibers in fenugreek may help prevent certain cancers. For example, Researchers at Rajiv Gandhi Center for Biotechnology, Thiruvananthapuram, found that fenugreek has estrogenic effects and could be a possible alternative to Hormone Replacement Therapy (HRT). Other studies have shown that saponins and mucilage in fenugreek bind to toxins in the food and flush them out, thus protecting the mucus membrane of the colon from cancers.

Maintains Healthy Testosterone Levels - An Australian study reported significant positive effect of fenugreek on physiological aspects of male libido and also found that it may assist in maintaining normal healthy testosterone levels. The study recruited 60 healthy males between the ages of 25 and 52, without erectile dysfunction and randomized to 2 tablets per day of 600mg Testofen (a Fenugreek extract and mineral formulation) or placebo for 6 weeks. The researchers found that Testofen significantly increased sexual arousal and orgasm in the study men.

Aids Digestion - Fenugreek is said to be an effective heartburn or acid reflux remedy because the mucilage in fenugreek seeds assists in soothing gastrointestinal inflammation, and coating the stomach and intestinal lining. According to a study published in the journal Phytotherapy Research, a 2-week intake of a fenugreek fiber product taken 30 minutes before two meals/day, by subjects with frequent heartburn, diminished heartburn severity. The researchers found that the effects were similar to that of ranitidine at 75mg, twice a day. 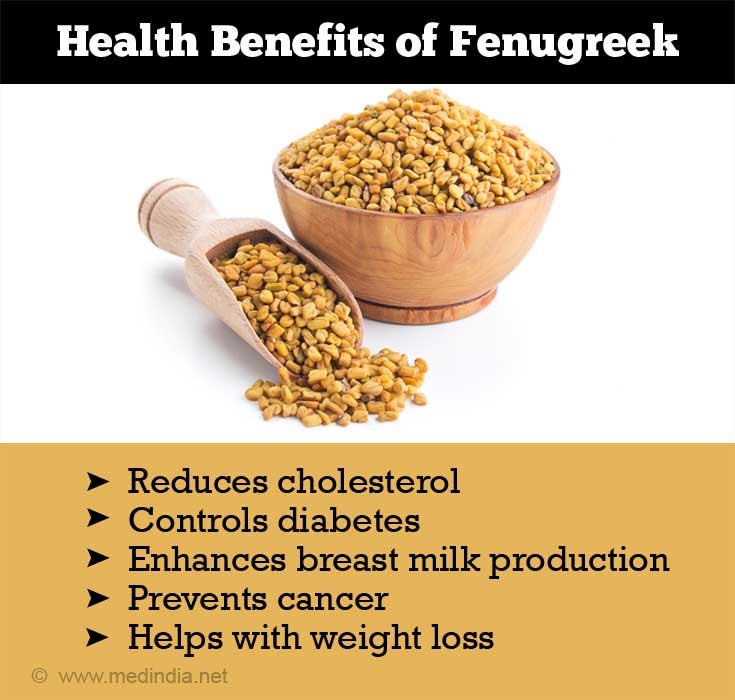 Fenugreek's Use as a Natural Home Remedy

Fenugreek is widely known for its culinary properties and also as traditional remedy for a number of conditions.

It has been used traditionally in India, China, Middle East for thousands of years to treat many ailments and conditions. 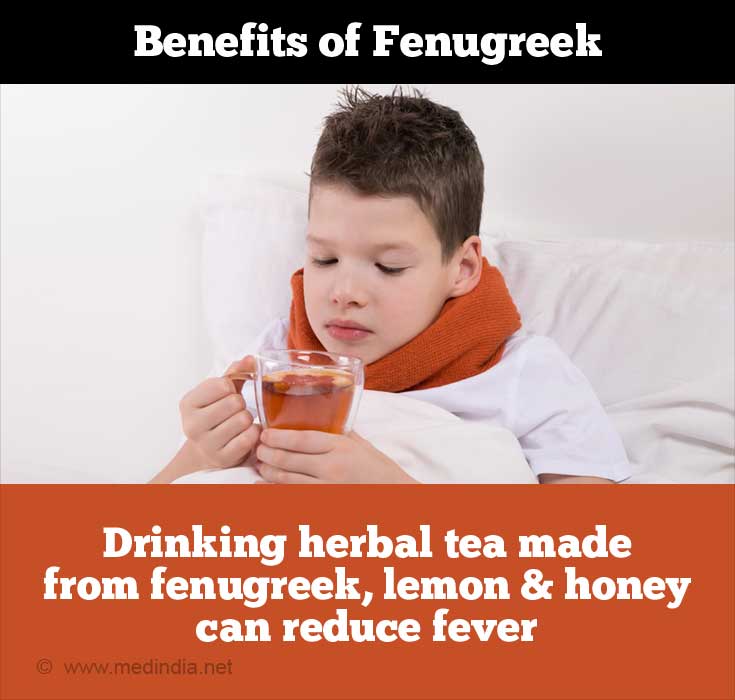 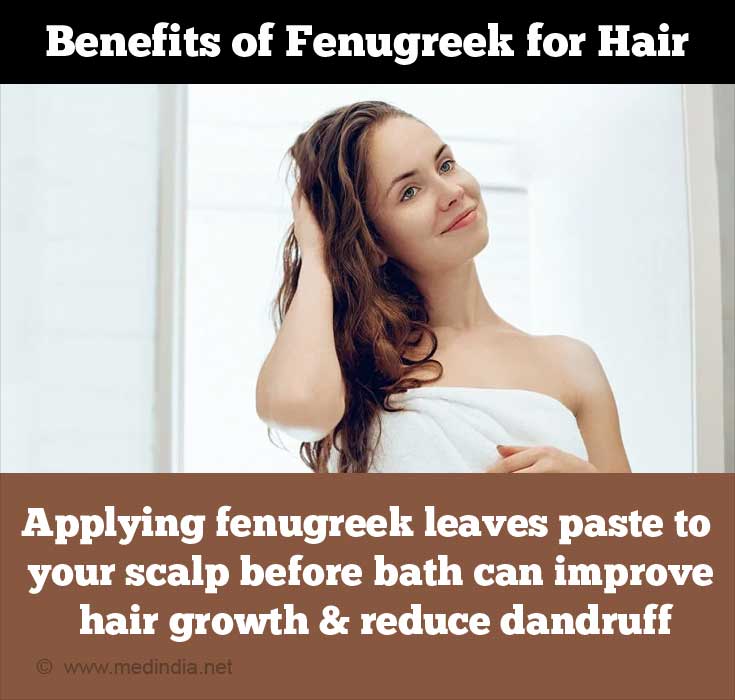 The nutritional values of "Fenugreek" per 100 grams are:
Data source: USDA Nutrient Database, R25
*Percent Daily Values (%DV) are based on a 2,000 calorie reference diet. Your daily values may be higher or lower based on your individual needs.
To See Full Nutrition Facts & Analysis for Fenugreek - click here

Latest Publications and Research on Fenugreek

If I make a drink of fenugreek with boil water, does it good or bad. please reply me... thanks for your post....

Almost all mentioned properties of fenugreek are substantiated.

I am drinking soaked fenugreek seeds water for last couple of days. I am feeling vaginal pressure. what does that mean? should i stop drinking that?

Many supplements claim that they have the right amount of Fenugreek in them but they don't Which may cause black stool if you don't get the correct % of fenugreek. I like TestoGen. http://benefitsoffenugreek.com/

how do i use it for hotflushes

Antioxidant Rich Spices
Antioxidant activities of spices are mainly attributed to the bioactive compounds present in them. The highly reactive phytochemicals are responsible for their protective effects.

Spices Boost Your Health
Spices have been used in ancient medicines to cure a wide range of diseases. They are a part of our home-remedy. Science is exploring more about the health benefits of spices today.

Test Your Knowledge About Chromosomes?
View all
Fenugreek - Related News
Fibre is Good for You- Dates, Fenugreek, Oat Bran are Great Sources
Indian Spice Fenugreek may Boost Male Libido
How to Use Fenugreek Seeds to Treat Diabetes
More News