Type 1 diabetes was previously referred to as juvenile diabetes because of its occurrence in children and young adults mostly below twenty years of age. Now, it has become a common health problem that may manifest at any age. Latent Autoimmune Diabetes in Adults (LADA) is a kind of slow developing type 1 diabetes which is usually diagnosed after thirty years of age. The prevalence of type 1 diabetes increased from 1.48 to 2.32 per 1000 in the pediatric population during 2002- 2013.

Type 1 diabetes (T1D) is also known as insulin-dependent diabetes because the body fails to produce insulin, which is required for the conversion of glucose into energy required by cells to function. This results in the build-up of glucose in the blood stream, which in turn raises the level of sugar, thereby causing diabetes.

Pancreas is a flattened, elongated gland located deep in the abdomen between the stomach and spine. The endocrine section of the pancreas is made up of clusters of cells called islets of Langerhans. The islets house three major types of cells - Alpha, Beta and Delta cells. The Beta cells occupy the central portion surrounded by Alpha and Delta cells and are responsible for the production of the hormone Insulin.

T1D is an autoimmune disease in which the bodys immune system (white blood cells/T-cells) attacks the beta cells and destroys them, resulting in little or no production of insulin. Some research suggests that the insulin itself is sometimes responsible for triggering this autoimmune response. T1D may also be triggered by certain viral infections. When a virus attacks the body, the T cells produce antibodies that attack the antigen produced by the virus, thus fighting the infection. But sometimes, the antigens in the virus are similar to the beta cells. This causes the T cells to turn against the beta cells destroying it and hampering the production of insulin. A few viruses that possess such antigens are the coxsackie virus, rotavirus, rubella virus, enterovirus that attack the intestinal tract and those that cause mumps.

Heredity plays an important role in determining as to who is likely to develop T1D. Children are likely to inherit the disease from a father with the disorder than the mother. But most people who develop the disease have no family history. The genes carry instructions to make proteins for normal body functions. The interaction among the genes make an individual susceptible or protects them against the disease. In certain populations, the genetic coding is such that they fail to develop type 1 diabetes. But in individuals with a favorable predisposition to type 1 diabetes, the gene variants carry instructions for making a protein called Human leukocyte antigen (HLA) in the white blood cells, which triggers the bodys immune response. The HLA complexes are on chromosome 6. A few combinations of HLA variants play a role in the development of the disease while others play a protective role. Research points to a link between vitamin D deficiency and T1D. Supplementing pregnant women and infants is said to prevent T1D. Vitamin D is known to make the immune system smarter by improving insulin sensitivity and also controlling the blood glucose level. It binds to the receptors in the immune cells and prevents the attack on and destruction of the beta cells by T cells. Since the research is not conclusive, one cannot establish a firm link between the two.

Infants who are introduced to cows milk or infant feeding formula at a very early stage are also said to be susceptible to T1D. Cows milk contains a protein which is similar to a protein called glycodelin that controls T cell production.. The babys body tends to attack the foreign protein from cows milk and also attacks glycodelin in the process. This results in an overproduction of T cells which eventually destroy the beta cells responsible for producing insulin.

Stress can be defined as the physiological or psychological response to external stimuli or stressful events themselves which could be both negative and positive. As early as the 17th century, the onset of diabetes was attributed to prolonged sorrow. Stress levels in ones life could be due to family problems, work-related problems or any other issues. More than the onset, studies have been more conclusive in terms of the evidence regarding the relationship between stress and the metabolic control in those diagnosed with diabetes. This combined with other factors like overeating, lack of physical activity, alcoholism and smoking lead to increase in visceral adiposity(abdominal girth) resulting in poor control of diabetes and development of diabetes-related complications. This, in turn, evokes a negative response and the vicious cycle continues. The psychological response to stress triggers the hypothalamo-pituitary-adrenal axis and leads to various endocrine abnormalities that oppose the function of insulin by increasing the level of cortisol(stress hormone) and lowering the level of sex steroids.

Limited studies have also linked pollutants to type 1 diabetes. Pollutants alter the humoral and cellular immune response. Air pollutants like ozone, sulphates and chemicals from cigarette smoke have been associated with an acceleration in the beta cell destructive pathway leading to diabetes. These release free radicals that cause cell damage or enhance the presentation of diabetogenic antigen thereby triggering an autoimmune response. Some studies have also shown the prevalence of diabetes in areas with more toxic discharge. But these studies are not conclusive due to their limitations and nature of bias.

TID produces symptoms which are more or less interlinked to each other. When due to the absence of insulin, glucose does not convert into energy for use by the cells, it gets accumulated in the blood stream, resulting in high levels of blood sugar. The body finds a way of getting rid of the extra sugar by increased the frequency of urination. A lot of water is also lost through urine, resulting in dehydration and excessive thirst. Along with sugar, calories are also shed through the urineresulting in weight loss and exhaustion.

With low levels of glucose for cells to function, the body breaks down fat cells and results in the formation of chemicals called ketones. The liver releases sugars to help, but since there is no insulin, it results in a build-up of sugar in the blood stream. This combination of acidic ketones, excess sugar and dehydration, leads to a condition called ketoacidosis which can be fatal if not treated. Over time, it leads to damage to eyes (retinopathy), kidneys (nephropathy), liver and nerves (neuropathy), if not treated in time and managed well.

Unlike type 2 diabetes, type 1 diabetes cannot be prevented. This is because type 1 diabetes is an autoimmune disease, unlike type 2 diabetes which is partly a lifestyle disease as well. Treatment mainly includes insulin replacement therapy. Insulin is either administered via injections or pumps. Oral pills do not work as the stomach acids tend to destroy insulin. Various types of insulin are rapid-acting, short-acting, intermediate-acting and long-acting The type of insulin and number of injections depend on the blood sugar levels and diabetic management plan.

A Guide on Types of Insulin for People with Diabetes

People should adjust the level of insulin intake according to their diet, exercise, health, and travel.

Insulin intake should be adjusted according to the requirements. People with diabetes tend to suffer from anxiety and depression which may alter their blood sugar level by causing the release of glucose into the blood stream.

People tend to expend their energy into managing stress and stop looking after themselves. Stress levels can be managed by using relaxation techniques, meditation and breathing exercises, getting emotional support and replacing negative thoughts with positive ones.

Balancing daily intake of nutrients also plays an important role in managing diabetes. A healthy diet plan monitoring the calorie intake is paramount. Carbohydrates which are rich in fiber and have a lower glycemic index (GI) are considered healthier. Foods with lower GI tend to digest at a slower rate which causes a gradual rise of blood sugar level rather than a sudden surge which are detrimental to health. Higher levels of fat may contribute to weight gain and should be balanced accordingly.

Lifestyle modification also includes cessation of smoking. Apart from raising blood sugar levels, smoking can decrease or cut the supply of oxygen that reaches tissues, which results in their death. It can raise the levels of cholesterol and blood pressure causing constriction and damage of blood vessels. It damages the nerves and causes kidney disease. The effects of smoking manifest manifold in smokers with diabetes than in non-smokers.

Living with diabetes becomes a manageable condition when the above factors are taken into consideration. 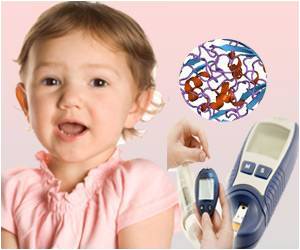 Antigens That Trigger Type 1 Diabetes Identified
A new class of antigens that consist of insulin fragments fused to peptides of other proteins present in beta cells were identified.
READ MORE

High Prevalence of Vitamin D Deficiency in Kids With Type 1 Diabetes
There is high prevalence of low levels of 25-hydroxyvitamin D, specifically in healthy weight and Caucasian children and adolescents with type 1 diabetes.
READ MORE 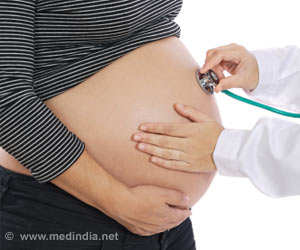 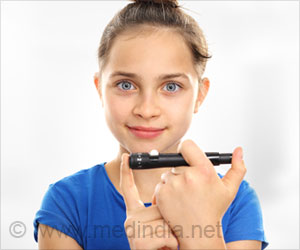