Hypoglycemia or low blood sugar in diabetic patients is a paradox since diabetes is characterized by high glucose levels in the blood. However, diabetics on insulin or certain oral hypoglycemic drugs can suffer from low blood sugar.

This usually happens if the patient has taken a higher than normal dose of insulin or oral medication, if the patient has skipped a meal or has undergone excessive physical activity. Patients with type 1 diabetes are particularly prone to hypoglycemic episodes.

Glucose Maintenance in the Body

How to Identify Hypoglycemia?

Diagnosis of hypoglycemia is made based on the Whipples triad. Accordingly, three characteristics should be present to label a patient as suffering from hypoglycemia:

Symptoms consistent with hypoglycemia include the following:

What are the Causes of Hypoglycemia?

Causes of hypoglycemia in a patient with diabetes include:

How to Diagnose Hypoglycemia?

Hypoglycemia is diagnosed based on the following features:

What are the Treatments for Hypoglycemia?

If hypoglycemia is left untreated for a prolonged duration, it can cause permanent brain damage. Therefore, treating low blood sugar should be considered an emergency. Immediate treatment of hypoglycemia involves the use of oral glucose or sugar or candy, whichever is available at hand. If the patient cannot take glucose orally, the glucose can be administered through an intravenous injection. Glucagon is effective when given as an intramuscular or subcutaneous injection in patients with type 1 diabetes. The cause of hypoglycemia should also be identified and treated, for example with dosage adjustment, to bring about control of blood sugars and prevent similar episodes in the future.

How to Prevent Hypoglycemia?

Episodes of hypoglycemia should be avoided as far as possible. Some steps to prevent hypoglycemia in diabetes patients include: 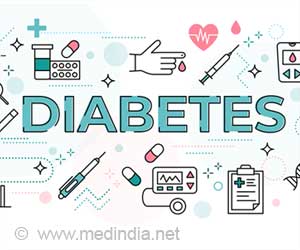