All of us know at leat one person suffering from diabetes. This sums up the prevalence of diabetes. Apart from being one of the most prevalent diseases in the world, it is a disease that opens up the pandora's box of many complications. No wonder it is a dreaded disease and people who are diabetic end up with other medical issues as well.

Diabetes is a group of diseases with one thing in common - a problem with insulin. The problem could be that your body either doesn't make any insulin, doesn't make enough insulin or doesn't use insulin properly.

How is Insulin formed ?

The pancreas, which is an organ present in the abdominal cavity of the body, secretes this hormone insulin. This hormone is the key to the way your body processes food, as it helps maintain proper sugar levels (glucose) in your blood. Glucose is your body's fuel. Cells use glucose to produce energy to grow and function. Glucose is escorted by insulin through your bloodstream and insulin helps in unlocking cells to allow glucose to enter.

In diabetes, lack of insulin or the resistance of your cells to insulin prevents the right amount of glucose from entering your cells. The unused glucose builds up in your blood, a condition called hyperglycemia.

What are the Types of Diabetes?

Diabetes can develop gradually, often without symptoms, over many years. It may reveal itself too late to prevent damage. In fact, you may first learn you have diabetes when you develop one of its common complications - heart disease, kidney disease or vision problems.

Today, better methods of diabetes control, new medications and easier ways to take insulin enable most people who develop type 1 or 2 diabetes to live a long and healthy life. 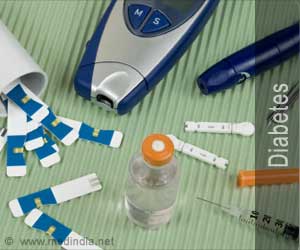 Thank you for sharing.

FOR BEST INFORMATION ABOUT DIABETES.

We started our diabetes software log, CareLogger to help those affected with diabetes manage their daily lifestyle.

good to know i suppose. helpfun on my school assignment.

Thank you for telling me 10 interesting facts about diabetes.

Medical Manpower in the World