Remember what Gautam Buddha said (563-483 BC): "Your body is precious. It is our vehicle for awakening. Treat it with care." Read on...the must know facts about senior health.

1. Currently people over 65 years number 483 million in the world and by 2030 the number will reach 974 million. By the year 2025 approximately 18% of the world population will be seniors.

3. The number of people over 50 years who access the web is growing every day. It is estimated that 19% of the web users are over 50 years. This maybe as high as 40% in United States.

5. There are immense benefits of increasing the life spans of people in our community. Kevin Murphy and Robert Topel made some interesting estimates on insurance pay-outs if we increased our longevity. Reducing the death rate from heart disease or cancer by 20% would be worth around $10 trillion to Americans. This would be more than one year's U.S. Gross Domestic Product.

7. In the United States,  seniors account for 40% of all prescriptions although they form only 15% of the population.

8. Older people are more prone to loneliness and depression and have a higher rate of suicide. In 1997, 20% of all U.S. suicide deaths were by individuals aged 65 and older.

9. Keeping physically active can slow the ageing process. Exercise is the mantra to keep young and feel good. A study published in 1995 that tracked 9,777 men between 20 and 82 years found that physically unfit men who became fit had death rates 44% lower than those who remained unfit.

10. Regular exercise prevents bone loss and incidence of fractures; it increases the muscle strength and hence the balance and co-ordination. 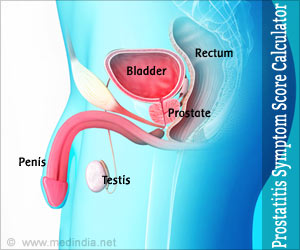 Prostatitis Symptom Score Calculator
Prostatitis is a painful inflammation of the prostate gland. Use this anonymous test to find out if you have symptoms of prostatitis and calculate the severity of the symptoms.
READ MORE