World COPD Day: All Together to End COPD

World Chronic Obstructive Pulmonary Disease (COPD) Day is celebrated on the third Wednesday of November every year. Hence, this year (2019), it will be celebrated on 20th November. The day aims to create awareness about the dangers of COPD and highlight the importance of prevention and treatment strategies for reducing the global burden of this chronic lung disease.
World COPD Day: All Together to End COPD

This is a truly global celebration that is organized by the Global Initiative for Chronic Obstructive Lung Disease (GOLD), in collaboration with doctors, public health experts, educationists, international COPD patient organizations, and representatives from civil society. GOLD is a member of the Forum of International Respiratory Societies (FIRS), which is composed of the world's leading respiratory societies that collectively work to improve lung health across the globe.

World COPD Day was established in 2002. Over 50 countries worldwide participate in the celebrations, which is the world's largest and most important event on COPD. Every year, GOLD chooses a particular theme to mark the event. This year's theme is 'All Together to End COPD, which highlights the importance of working together collectively to put an end to COPD.

‘World COPD Day is celebrated on the third Wednesday of November every year and raises awareness about COPD and its life-threatening complications. It emphasizes on prevention and treatment strategies to reduce the global burden of COPD.’
Read More..

The major objectives of World COPD Day are briefly stated below:

COPD and its Complications

Living with COPD can become progressively challenging, making it difficult to perform everyday tasks. COPD cannot be cured, but appropriate and timely treatment can relieve symptoms, improve the quality of life and significantly reduce the risk of death.

World COPD Day can be celebrated in many ways, some of which are highlighted below:

A new research tool nicknamed 'CAPTURE' has been developed by scientists at the National Institutes of Health (NIH), Bethesda, Maryland, USA. This is essentially a breathing test coupled with a simple questionnaire that helps doctors detect individuals at risk of developing COPD prior to the manifestation of the symptoms.

Besides the above innovation, the NIH is also carrying out the COPD Gene Study, which is investigating why some smokers develop COPD, while others don't.

The NIH has also conducted the following three major clinical trials that have shed new light in the area of COPD: NIH scientists are also investigating the efficacy of pneumococcal vaccines, the antibiotic azithromycin, and statins (cholesterol-lowering drugs) in reducing the severity of the symptoms in patients suffering from COPD.

The following health tips will help to prevent the occurrence or delay the onset of COPD:

As cigarette smoking is the single most serious risk factor for the development of COPD, countries across the world are urged to adopt the WHO Framework Convention on Tobacco Control (WHO-FCTC) and implement the MPOWER Tobacco Control Strategy so that non-smoking eventually becomes the global norm. This will contribute significantly towards the reduction of the global burden of COPD. 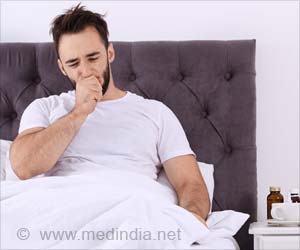 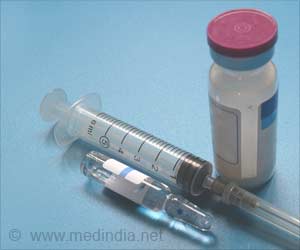 Mepolizumab Antibody Therapy to Help Treatment of Resistant COPD Patients
About 40% of COPD patients are resistant to standard treatment and continue to have flare ups; mepolizumab, an antibody therapy may help them, says study.
READ MORE