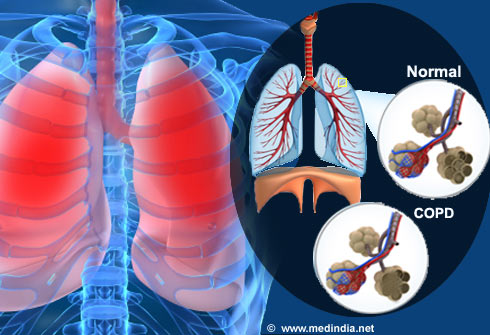 Chronic Obstructive Pulmonary Disease (COPD) is a group of progressive lung diseases in which there is an obstruction to the air flow. Since breathing requires more energy if you have COPD, you need more of energy boosting foods. Although you may need more calories than people without COPD, you also have to maintain a healthy body weight so that your heart and lungs do not have to work harder. Here are some foods that can help you make healthy choices. 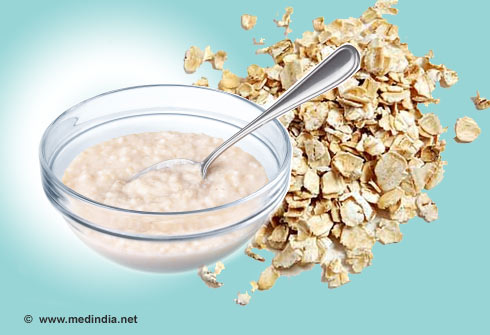 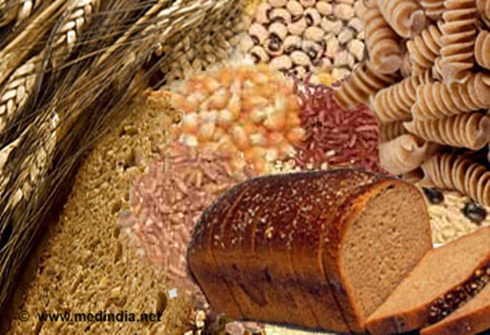 Whole grain foods such as whole wheat bread, brown rice, whole wheat pasta and whole grain ready-to-eat cereals are a good source of calories and dietary fiber and highly benefit people with COPD. For example, a MORGEN study published in the journal Respiratory Research stated that intake of more than 180 g/day of fruits and more than 45 g/day of whole grains could independently lower COPD symptoms by 50 percent. 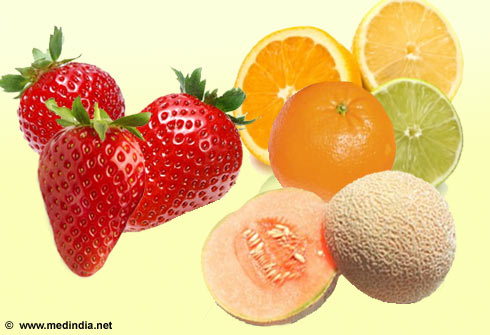 Cantaloupe, strawberries and other fresh fruits that are high in vitamin C have been found to benefit COPD patients. Studies have shown that daily intake of vitamin C at levels slightly exceeding the Recommended Dietary Allowance of 60 mg/day among nonsmokers and 100 mg/day among smokers (smokers are highly susceptible to COPD, by the way) may have a protective effect. Further, consumption of fresh fruit by children has been related to a lower prevalence of asthma symptoms and better lung function. 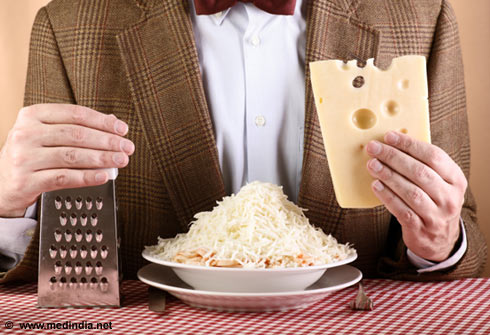 Cheese is a good source of protein, zinc, calcium and phosphorus. Add it to your veggies or whole grains to increase the nutrient value and caloric value of your diet. On the downside, it is very high in sodium, for example, a cup of shredded cheese (113g) provides 1616mg or about 67 percent of the daily requirement of sodium. 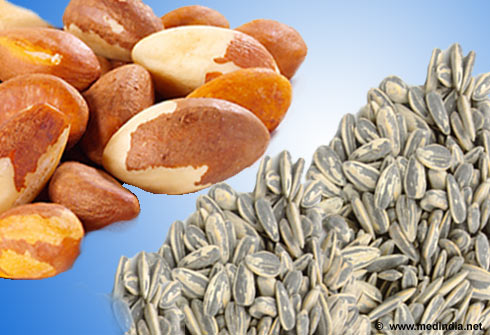 Studies have shown that people with COPD have lower levels of selenium in plasma. It is more evident in those with low levels of arterial oxygen pressure. The required daily allowance for selenium in general is 79 microgram. Brazil nuts (1917 microgram per 100g) and sunflower seeds (79 microgram per 100g) are very rich sources of selenium. In addition, they are also great sources of magnesium. 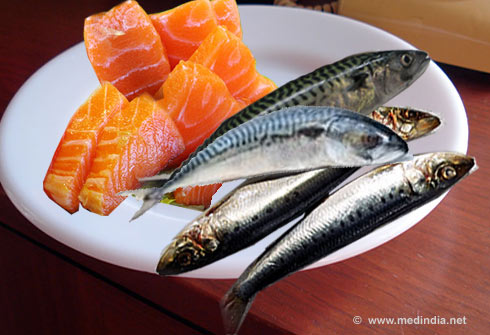 Fatty fish such as tuna, mackerel, lake trout and sardines are rich in omega-3 fatty acids that are beneficial to people with COPD since this condition is characterized by chronic inflammation. Omega-3 polyunsaturated fatty acids (PUFA) have anti-inflammatory effects and nutritional support with an omega-3 rich diet is a safe and practical method for treating COPD, according to a Japanese study published in the journal Chest. Studies also suggest that omega-3 fatty acids may have a potentially protective effect against airway hyper-reactivity and decreasing lung function. 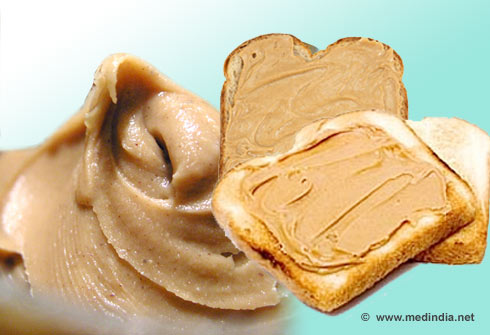 People with COPD use more energy (430 to 720 calories) while breathing than the average person. So, sometimes you may need to add calorie-rich foods to your diet to produce energy to prevent weakening of the diaphragm and other pulmonary muscles. One of the healthy ways to add calories is by consuming unsalted peanut butter. Two tablespoons of smooth, unsalted peanut butter contains 188 calories, 16g of total fat, zero cholesterol and very low sodium.

9/13
Milk and dairy products are the main source of calcium. Calcium helps with lung function, muscle contraction and blood clotting. It also helps the immune system, makes the bones strong and prevents osteoporosis. Adults up to the age of 50 years should get 200 IU of calcium per day and those above 50 need 400 IU of calcium daily. Calcium normally acts along with magnesium and vitamin D, and milk is a good source of vitamin D and a passable source of magnesium as well. 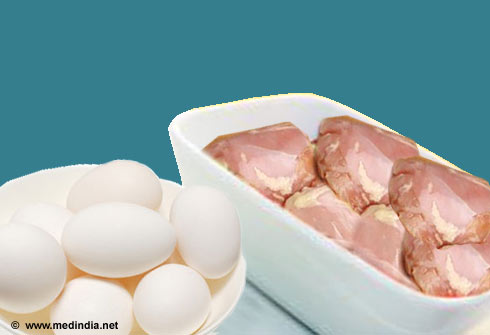 Poultry and eggs are one of the best sources of protein and protein is very important if you have COPD. This is because protein produces antibodies that fight infection and low protein means the lungs will not be able to fight infections. Moreover, chicken and turkey are high in selenium and vitamin B6 both of which are beneficial to COPD patients. However, they are high in tryptophan as well, so, excess of poultry consumption could aggravate respiratory problems. 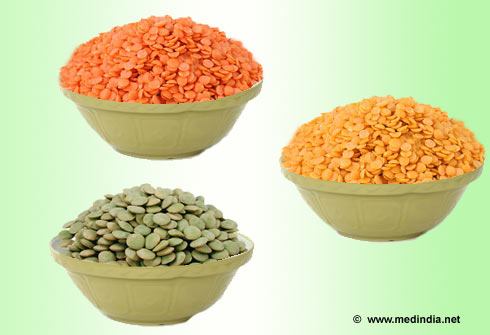 Lentil is again a good source of plant protein, iron and phosphorus. It is also a very good source of dietary fiber, folate and manganese, all of which are beneficial for people with COPD. An added advantage is that this food is very low in saturated fat, cholesterol and sodium. A cup of unsalted cooked lentils (198g) provides 230 calories, 18g of protein and 16g of dietary fiber. 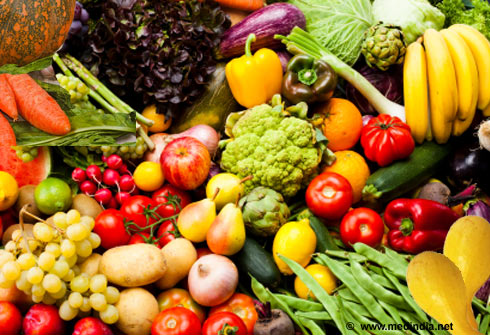 Colored vegetables such as red bell pepper, broccoli, yellow squash, and vegetables high in vitamin A such as sweet potato, carrot and pumpkin reduce COPD risk and breathlessness. Pumpkin also contains selenium, magnesium and vitamin C. An Australian study found that 'Among the nutrients contained in vegetables and fruits, vitamin A was particularly significant with an estimated 52 percent reduction in COPD risk at the highest level of intake'.

Diet tips for people with COPD 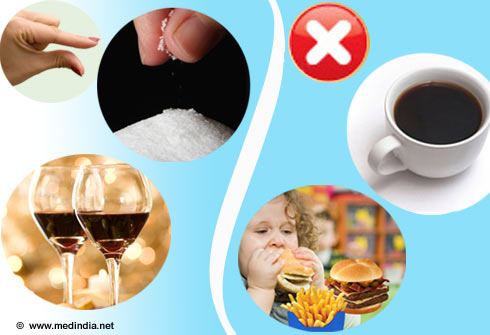 » Limit sodium intake to avoid water retention in the body.

» Avoid foods that cause gas or bloating.

» Drink plenty of fluids but not if you have heart problems as well.

» Choose foods that are easy to chew.

» Limit alcohol since it may slow your breathing.

» Eat while sitting up.

Middle East Respiratory Syndrome MERS, a newly discovered respiratory disease, was recently reported in the Arabian region. MERS is caused by a virus similar to that causing common cold and other respiratory illnesses.

Worst Mistakes Parents Make When Talking to Kids
View all