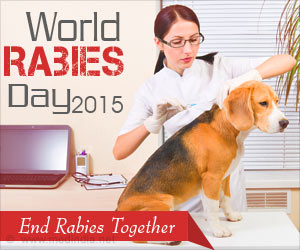 Whether you are a pet owner, a parent, an adventurer or a backyard explorer; there are things which you can do to initiate rabies control. So, September 28th is globally observed as World Rabies Day with an aim to enhance awareness about rabies and also to encourage the efforts to prevent and control the disease.

World Rabies day was initially co-sponsored by Centers for Disease Control and Prevention (CDC) and the Alliance for Rabies Control (ARC) in 2007 and now it is being celebrated in many countries throughout the world including the United States. The World Rabies Day was launched with the aim of highlighting the public health impact of human and animal rabies.


The intention behind observing World Rabies Day was to ensure the focus of the public in taking steps towards preventing and controlling rabies through immunization of pets like dogs, cats with rabies vaccine; providing information on how to avoid the animals which are known to spread rabies such as raccoons, bats, skunks, and foxes.


The World Rabies day is celebrated through various events all of which aim towards increasing the awareness about rabies. The Global Alliance for Rabies Control (GARC) leads the day from the forefront by collaborating with other international organizations such as FAO, OIE and WHO, Governments and other stakeholders across the medical and veterinary sectors to effect a positive and sustained change.

Some Facts about Rabies

The major concern is that rabies; a fatal disease still does not have any cure once a patient develops the symptoms of rabies. Statistics have showed a count of 55,000 plus for rabies related deaths every year all around the world. Studies in United States showed that one to two people die annually and the number of animal rabies cases reported in the year 2012 was more than 6,000. Rabies is a deadly disease which is a major health challenge as it is present in all parts of the world.

Rabies is a viral disease which is caused by the bite of the animal carrying the virus. Canine rabies is a form of rabies and it is uncontrolled in many parts of the world causing a rabies threat due to a large population of stray dogs. The stray dogs also come in contact with other animals and hence the potential to increase the transmission of the rabies virus

The disease is caused by an infection of virus which invades the nervous system of mammals. The virus is transmitted from the saliva of the infected animals through animal bites or scratch. Following the infection, the virus spreads to the nerves to spinal cord or brain and leads to behavioural changes and clinical signs of the disease.

What are the Key Symptoms of Rabies?

The key influencers causing the development of the disease symptoms are:

What Happens if you Have Rabies?

There are various tell-tale signs which can help you in identifying rabies in humans, the primary signs and symptoms are: In more severe cases, with the increasing hydrophobia, spasms in neck or throat are instigated by even the sight of water. The illness lasts for 2 to 3 days but sometimes it may extend up to 6 days as well.

The various steps which are recommended for rabies prevention include:

Taking pets to a veterinarian to get them rabies vaccination. Maintaining distance from the wildlife and unfamiliar animals.

Post exposure rabies prophylaxis is mandatory in individuals who have been bitten by a dog, cat or any other animal which is rabid or suspected to be carrying rabies virus. World Rabies Day can be used as a platform to promote the prophylactic treatment of rabies. 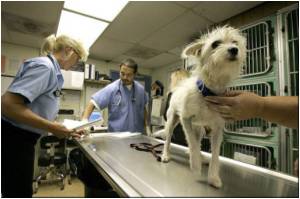 Study Finds Rabies Virus a Potential Cure for Cancer
The vesicular stomatitis virus (VSV), belonging to the same family as the deadly Rabies-virus, has been found to play a dual role in killing cancer cells.
READ MORE

Test Trials For New Rabies Antibody Launched in India
A clinical trial testing the safety and activity of a human monoclonal antibody (MAB) developed to neutralize the rabies virus has been launched in King Edward Memorial Hospital in Mumbai, India.
READ MORE

Rabies Alarm in France Prompts Treatment for Five Persons After Contact With Rabid Kitten
Five people who came into contact with a kitten that died of rabies, a disease which is potentially deadly to humans, were given preventive treatment, French authorities said Friday.
READ MORE