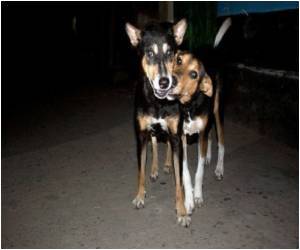 A nationwide move to destroy, vaccinate, and neuter stray dogs has been planned in Bangladesh after alarming figures showed rabies to be a major killer.

Nearly 100,000 people reported being bitten by dogs in 2009 and at least 2,000 people died of rabies, said Moazzem Hossain, head of disease control at the government's health department.

"Rabies has emerged as a huge public health concern," he said, adding that Bangladesh had the highest per capita rate of rabies deaths in the world.


"Rabies does not get the kind of attention that AIDS or malaria get although they kill only scores, not even hundreds, of people here," he said.

Soon, A Single Shot Could Be Enough To Protect Against Rabies

Researchers say that a single shot of vaccine might soon be efficient enough to provide protection against rabies.
Advertisement
The new anti-rabies drive, set to kick off next month, will see teams sent out to round up hundreds of thousands of stray dogs nationwide, culling all rabid animals and neutering and vaccinating others.

In 2009, Bangladesh launched a similar huge drive against stray dogs after a shortage of anti-rabies vaccine led to a spate of deaths from the disease.

Dhaka city authorities sent out crack squads to kill dogs, culling up to 20,000 strays during the campaign, officials said at the time.

Earlier this month, the government introduced a new vaccine to help prevent rabies, finally stopping its reliance on the "nerve tissue vaccine" which the World Health Organisation ordered should be phased out worldwide in 2006.

Costs of animal disease outbreaks would increase sharply with urbanization and a growing demand for animal products, warned the UN's Food and Agriculture Organization on Monday.
Advertisement
Advertisement