Acute Encephalitis Syndrome in India: Could Litchi be the Culprit?

Acute encephalitis syndrome (AES), nicknamed 'Chamki Bukhar' in the local dialect, is an umbrella term for conditions associated with inflammation of the brain that may be caused by a variety of infectious agents such as viruses and bacteria.

The major viruses that cause AES include Japanese encephalitis virus (JEV), Nipah virus, Chandipura virus, and enteroviruses. Of these, JEV is the most common cause of AES in India, which accounts for up to 35 percent of cases. It can also be caused by certain chemicals and toxins. Its symptoms include fever, headache, vomiting, memory loss, personality changes, dementia, seizures, coma, and even death.
Acute Encephalitis Syndrome in India: Could Litchi be the Culprit?

The patterns of AES in India, based on the causative agent, have changed appreciably over the years, which are briefly highlighted below:

In the current AES outbreak in Bihar, cases have been detected in 12 districts, including Muzaffarpur, East Champaran, and Vaishali, with Muzaffarpur being the worst affected. Poor children below the age of 10 years have been affected. They are usually fine while going to sleep, but wake up in the morning with high fever, vomiting, convulsions, and seizures, with one-in-three cases, resulting in death within 24 to 36 hours. Over the past decade, more than 1,350 children have died from AES in Bihar, with a record number of 355 in 2014. As of Friday 28th June, 2019, the death toll in Muzaffarpur stands at 133.

AES is generally associated with JEV, which is spread by the bite of infected Culex mosquitoes. However, in the current outbreak in Bihar there is hardly any evidence that JEV was involved (only two cases of JEV have been detected). So, there has been a focus on litchis as a possible causative agent, based on circumstantial evidence.


‘An outbreak of acute encephalitis syndrome (AES) is currently ongoing in Bihar, India, which has killed 133 children so far. Toxins present in litchi have been suspected to be the cause of death.’
Read More..


Outbreaks of AES are not new to the region. They have occurred since 1995 during the summertime in and around Muzaffarpur, which coincides with the litchi season. Muzaffarpur is sometimes regarded as India's 'Lichi Paradise' as there are numerous litchi orchards in the region, producing huge quantities of the fruit. This is also one of the poorest regions in India. Therefore, it is highly likely that poor, malnourished, children could consume excess amounts of litchis on an empty stomach out of sheer hunger.


Where Else Has Litchi been Incriminated?

It is not just India, where litchi has been incriminated as a causative agent of AES. Outbreaks of AES have also been observed in litchi-growing regions of Bangladesh and Vietnam. For example, in 2012, a major outbreak was reported from Dinajpur district in northern Bangladesh. AES outbreaks have also been reported from the Bac Giang Province in northern Vietnam since the end of the 1990s, which coincided with the litchi harvesting season. Other countries where there is concern of AES arising from litchi toxicity include southern China, northern Thailand, the Terai of the Central and Eastern Development Regions of Nepal, and the Cordillera Autonomous Region of the Philippines.

Mechanism of Action of Litchi Toxicity

A research study conducted in 2017 identified two toxins in litchi seed, called methylene cyclopropyl acetic acid (MCPA) and methylene cyclopropyl glycine (MCPG). Both toxins block a metabolic pathway called gluconeogenesis, which synthesizes glucose from non-glucose sources such as proteins and fats, thereby helping the body to maintain adequate blood sugar levels. However, since the toxins stop gluconeogenesis, blood sugar levels plummet, resulting in severe hypoglycemia. Hypoglycemia is accompanied by aminoacidemia, which results in brain damage due to the development of full-blown AES.


Litchi - Just the 'Tip of the Iceberg'

It should be noted that people residing in the litchi-growing areas of Bihar, such as Muzaffarpur - often called the 'Litchi Bowl' of India - live in abject poverty, often struggling to find two square meals a day. Under these circumstances, it is but natural that children of these families eat litchis on an empty stomach. Since these children are severely malnourished, their blood sugar levels are already low due to depletion of glycogen reserves in the liver, thereby necessitating gluconeogenesis. However, since the litchi toxins (MCPA and MCPG) block gluconeogenesis, it results in brain damage due to a condition called hypoglycemic encephalopathy - a manifestation of AES. This does not happen in healthy, well-nourished children, who have adequate glycogen reserves in the liver to replenish the low blood glucose levels. Therefore, it becomes apparent that it is not just the litchis, but also malnourishment arising from severe poverty that is responsible for the fate of these unfortunate children.

There are multiple factors at play that are responsible for the deaths of 133 children in Muzaffarpur, so far. Litchi is just one factor that acted as a trigger, while the underlying causes are many, which have widespread ramifications. Some of these are highlighted below:

Should Economic Losses be Equated to Lives Lost?

In the midst of this grave human tragedy, there is talk of the loss to the litchi industry in Bihar. Market experts have estimated that the industry has suffered almost INR 1 billion in revenue this season, with litchi prices falling below 50 percent. They have also indicated that some countries like USA, UK, Australia, United Arab Emirates (UAE), and New Zealand have temporarily stopped importing litchi juice from India. However, it should be noted that financial losses are not permanent and can be recovered once again, but the loss of human lives is permanent, which cannot be brought back. Hence, it is rather inhuman to talk of economic losses when human lives are at stake.

From the foregoing discussion, it is evident that there is a direct link between AES and litchis, as it is the toxins present in this fruit that are directly responsible for precipitating the condition. Nevertheless, there are also many other factors that indirectly contribute to the problem, with litchi merely acting as a trigger. 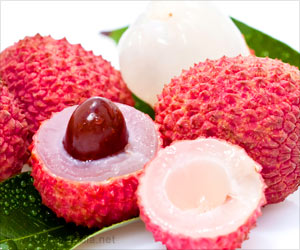 Deaths In Bangladeshi Children Linked To Use of Toxic Chemicals on Fruit Trees
The deaths that occurred in Bangladesh in 2012, were due to the exposure of orchards to a multiple of highly toxic agrochemicals, which were used on food crops.
READ MORE

Litchi Fruit Suspected in Mystery Brain Disease in India
The mysterious and sometimes fatal brain disease that has afflicted children in northeastern India for several years could be linked to a toxic substance in litchi fruits.
READ MORE 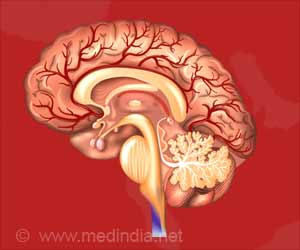 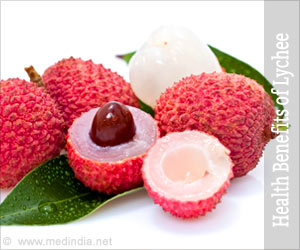 Health Benefits of Lychee
Here are the health benefits of the delicious, sweet and juicy lychee, and these are some mouth-watering recipes that help you cook with it.
READ MORE