Mystery Behind The Childrens Death in Bihar: Toxins in Litchi

Written by Julia Samuel
Medically Reviewed by The Medindia Medical Review Team on February 3, 2017 at 3:37 PM 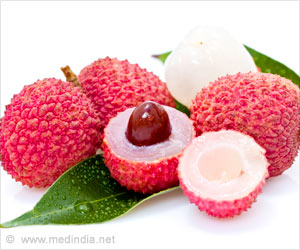 Nature is man's best friend but we have to be careful in how we treat our best friend.

In 2014, a popular summer fruit, litchi killed many children in Bihar, the largest producer of litchis.

Health Benefits of Lychee
Here are the health benefits of the delicious, sweet and juicy lychee, and these are some mouth-watering recipes that help you cook with it.
Advertisement
‘Hypoglycin A and methylenecyclopropylglycine which are naturally present in litchi fruit block enzymes involved in normal glucose metabolism and this results in an inability to synthesis glucose leading to acutely low level of blood sugar.’

It was almost a mystery as to why litchi suddenly turned fatal. Health experts tried to come up with some explanations - some said it was a deadly virus, while others advised not to consume unripe litchis - but nothing was concrete.


The litchi mystery seems to have finally been solved now. It has been found that litchi contains certain natural toxins, mainly said to be in the seeds. Apparently, the toxic nature of litchi is not an unknown fact. In ancient China, which is said to be the native place of litchi, people were aware of the fact and were cautious about it.

Convulsions
Seizure or a convulsion is a result of abnormal electrical activity in the brain. If there are two or more unprovoked seizures at an interval of at least 24 hours, it is referred to as epilepsy.
Advertisement
According to a research study done by a team of researchers from US and India, it stated, "Our investigation suggests an outbreak of acute encephalopathy in Muzaffarpur associated with both hypoglycin A and MCPG toxicity."

Hypoglycin A and methylenecyclopropylglycine (MCPG), which are naturally present in litchi fruit, block enzymes involved in normal glucose metabolism and this results in an inability to synthesis glucose leading to acutely low level of blood sugar.

The outbreaks of the unexplained acute neurological illness with high mortality among children were mainly due to toxicity. This toxicity in litchi can arise due to several factors such as humidity, heat, pesticides.

The study also found that litchis, particularly unripe fruits, contain an amino acid that affects blood glucose levels severely. "Parents in affected villages report that during May and June, young children frequently spend their day eating litchis in the surrounding orchards; many return home in the evening uninterested in eating a meal," the researchers wrote.

"In late 2013, CDC colleagues in Atlanta brought to our attention the well reported case of toxic hypoglycaemic syndrome in West Indies caused by hypoglycin A, a toxin found in ackee fruit, which is in the same family as litchi," she says.

During the study, urine samples showed that two-thirds of the ill children showed evidence of exposure to toxins found in lychee seeds, found in higher levels in unripe fruits. Due to these toxins glucose synthesis is severely impaired, leading to dangerously low blood sugar and brain inflammation in the children.

"To prevent illness and reduce mortality in the region, we recommended minimising litchi consumption, ensuring receipt of an evening meal and implementing rapid glucose correction for suspected illness," advised the researchers.

If a child falls ill, the researchers said they should be treated quickly to correct their glucose levels to prevent lasting damage such as mental impairment, muscle weakness and movement disorders.

Advertisement
<< Guidelines For Physicians on Prevention, Treatment of Childh...
World Cancer Day 2017: We Can. I Can. >>

Coma
Coma is a deep state of unconsciousness where the affected individual is alive but is not able to react or respond to external stimuli. The outcome ranges from full recovery to death.

Detox Diet
News Archive
News Resource
Advertisement
News Category
Milestone In Voluntary Blood Donation Achieved Samsung Reinvents Toilet for the Poor Which is a Better Form of Exercise: Daily or Weekly? First Phase of Foot-and-Mouth Disease Vaccination Shocking News: Polio Cases Return After a Decade in the US
More News
Sign up for Wellness Consult a Doctor Sign up for Selfcare