What You Ought To Know About Vascular Dementia?

What is Vascular Dementia?

Vascular dementia is the most common type of dementia next to Alzheimers disease.

Vascular dementia refers to a decline in memory and cognitive functions caused due to blockage in blood supply to the brain. It is also called as Vascular Cognitive Impairment (VCI). 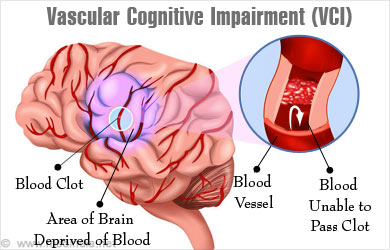 What are the Causes of Vascular Dementia?

Factors that increase the risk of a person developing vascular dementia include the following:

What are the Types of Vascular Dementia?

Stroke-Related Dementia: Stroke occurs when the blood supply to a part of the brain gets cut off suddenly. It is often caused by a clot, but may occur due to a bleed in the brain as well. Dementia that occurs following a stroke is referred to as post-stroke dementia. Post-stroke dementia occurs in about 20% individuals who have suffered from a stroke. The part of the brain where the death of cells occurs due to reduced blood supply is called an infarct. If dementia is due to a single infarct that affects an important part of the brain, it is referred to as single-infarct dementia. If it occurs due to multiple small infarcts, it is called multi-infarct dementia.

Subcortical Dementia: Subcortical dementia is caused due to the stiffening of very small blood vessels deep inside the brain. The damage occurs to the nerve fibers known as white matter. This is the most common form of vascular dementia.

Mixed Dementia: It is a combination of both vascular dementia and Alzheimer''s disease. At least 10% of people with dementia suffer from mixed dementia.

What are the Symptoms and Signs of Vascular Dementia?

A patient with vascular dementia often exhibits physical symptoms of the stroke like paralysis or loss of bladder control. Dementia symptoms usually worsen in a stepwise manner in a stroke-related dementia, making the patient completely dependent on the caregiver in the later stages. The most common symptoms of vascular dementia include: 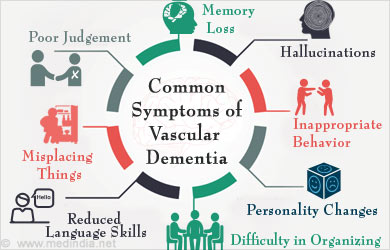 How to Diagnose Vascular Dementia?

It is very difficult to diagnose vascular cognitive impairment. But people who are at high-risk for developing dementia must undergo certain tests to access their cognitive functioning. Diagnosis of vascular dementia involves the following tests: 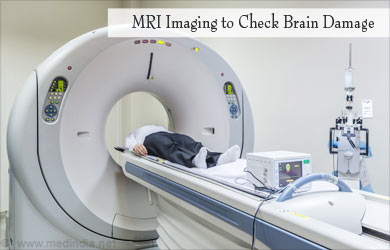 How do you Treat Vascular Dementia?

Treatment cannot cure the person affected with vascular dementia completely. But still certain measures and drugs can help alleviate the symptoms of the disease. As an important cause of vascular dementia is a stroke, medications to prevent the occurrence of strokes can be given to the high-risk individuals.

Diseases such as hypertension, diabetes and obesity that occur due to lifestyle changes can lead to strokes. Therefore drugs to control blood sugar levels, cholesterol and blood pressure can be given to reduce the risk. A healthy diet and regular exercise can also reduce the risk of the disease. One must abstain from alcohol and smoking to lessen the risk of strokes.

Drugs such as anti-platelets (aspirin) can be prescribed to prevent the formation of clots in the blood vessels. Anti-coagulants (warfarin) can prevent strokes. As the person affected with dementia can feel depressed and also restlessness, they can be prescribed anti-depressants. Recently cholinesterase inhibitor medications such as donepezil and galantamine that are given to people with Alzheimer''s disease may provide benefit to some people with vascular dementia, though they are not approved for this purpose.

Carotid endarterectomy is a surgical procedure that can remove blocks in the carotid artery. This is very rarely recommended for patients with vascular dementia. 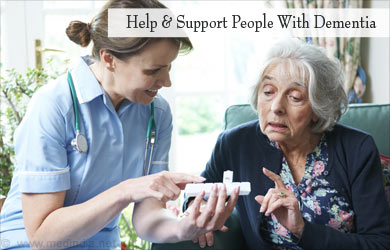 How do you Prevent Vascular Dementia?

The following can help in the prevention of vascular dementia: 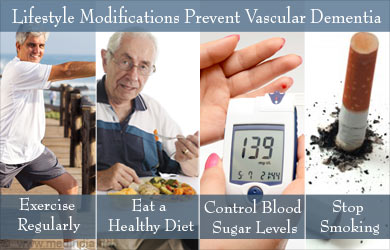 Test Your Knowledge on Dementia
Dementia is a leading cause of disability in older people. It is a condition where brain cells are permanently damaged or functionally impaired. Till 2015, about 47.5 million people suffer from dementia across the globe. There are various conditions ...

Resveratrol Has a Positive Effect on Vascular Dementia
Resveratrol, a polyphenolic compound, is synthesized in several plants and possesses beneficial biological effects, which include anti-oxidant, anti-inflammatory and anti-carcinogenic properties.