A study was published in Science Translational Medicine by researchers at the University of Washington, Seattle, who sequenced the entire genome of a fetus with the DNA obtained from the mother's blood. The accomplishment is a huge leap forward for non-invasive prenatal genetic testing.

Seattle scientists led by Dr. Jay Shendure have shown that non-invasive pre-natal genetic testing method using maternal blood could not just be applied to detect large chromosomal abnormalities like Down's syndrome, but could also be used to determine the complete sequence of the fetal genome.

This enables detection of virtually any known congenital genetic disease since it can detect all types of DNA mutations.


The next-generation sequencing technologies continue to make sequencing easier for individual genomic DNA. Sequencing of fetal genome becomes difficult because of mixing of maternal and fetal DNA in mother's blood; however, by using the fact that only one-half of the base-pairs come from mother and the other half of the child's DNA is from father, the difference in the DNA could be identified. Normally, high-throughput sequencing is done of small fragments of DNA that are then put-together based on matching overlapping portions. The DNA from mother is sequenced over-and-over again to match the overlapping regions and to assemble the two distinct, yet similar genomes. To find out which was the child's DNA, the scientists had to sequence the father's DNA. The sequence that was more similar to the father's was the child's DNA, while the other was the mother's DNA.

It may take a few more years for this new technology to be available for routine use. The scientists were successful in sequencing 98% of the fetal DNA using mother's blood, which they could confirm after checking their results with the baby's blood after birth. The essence of this study lies in the fact that the study confirms the practical feasibility of the method for prenatal diagnostics and also validates the uses of non-invasive fetal genetic tests using mother's blood.

Stanford Study Finds Genetic Testing Improved Student Learning in Personalized Medicine Class
Students who had their genome tested as part of a new medical school course on personalized medicine improved their knowledge of the class materials by an average of 31 percent.
READ MORE 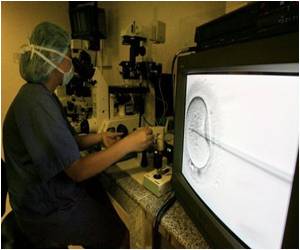 Study Finds That Moms Often Talk to Children About the Results of Cancer Genetic Testing
Mothers commonly talk to their children about genetic test results, according to a new study.
READ MORE