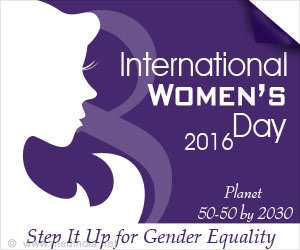 "We are women and are here to empower the world by strengthening lives and promoting growth." This women's day marks the need to end gender discrimination by raising awareness, developing skills and changing attitudes.

Worldwide, women continue to contribute to social, economic, cultural and political achievement, and we have much to celebrate on this International Women's Day.


‘Let's strive for ending gender discrimination and violence on women by raising our voice and support on this International Womens day.’


"Step It Up" asks governments to make national commitments that will close the gender equality gap - from laws and policies to national action plans and adequate investment.

In India, International Women's Day is celebrated by the people with great zeal and passion to increase the awareness about women's rights. This event plays an important role in getting the real message of women's right to the society. It promotes better living conditions for women by finding ways to deal with their social issues.

Gender equality is among the list of 17 Global Goals that make up the 2030 Agenda for Sustainable Development. The United Nation framed the 'Millennium Project' to achieve the Millennium Developmental Goals (MDGs) with a deadline of 2015. The goals include:
Gender Parity was one of the goals and so far the achievements are as follows:

UN data shows that two-thirds of countries have achieved gender parity in primary education around the world. Also, the proportion of paid jobs and parliamentary seats continue to increase substantially in many developing and under developing countries. The average percentage of women in parliament rose from 11 percent in 1995 to 22 percent in January 2015 globally.

In 2015, one of the major developments in gender parity noticed was the 'Historic Election in Saudi Arabia' where women voted for the first time. In 2014, Malala Youzifsai won the Nobel Peace Prize for Children's Right to Education. She became a symbol of courage for girls to stand up for their educational rights.

Therefore, this women's day is primarily focused on gender parity to raise awareness and bring substantial changes in the attitudes and behavior among people in today's world.

The idea of this theme is to accelerate the 2030 Agenda, building momentum for effective implementation of the new Sustainable Development Goals.

Its key target areas are:

"Let us devote solid funding, courageous advocacy and unbending political will to achieving gender equality around the world. There is no greater investment in our common future". - UN Secretary-General, Ban Ki-moon

Women and girls comprise more than half of the global population. They contribute to the society, every day in many visible and invisible ways as teachers, farmers, businesswomen, politicians, mothers, law enforcers among others. It's time to take initiative to give them equal rights and stop violence against women. Women's growth is vital in enriching economic, social and political achievements. Therefore, every man and woman need to pledge to take a firm step to help achieve gender parity. Each of us can be a leader within our own spheres of influence and commit to take pragmatic action to accelerate gender parity. Globally, with individuals pledging to move from talk to purposeful action, we can collectively help women advance equal to their numbers and realize the limitless potential they offer economies the world over.

The Global Gender Gap Report 2015 estimates that it will take until 117 years to achieve global gender parity in the workplace. Should we wait so long to empower women?

No, just by recognizing women in your society, workplace and at home can help achieve gender parity much sooner than estimated. It's not only women, but also men must come forward to help in the advancement of women in every aspect. Pledge to end gender discrimination by taking these simple steps:
The pathway to achieve gender parity is within us. Happy Women's Day! 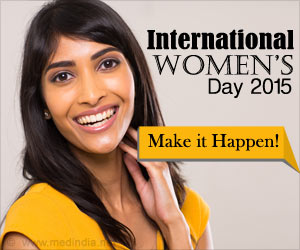 International Womens Day 2015: Make It Happen!
International Women's Day (IWD), which is celebrated on March 8th every year, is a time to call for change and honor ordinary women for their extraordinary efforts!
READ MORE 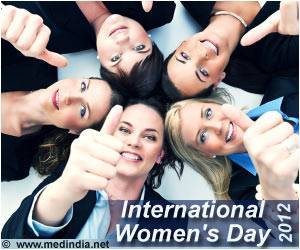 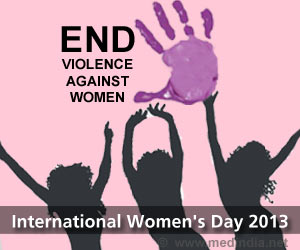 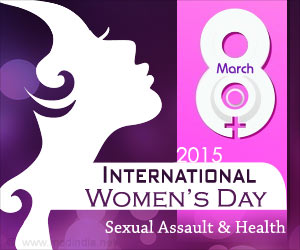