Arrhythmia is one of the biggest problems when stem cells are used for heart regeneration. Irregular and abnormal heartbeats occur after heart regeneration using heart muscle cells from induced pluripotent stem cells. The heartbeat is found to stabilize on its own after 12 weeks. Researchers from Shinshu University found that the reason for the arrhythmia to solve by itself was due to the change in properties of the cells after the heart transplantation.

In the right conditions, stem cells divide to either produce new stem cells or become specialized cells with a specific function.
Why Irregular Heartbeats Occur After Heart Regeneration With Stem Cells?


Induced pluripotent stem cells (iPS) stem cells that are created in the laboratory by using tissue-specific cells. These stem cells can become almost any type of specialized cell in the body. They resemble embryonic stem cells.


How was the Experiment Performed?

Heart muscle cells were prepared by using induced pluripotent stem cells. After 20 days, the heart muscles were formed. On the twentieth day, the researchers harvested and cryopreserved the cells.

The experiment was performed both in vivo and in vitro, and the cells were observed in two weeks, four weeks, and twelve weeks.

Samples grown in vitro were two dimensional, and three-dimensional samples were also prepared so that it would be closer to the graft in vivo. For the in vivo experiment, the thawed cells after twenty days were transplanted in to rat hearts. The prognosis was similarly observed at two weeks, four weeks and twelve weeks.

In vivo experiments were performed with healthy hearts and hearts with an induced heart attack.


What was the Previously Assumed Cause of Arrhythmia?

Arrhythmia was noted between the 2nd and 4th weeks in a previous study of macaques. It was hypothesized that the arrhythmia was a result of the activity of the transplanted cells.

In general, arrhythmia during heart attacks is referred to as 're-entry'. The electricity within the heart goes haywire which loops around inside the heart.

These conclusions drove the research team to find out the actual cause of arrhythmia in heart transplant cells by observing the cells at different time points.


What did the Researchers Observe?

The researchers created cardiomyocyte cells and observed their electrical properties.

Two types of heart muscle cells are formed from an induced pluripotent stem cell. After the twelfth week in vivo, the graft started to grow. However, immediately after transplantation, the graft was very small

The researchers found that in the twelfth week, the graft was mostly made up of working-type cells. The nodal-like cells significantly decreased by then.


Why does Nodal-Like Cells Decrease In Vivo?

The researchers performed many experiments, but they did not find any satisfactory explanation.

One explanation the researchers finally found was the abundance of SHOX2 in proliferating cells before transplantation. SHOX2 generally plays a vital role in the development and differentiation of the cardiac conduction system.

The researchers confirmed the results at the RNA level by using PCA tools analysis. The observed the fetal human heart RNA and adult human heart RNA.

RNA levels were tested both in vitro and in vivo. The analysis shows that only working-type cells increase significantly after transplantation.

In summary, one of the biggest obstacles of regenerative medicine for the heart is arrhythmia. If left on its own, the arrhythmia is solved. The study helps explain the possible mechanism of why arrhythmia occurs and how it resolves itself. 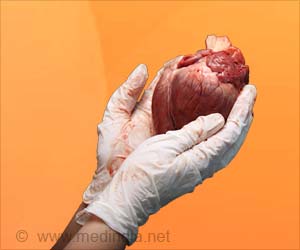 Donor Heart at Increased Disease Risk is Better Than Disease-free Heart
Heart transplantation with donor hearts at increased risk of disease can prolong survival of transplant recipients. Over 92% survival rates can be achieved even after 1 year, which can extend up to 5 years.
READ MORE

Diet from Crete for Healthy Heart
Mediterranean diets, special attention has been given to the traditional Greek Cretan diet. It emphasises the consumption of olive oil, whole grains, pulses, wild greens, herbs and fruits.
READ MORE