Palpitations are unpleasant sensations of one's own heartbeat.

People describe palpitations in various ways, such as racing heartbeat, fast heartbeat, and fluttering or skipped beat. Most palpitations are harmless; however if they occur regularly a check up is warranted.

The heart is a muscular tissue with four chambers for receiving and pumping out blood. These chambers have to beat in synchronization throughout our life - almost 20 billion times. To provide this synchronization there are specific pace-making areas that emit regular electrical impulses that are transmitted to the cardiac muscles. The main electrical impulses are generated in the right upper chamber of the heart [Right atrium] by the sino-atrial node. This node is called the pacemaker of the heart. First, the electrical ions or the charged cells move throughout the atrium causing the muscles to contract. This contraction causes blood to fill the lower chambers of the heart [ventricles]. A second power station called the AV node [atrio-ventricular node], is present between the atria and the ventricles. This allows the ventricles to fill completely. Once the impulses travel down the ventricles, they contract pumping blood to the body. This whole cycle is one heartbeat or cardiac cycle. A normal heart beats about 60-100 times per minute. In general, the heart rate increases with exertion or physical or emotional activity and reduces at rest. An electrocardiogram can record these electrical impulses as waveforms.

Palpitations occur differently in different people. Everybody encounters an extra beat or two often. Most people are unaware of it. These ectopic beats are not harmful and do not pose danger or damage to your heart. In England, over 700,000 people have palpitations. Palpitations that are infrequent and not associated with any other symptoms may not require further investigations. However, patients with frequent palpitations associated with symptoms such as shortness of breath, dizziness or syncope (loss of consciousness) need to be checked by a physician.

Latest Publications and Research on Palpitations And Arrhythmias

Hamdy from Egypt My sister has been suffering from papitations for some time. Shes may go back to hspital hours after geeting out. Last found was a fibroses of part of the heart muscles. Is this the end? Doctors here in Cairo say they do not know exactly what they can do. They ran an operation of what I can translate into ironing. Of course this is literal translation as I don't know the medical terminoogy for this operation. During this operation they discovered the fibrosis. Thank you in advance for replying.

I am suffering from palpitation since 2001 . Doctors sugested anti anxity drugs for me . such as frisium-5 tablets along with calaptin 40 tablets . with the above medicines I was going on with good except a few occations. now I am again facing palpitation at least once a day for a few minutes . kindly suggest me wheather I am a heart patient or neuro pshycreatic patient .

SA node is in Rt Atrium and not in Lt atrium as stated in your web page.

There is a mistake in the above article.Bradycardia is when the heart rate is less than 60 beats per minute.

Stroke-I
The two broad categories of stroke, hemorrhage and ischemia are diametrically opposite conditions. Hemorrhage is characterized by too much blood within the closed cranial cavity.
READ MORE

Easy Breathing Exercise
Know all about the EASY BREATHING EXERCISES, the classic ancient system of India, and how it flourished under various civilizations
READ MORE 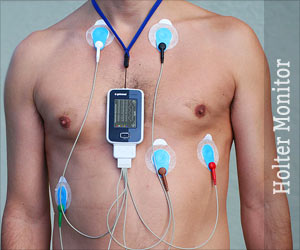 Drugs for Palpitations And Arrhythmias