The team believes this software could speed up the diagnosis and treatment of patients with faulty devices in an emergency setting.


The software, created by researchers at Imperial College London, has been able to identify the make and model of different cardiac rhythm devices, such as pacemakers and defibrillators, within seconds. The study took place at Hammersmith Hospital, part of Imperial College Healthcare NHS Trust.


‘A trained software program called a neural network could significantly speed up the care of patients in an emergency setting with heart rhythm device problems.’
Read More..


Dr. James Howard, Clinical Research Fellow at Imperial College London and lead author of the study, said: "Pacemakers and defibrillators have improved the lives of millions of patients from around the world. However, in some rare cases, these devices can fail, and patients can deteriorate as a result. In these situations, clinicians must quickly identify the type of device a patient has so they can provide treatment such as changing the device's settings or replacing the leads. Unfortunately, current methods are slow and out-dated, and there is a real need to find new and improved ways of identifying devices during emergency settings. Our new software could be a solution as it can identify devices accurately and instantly. This could help clinicians make the best decisions for treating patients."

More than one million people around the world undergo implantation of a cardiac rhythm device each year, with over 50,000 being implanted per year in the UK. These devices are placed under the patients' skin to either help the heart's electrical system function properly or measure heart rhythm. Pacemakers treat slow heart rhythms by 'pacing' the heart to beat faster, whilst defibrillators treat fast heart rhythms by delivering electric shocks to reset the heartbeat back to a normal rhythm.

However, in some rare cases, these devices can lose their ability to control the heartbeat, either because the device malfunctions or the wires connecting it to the heart move out of the correct position. When this happens, patients may experience palpitations, loss of consciousness or inappropriate electric shocks.

In these situations, clinicians need to determine the model of a device to investigate why it has failed. Unless they have access to the records where implantation took place or the patient can tell them, staff must use a flowchart algorithm to identify pacemakers by a process of elimination. The flowchart contains a series of shapes and circuit board components of different pacemakers designed to help clinicians identify the make and model of a patient's pacemaker. Not only is this time-consuming, but these flow charts are now outdated and therefore inaccurate. This can result in delays to delivering care to patients, who are often in critical conditions.

In the new study, researchers trained the software program called a neural network to identify more than 1,600 different cardiac devices from patients.

To use the neural network, the clinician uploads the X-ray image containing the device into a computer, and the software reads the image to give a result on the make and model of the device within seconds.

The team used the programme to see if it could identify the devices from radiographic images of more than 1,500 patients at Hammersmith Hospital between 1998 and 2018. They then compared the results with five cardiologists who used the current flowchart algorithm to identify the devices.

The team found that the software outperformed current methods. It was 99 percent accurate in identifying the manufacturer of a device, compared with only 72 percent accuracy for the flow chart. The team suggests the software could greatly speed up the care of patients with heart rhythm device problems.

The researchers will aim to carry out a further trial to validate the results in a larger group of patients and investigate ways to create a more portable device that can be used on hospital wards. 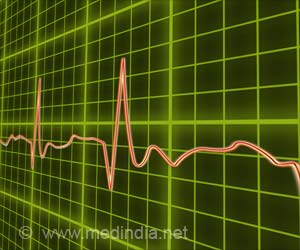