Septicemia is a serious illness wherein a patient develops symptoms due to the presence of bacteria or their toxins in the blood.

Bacteria and other organisms that cause infection in a particular part or organ of the body can invade blood vessels and enter the blood. If the bacteria in the blood do not result in any symptoms, the condition is called bacteremia. Bacteremia resulting in symptoms is called septicemia.

When bacteria or other infective microbes enter the body, the body mounts an immune reaction and tries to kill the invading microbes. Due to this reaction, the patient shows features like increase or decrease in temperature, increase or decrease in white blood cell counts and increase in heart rate and respiratory rate. These features constitute the systemic inflammatory response syndrome (SIRS). A patient with an infection showing a SIRS is said to have sepsis.

Septicemia can be caused by bacteria, viruses and fungi. People with decreased immunity or those who have undergone major surgical procedures or trauma are at increased risk for developing septicemia or sepsis.

Symptoms of septicemia may be caused by the primary infection that led to the septicemia, due to the sepsis per se and/or due to complications of sepsis. Symptoms and signs of septicemia include an increase or decrease in temperature and respiratory rate, an increase in heart rate, confusion and disorientation, and skin lesions.

Septicemia is diagnosed using blood culture and culture of the infected tissues. Other tests like urine test, imaging studies like x-ray, ultrasound, CT scan and MRI help to detect the source of infection and the extent of complications.

Latest Publications and Research on Septicemia

Comments should be on the topic and should not be abusive. The editorial team reserves the right to review and moderate the comments posted on the site.
margy5

can blood infection cause severe headaches, musles very painful, feels like has been kicked and badly bruised. leg has lump in it and goes black. My husband has autoimmue problems to.

I am post hospitalization about 4 weeks. I have a problem with how I feel and forgetting. I am in a fog quite a bit and cannot do some of the things I have always done. ill this go away?

Use Of Vasopressin In Septic Shock Needs Much Caution

Vasopressin should be used with great caution for the treatment of hypotension in septic shock, according to results from an international research team published.

Sepsis and Septic Shock After Surgery Examined in New Study

A report in the July issue of Archives of Surgery, one of the JAMA/Archives journals says that sepsis and septic shock appear to be more common than heart attacks

Action of Leptin in Brain Linked to Sepsis Survival

A new American research has found that the hormone leptin works within the central nervous system (CNS) aiding the body's defence mechanism to keep sepsis at bay.

Genetic makeup has been identified by scientists as a key factor for sepsis that can be a leading cause of death in critically ill patients.

Study Finds Newborns Still at Risk for Sepsis Due to Streptococci and E. Coli

Newborns with bloodstream infections can suffer serious complications with substantial morbidity and mortality.

Researchers from University of Michigan have found in sepsis patients, the neutralizing effects of C5a, may prevent heart failure.

Did u ever think that bacteria are capable of speaking their mind? Well, it appears that they certainly do!

What happens when you Breathe? Learn about Respiratory System and process of respiration

Melioidosis is an infectious disease caused by a bacterium, Burkholderia pseudomallei. Melioidosis causes a wide range of manifestations in the body.

Bacteremia is the presence of viable bacteria in the bloodstream. Blood cultures are used in diagnosis and antibiotics are used to treat bacteremia.

Test Your Knowledge on Sepsis

Sepsis or septicemia occurs when the body responds in an exaggerated manner to infection resulting in bloodstream infection with severe tissue damage and multiple organ failure and death if not managed promptly. Take this quiz to test your knowledge ... 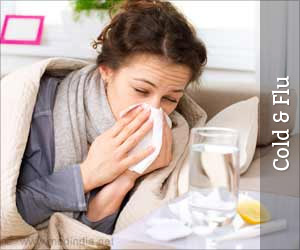 This medication is beta-lactam antibiotic, prescribed for certain types of bacterial infections such as UTI, meningitis, ...

This medication is a cephalosporin antibiotic, mainly used to treat bacterial infections in different parts of the body (the ...

This medication is a cephalosporin antibiotic, prescribed for certain types of bacterial infections such as lower ...

This medication is a broad-spectrum cephalosporin antibiotic, prescribed for serious infections such as respiratory tract ...

This medication is a cephalosporin antibiotic, prescribed for certain types of bacterial infections. It works by killing ...