What is Sclerosing Cholangitis?

Sclerosing cholangitis involves inflammation of bile ducts, either within the liver or outside the liver.

Thus, the flow of bile from the liver to the intestine may be obstructed. The bile accumulates in the liver causing liver damage. Patient may die due to complications like liver failure, bleeding or cancer.

It often affects men in their forties, especially those also suffering from inflammatory bowel disease like ulcerative colitis.

In addition, bile duct stones, surgery, parasites or drugs are responsible for some cases of sclerosing cholangitis.

The liver consists of two parts, the left lobe and a much larger right lobe. It produces a juice called bile that helps in digestion of fat from food.

Bile travels through a number of small channels within the liver called intra-hepatic bile ducts. These ducts eventually emerge from the liver into two bigger channels, the left and right hepatic ducts. Together they form the common hepatic duct.

The common hepatic duct in turn joins the cystic duct coming from the gall bladder to form the common bile duct.

The gall bladder normally stores the excessive bile produced by the liver. The common bile duct finally opens into the first part of the intestine.

What are the Types of Sclerosing Cholangitis?

1. Primary sclerosing cholangitis (PSC) is a chronic liver condition characterized by inflammation and scarring of bile ducts within and outside of the liver. Inflammation leads to the narrowing of some portions of the bile ducts.

The cause of PSC is not known (idiopathic). It could be due to a combination of genetic and environmental factors.

2. Secondary Sclerosing Cholangitis (SSC) is a similar condition where the bile ducts are inflamed, leading to scarring and narrowing of the ducts. The causes are usually identifiable like long-term biliary obstruction, infections and inflammation.

It results in biliary cirrhosis.

Facts and Statistics of Sclerosing Cholangitis

Annual incidence rates in Northern Europe range between 0.41 to 1.2 per 100,000 person-years. Rates are lower in Southern Europe, Asia and Alaska.

What are the Causes of Sclerosing Cholangitis?

1. The cause of Primary Sclerosing Cholangitis (PSC) is primarily unknown.

It occurs in people who also have:

Other causes that are yet to be proved are:

Conditions that cause secondary sclerotic cholangitis include:

What are the Symptoms and Signs of Sclerosing Cholangitis?

Many patients with primary sclerosing cholangitis may not experience any symptoms initially but a substantial proportion may exhibit the following symptoms and signs:

As the disease progresses symptoms could include:

As the disease progresses, there is decreased bile flow. Clinical symptoms are jaundice, itching and right upper abdominal discomfort.

Ascending liver infection is seen in mostly all cases with SSC as also recurrent episodes of bacterial bile duct.

How is Sclerosing Cholangitis Diagnosed?

Diagnosis of PSC is made incidentally when liver function tests are done for decreased bile flow or because it usually occurs along with ulcerative colitis.

This is an invasive technique that can produce complications like pancreatitis and bacterial cholangitis.

2. Liver Function Tests (LFTs): LFTs are blood tests used to check if the liver is functioning properly. They are done if the cholangiography shows changes in the bile ducts and if secondary causes of the disease have been eliminated.

Certain enzymes like alkaline phosphatase, serum aminotransferase and/or gamma - glutamyl transpeptidase  (GTT) are increased in patients with primary sclerosing cholangitis (PSC). However, their levels may be high in other liver conditions as well.

Serum bilirubin levels are surprisingly normal in most patients at the time of diagnosis. IgG serum levels are 1.5 times more in approximately 60% of the patients.

3. Liver Biopsy: Biopsy of the liver may help in the diagnosis of sclerosing cholangitis. Although early changes cannot be seen, it could indicate some kind of biliary disease.

In the case of a large duct PSC, a biopsy need not be done if the cholangiogram is abnormal. It is however useful in small duct PSC.

Small duct PSC is a disease variant that has similar symptoms of PSC but shows the presence of normal bile ducts on cholangiography.

Distinguishing primary from SSC is difficult:

Hence, clinical history, distribution of cholangiographic findings and whether IBD is present or not will determine if an abnormal cholangiogram is due to primary or secondary sclerosing cholangitis.

Other tests that can be done are:

4. Serology: A variety of autoantibodies at low prevalence rates can be detected in the serum of PSC patients. This may indicate immune regulation.

6. Computed Tomography (CT) imaging of the upper abdomen can detect thickening and inflammation of the bile ducts and document splenomegaly, fluid and lesions that are signs of portal hypertension.

8. A colonoscopy to evaluate colitis or inflammation of the colon. Colonoscopy has to be repeated yearly to screen for colon cancer.

The gold standard procedure therefore remains endoscopic retrograde cholangiopancreatography (ERCP) (otherwise known as ECR) that will reveal the bile ducts to have a beaded appearance. This is caused due to primary sclerosing cholangitis like biliary lesions, with narrowed and dilated intervening segments of ducts.

Magnetic resonance cholangiopancreatography (MRCP) (otherwise known as MRC) is less invasive but is not useful in early detection of SSC.

What is the Treatment for Sclerosing Cholangitis?

Focus has to be on managing severe itching, other complications and periodic monitoring of the extent of liver damage. Medications have not been shown to reverse liver damage.

Balloon dilation: Strictures in the bile ducts may be dilated during endoscopic retrograde cholangiography procedure.

A tube with a deflated balloon is introduced into the liver through the endoscope until it reaches the narrow part of the bile duct.

In this position, the balloon is inflated, thus resulting in widening of the narrowed part. It opens up the blockages in the larger bile ducts outside the liver.

Stent placement: Stents or small tubes may be placed in the bile ducts to relieve the obstruction and to hold the duct open. The procedure is performed using an endoscope and attached instruments. However, the stents could result in increased chances of infection.

Procto-colectomy or the removal of colon and rectum if primary sclerosing cholangitis is present along with ulcerative colitis. Complications like gall bladder stones and polyps may necessitate removal of the gall bladder.

Liver Transplant: Liver transplantation helps to improve survival in patients with primary sclerosing cholangitis having liver failure or complications. The diseased liver is taken out and replaced with a healthy liver from a donor.

Some people (25%) however may develop sclerosing cholangitis in the transplanted liver.

Reconstructive procedures like choledochoduodenostomy and choledochojejunostomy where the bile duct is attached to the duodenum and jejunum respectively to alleviate symptoms.

What are the Complications of Sclerosing Cholangitis?

Complications of sclerosing cholangitis occur due to vitamin deficiency and accumulation of bile in the liver.

What is the Prognosis of PSC?

The average time taken from the point of diagnosis of primary sclerosing cholangitis until liver transplant or death is around 21 years. The disease worsens progressively and could lead to cholangiocarcinoma, liver failure, infections of bile ducts that keep returning, persistent jaundice or bleeding.

Due to the progressive nature of the disease, 40% of patients will ultimately require a liver transplant.

The one-year survival rate after a liver transplant is approximately 85% and the five-year rate is 72%.

Study Sheds Light on Gallbladder Emptying in Primary Sclerosing Cholangitis Patients
Researchers have been trying for a long time to properly analyze the symptoms of gallbladder disease so that diagnosis is made easy.
READ MORE 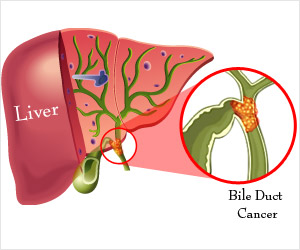