Written by Madhumathi Palaniappan
Medically Reviewed by The Medindia Medical Review Team on April 6, 2017 at 2:55 PM 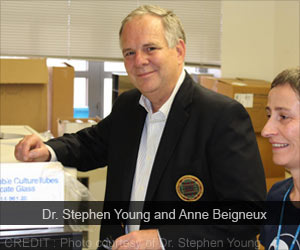 Hypertriglyceridemia is a condition in which the triglyceride levels are elevated. A research team from the University of California- Los Angeles Health Sciences found that a subset of people whose bodies produce autoantibodies-immune response molecules may attack their own proteins thereby increasing the levels of triglycerides.

The research study was published online in The New England Journal of Medicine.


Dr. Stephen Young, UCLA cardiologist and molecular biologist, along with his colleagues from David Geffen School of Medicine at UCLA, said, that the newly discovered syndrome called "GPIHBP1 autoantibody syndrome" may help to understand hypertriglyceridemia.

Top Foods to Lower Triglycerides
High triglyceride levels may lead to heart disease. Keep your triglyceride levels in check with these foods.
Advertisement
"It's important to recognize this new syndrome because it is life threatening and potentially treatable," Young said.

New Cause for Hypertriglyceridemia
In the new research study, Young, Beigneux, Fong and Katsuyuki Nakajima, Professor at Gunma University in Japan, discovered that a group of people whose GPIHBP1 (glycosylphosphatidylinositol anchored high-density lipoprotein binding protein 1) couldn't transport lipoprotein lipase into the capillaries were people who did not have any genetic mutations.

But, they found that these people had autoantibodies against GPIHBP1 which may keep it from binding to lipoprotein lipase.

Out of the six people, one became pregnant.The autoantibodies crossed the placenta and entered the baby's circulation. This increased the triglyceride levels and gradually returned to normal with the disappearance of mother's autoantibodies.

The author concluded that further research would be required to know about the GPIHBP1 autoantibody syndrome. And immunosuppressive drugs can help to reduce the autoantibodies and lower the plasma triglyceride levels.

Dr. Michelle Olive, deputy chief, atherothrombosis and coronary artery disease, National Heart, Lung and Blood Institute, funder, said, "The researchers have not only discovered a new disease, but their findings have suggested that the disease is treatable."

"These findings are the result of years of NHLBI-funded studies of the molecular mechanisms of action of GPIHBP1 and are an excellent example of how basic science can lead to scientific advances with direct clinical implications."

What are Triglycerides?
Triglycerides are lipid molecules (fat) present in the blood. They are stored in the fat cells and are later released by the hormones for energy between the meals.

Hypertriglyceridemia condition occurs when there is a high amount of triglycerides than the required levels. High triglyceride levels may range between 200-499mg/dL.

How to Control High Triglyceride Levels?
Some of the lifestyle measures that could control high plasma triglyceride levels include:
References

Cholesteryl ester storage disease (CESD) is a rare inherited disease that results from the accumulation of ...

Dyslipidemia is a condition due to imbalance of fats in blood. Find out more about dyslipidemia, its causes ...

Lipid profile or lipid panel is a collection of blood tests that help to calculate the levels of cholesterol, ...
This site uses cookies to deliver our services.By using our site, you acknowledge that you have read and understand our Cookie Policy, Privacy Policy, and our Terms of Use  Ok, Got it. Close
×