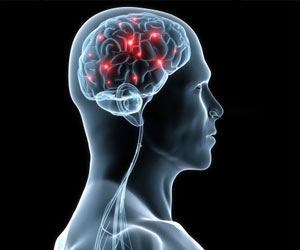 What are the Causes of Schizophrenia? >>

Quiz on Anxiety Disorder
Intense fear, persistent worry, bad dreams, feelings that you may be going crazy ï¿½ sounds familiar? Take this quiz and find out more on symptoms and treatment of anxiety ...

Antipsychotic Drugs and Relapsing Schizophrenia
Schizophrenia is a chronic distressing and debilitating ailment. About 80% of the patients report recurrence within 5 years. Antipsychotic drugs are effective in keeping a check on this recurrence.

Quiz on Bipolar Disorder
Bipolar disorder has been rated among the more common disability-inducing conditions. It reduces the working capacity of an individual and adds to the medical and economic burden all over the world. Test your knowledge on bipolar disorders by ...

Mental Health - Neurosis vs Psychosis
Mental well-being is a concern and abnormal coping of emotions can lead to neurosis or psychosis. Mental illnesses can range from depression, anxiety, phobias to schizophrenia and affective disorders.

Delusions
Delusions are firm beliefs by the person of something that is not logically or practically possible. The cause of delusions is believed to be unrealistic expectation and reasoning of a situation.

Dissociative Identity Disorder
Dissociative identity disorder (DID) is a mental condition where a person has a minimum of two distinct identities that take complete control of the individual.
Sign up for Wellness Consult a Doctor Sign up for Selfcare
Advertisement
Health Topics A - Z
A B C D E F G H I J K L M N O P Q R S T U V W X Y Z