Your Teeth can Tell if You are at Diabetes Risk 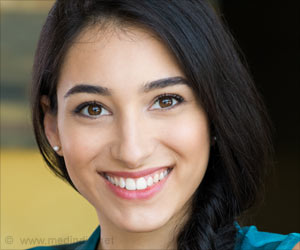 Poor dental health can increase the risk of diabetes and one-third of Americans are expected to be affected by diabetes by 2050.

The results will be presented in a poster at ENDO 2018, the 100th annual meeting of the Endocrine Society in Chicago, Ill.

Advertisement
‘Poor oral health can indicate if a person is at risk for diabetes.’

"The health of your teeth maybe a sign of your risk for diabetes," said lead author Raynald Samoa, M.D., an assistant professor in the Department of Diabetes, Endocrinology & Metabolism at City of Hope National Medical Center in Duarte, Calif.


"Our findings suggest that dental exams may provide a way to identify someone at risk for developing diabetes. We found a progressive positive relationship between worsening glucose tolerance and the number of missing teeth. Although a causal relationship cannot be inferred from this cross-sectional study, it demonstrates that poor dental outcome can be observed before the onset of overt diabetes," he said.
Advertisement
Samoa and colleagues investigated the impact of glucose tolerance on dental health in a representative population in the United States.

The researchers reviewed the records of 9,670 adults 20 years of age and above who were examined by dentists during the 2009-2014 National Health and Nutrition Examination Survey.

They recorded the numbers of missing teeth due to caries, or cavities, and periodontal disease for individual patients; and they determined the relationship between glucose tolerance and dental condition by considering age, gender, racial and ethnic group, family history of diabetes, smoking status, alcohol consumption, education and poverty index.

Except for gender, all other covariates had significant impact on the number of missing teeth.

The differences in the average number of missing teeth among the three glucose tolerance groups were significant: 2.26 in the NGT group, 4.41 in the AGT group and 6.80 in those with DM.

The authors wrote in their abstract that as far back as the 1930s, periodontal disease and dental caries have been suggested to be linked with diabetes, and that that by 2050, one-third of Americans are expected to be affected by diabetes.

Does Oral Health Affect Your Heart?
Oral health has been noted as the key factor before and after experiencing heart diseases. ......

Dental Sealants
Dental sealants are considered as the quickest, safest and pain-free method to prevent cavities. ......