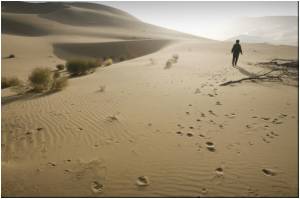 A 95-year-old Australian microbiologist has declared that humans will be extinct in another 100 years or so.

"We're going to become extinct. Whatever we do now is too late," Discovery News quoted Frank Fenner as telling The Australian in an interview.


"A lot of other animals will, too. It's an irreversible situation. I think it's too late. I try not to express that because people are trying to do something, but they keep putting it off," he added.


Fenner believes any efforts to mitigate the irreversible effects of human activities are futile. He also said that the world's population is forecast to balloon to 7 billion next year, putting a terrible strain on food and water supplies - possibly even leading to food wars.

However, not all agree to Fenner's opinion, considering it overtly pessimistic.

"The human race is unlikely to become extinct without a combination of difficult, severe and catastrophic events," said Tobin Lopes, of the University of Colorado Denver.

He added that his team "were very surprised about how difficult it was to come up with plausible scenarios in which the entire human race would become extinct."