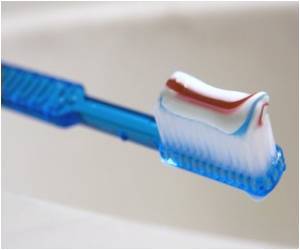 People with poor oral hygiene are more at risk of heart disease compared with counterparts who brush their teeth twice a day, according to a Scottish study released on Friday.

University College London researchers looked over data from an investigation into 11,000 people in Scotland, covering their medical history, family records of disease and lifestyle.

Seven out of 10 reported they brushed their teeth twice a day, and six out of 10 said they visited the dentist every six months.


Those who were less frequent in their brushing, though, had a 70 percent extra risk of heart disease.

They were also likelier to test positive for protein markers for inflammation, which pays an important role in clogged arteries.

Get rid of that toothless smile and go for those sparkling dentures! If traveling abroad for dental implant surgery consult us for affordable options.
Advertisement
These results were unchanged when risk factors such as social class, obesity, smoking and a family history of heart disease were taken into account.

The overall risk, though, is low, the paper stresses.

In addition, it is unclear whether poor dental hygiene is the cause of heart disease or simply an indicator of risk.

The paper appears in the British Medical Journal (BMJ).

Do you know how many canines or molar teeth you have and what is their function? Find out from this interactive calculator.
Advertisement
Advertisement

Heart disease can be of many types depending upon whether they involve the heart muscles or artery walls or ...