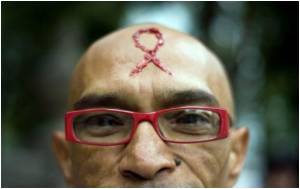 The risk of HIV transmission is reduced by an astonishing 92 percent while patients are on antiretroviral drugs, according to a trial reported on Thursday.

The research provides the strongest evidence to date that drugs which treat the human immunodeficiency virus could also be incorporated into strategies for fighting HIV's spread.

In a paper published by the British journal The Lancet, doctors recruited 3,381 heterosexual couples in seven African countries.


Each couple was "serodiscordant," meaning that one of the pair was infected with HIV while the other was uninfected.

Antiretroviral drugs were given to 349 individuals after their immune system, as measured by the numbers of CD4 cells, plunged below a given threshold. The other infected individuals received a dummy pill called a placebo.
Advertisement
The researchers took blood samples from the other partner every three months to see whether he or she had become infected. The trial was closely monitored by an ethics committee, and included a training course in safe sex as well as routine health checkups.

After 24 months, 103 partners who had been HIV-free at the start of the experiment had become infected with the virus by their partner.

But only one of these 103 transmissions was caused by a partner who was on antiretrovirals.

The results were confirmed by genetic fingerprinting of the virus, showing whether it had been passed on by an infected partner or by someone from outside the trial.

All in all, taking antiretroviral therapy (ART) reduced the risk of infecting someone else by 92 percent, a whopping fall that highlights the potential of these drugs as a weapon to prevent HIV, rather than just treat it, say the authors.

"Provision of ART to HIV-1 infected patients could be an effective strategy to achieve population-level reductions in HIV-1 transmission," says the paper. HIV-1 is commonest strain of the AIDS virus.

The benchmark could be when an individual has a low count of CD4 cells and high numbers of viruses in the blood, it suggests. The biggest impact could be among people whose CD4 count is lower than 200 cells per microlitre, if the research is a guide.

ART cuts down the amount of virus in blood and body fluids such as semen and vaginal mucus and so reduces exposure to a non-infected person, experts believe.

There is a caveat, though, say the authors. Even though ART may lower the risk of infecting others, the danger is not eliminated, so safe-sex counselling is essential.

The study, led by Deborah Donnell of the University of Washington and the Fred Hutchinson Cancer Research Center in Seattle, focussed only heterosexual intercourse.

ART was introduced in rich countries in the mid-1990s, but took around a decade to build up in distribution in poor nations that are bearing the brunt of the global AIDS pandemic.

For many people, the drugs have transformed the AIDS virus from a death sentence to a chronic, but manageable disease. The cocktail represses the virus, but does not eliminate it, and often has toxic side effects.

About 33.4 million people are now living with HIV, of whom more than 30 million live in low- and middle-income countries, according to the UN's World Health Organisation (WHO).

The agency's website estimates that at least 9.7 million of these are in need of ART but, as of the end of 2008, only four million people had access to the drugs.