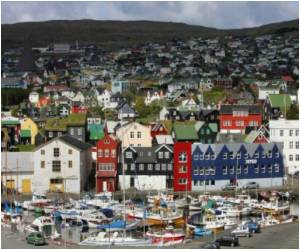 A defective gene at the origin of a rare disease that can cause sudden cardiac arrest is carried by one out of 200 in the Faroe Islands, compared to only one in 100,000 worldwide, a widespread screening effort has found.

Almost half of the Faroe Islands' population, or about 23,000 people, have been screened for carnitine transport deficiency (CTD) since a detection effort was launched in September, Bjarni a Steig, the head of medicine at the Medical Center hospital in Torshavn, the islands' capital, told AFP Thursday.

Out of the 23,000 that were screened, 100 people, or one in 230, were tested positive for carrying CTD at a serious or very serious stage, Steig said.


"The reason CTD is so widespread on the Faroe Islands is because the islands have been very isolated throughout history. The defective gene has therefore been able to spread among the very limited population," he said.
Advertisement
CTD is passed on from parent to child and is caused by a lack of carnitine, a substance that is essential to transform fat into energy.

The defect means that the carnitine is unable to transport itself from the blood and into the cells and it affects the blood sugar levels as well.

The shortage of carnitine can lead to sudden cardiac arrest because it can cause the heart to start pumping aggressively.

But people can carry the gene without presenting any symptoms but fatigue, and the widespread screening initiative was launched after two Faroese teenagers collapsed and died unexpectedly in late 2008.

All adults found to carry the disease were immediately admitted to the hospital for an examination of the heart.

Children can be treated early on for the disease early with a medicated juice containing carnitine, while adults are prescribed medication.

"We know that children who are treated for CTD will have a normal life but we don't yet have enough knowledge on the consequences for adults," Steig said.

Alagille Syndrome
Alagille syndrome is a rare genetic disorder that is caused by hereditary or spontaneous mutations i...