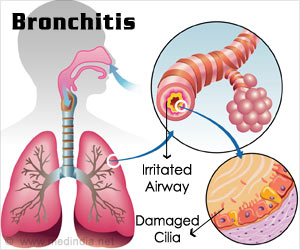 The Japanese Empress Michiko has been diagnosed with acute bronchitis, reported a spokesman for the Imperial House.

The 82-year-old Empress cancelled her schedule to attend a national karate championship in Tokyo after being diagnosed with the respiratory disease.

Acute bronchitis is a short term inflammation of the bronchi of lungs. It is usually caused by a virus.
Advertisement
‘The 82-year-old Japanese Empress Michiko cancelled her schedule to attend a national karate championship in Tokyo after being diagnosed with acute bronchitis.’
Tweet it Now

However, she does not need to be hospitalized, according to the Japanese Imperial Household.


The health of her 82-year-old husband Emperor Akihito was more fragile following a heart bypass operation in 2012.

A new study conducted by researchers in New Mexico has revealed that cigarette smoking is linked with overproduction of mucus - a symptom of chronic bronchitis.

Coughing up blood in anyone can be alarming. But it is not always serious. However, when there is recurrent ...
This site uses cookies to deliver our services.By using our site, you acknowledge that you have read and understand our Cookie Policy, Privacy Policy, and our Terms of Use  Ok, Got it. Close
×