This year, 2018 marks the 50th anniversary of the 1968 International Conference on Human Rights, where it was globally emphasized for the first time that family planning is a human right.

The Teheran Proclamation, which was the outcome document of the conference affirmed that, "Parents have a basic human right to determine freely and responsibly the number and spacing of their children."
World Population Day - Family Planning is a Human Right

It was first decided to observe 11th July as World Population Day as an annual event from 1989 by the Governing Council of the United Nations Development Programme following the huge public interest raised on this day in 1987 when global population reached 5 billion, termed as the Five Billion Day.


‘Increasing population is more a social than an economic issue - gender inequality, ignorance among youth about sexual and reproductive health issues and lack of family planning are key factors needing urgent attention.’


World Population Day hopes to raise and spread awareness on various population issues and measures to control population such as the education on importance of family planning, health of the mother and human rights, gender equality and educating youth on sexual and reproductive health issues.

The United Nations Fund for Population Activities (UNFPA), forming the population division of the UN collaborates with many partners, including governments, as well as non-governmental organizations, members of civil society, religious leaders and others, to achieve its aim.

In 2018, UNFPA has once again redoubled its efforts hoping to change the world for everyone, no matter what age, gender or race and make it a better place.
What We Can Do to Educate and Raise Awareness on Population Issues and Measures to Control

More than a third of 50 Nobel prize-winning scientists surveyed by the Times Higher Education in 2017 said that human overpopulation and environmental degradation are the two biggest threats facing humankind. In the same year, a statement by 15,364 scientists from 184 countries suggested that the alarming rate of increase in human population is the "major driving force" behind several ecological and social disasters and impending threats.

To conclude with a quote by Henry W Kendall, "If we do not voluntarily bring population growth under control in the next one or two decades, nature will do it for us in the most brutal way whether we like it or not".

World Population Day is also an occasion to wake up to the reality of an over populated world that has a large number of people within countries who struggle for basic requirements such as food and shelter and need our help and support. Communities, meaning people of good will, can come together and share knowledge, time and other resources with the lesser privileged in order to empower them and include them in tackling issues related to unchecked population growth. 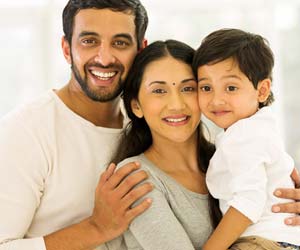