World Parkinson's Day is observed on April 11th to raise awareness about the neurodegenerative disease, characterized by movement disorder. In this condition, nerve cells present in the brain produce insufficient amounts of dopamine, which could be due to a genetic alteration or due to an environmental trigger. There have been studies that have shown that exposure to certain chemicals could also lead to this condition.

The theme for this World Parkinson's Day is #UniteForParkinsons, that is aimed at strengthening resolves against the condition.

The symptoms of this condition include:
The symptoms of Parkinson's start gradually and in one side of the body, however, as the condition progresses, it can affect both sides of the body. People who suffer from Parkinson's find it difficult to walk or to carry out simple tasks. They could also suffer from sleep related problems, inability to chew, speak or swallow, as well as depression.

Currently there are no laboratory tests that are available to diagnose Parkinson's disease. Doctors use a neurological examination and medical history to establish the condition.

Nutritional Management of Parkinsons disease
Parkinson's disease is a brain disorder which leads to many other related effects. Nutrition plays an important role in management of the disease.
Advertisement

Parkinson's disease is found to begin when the individual is around 60 years of age, but there are instances when there is early onset of the condition. Currently, there is no known cure for the condition and treatment helps in managing the condition, and delaying progression. Deep brain stimulation involves the use of surgically implanted electrodes that produce electrical impulses which result in the stimulation of parts of the brain that are associated with movement.

April 11th is the birth anniversay of Dr. J Parkinson, who was the first one to describe the disease in "An Essay on the Shaking Palsy" in 1817. Dr. Parkinson detailed a condition which had lowered muscle power, a tremulous motion that was involuntary and which could not be controlled even if it was supported. The patients had an increased inclination to bend their body forward, switching from walking to running involuntarily with deteriorating intellectual ability.

The red tulip is one of the most well-known symbols of Parkinson's disease and it was associated with the day during the Luxembourg Conference, marking the 9th World Parkinson's Day. J.W.S Van der Wereld, a Dutch Horticulturalist who suffered from this condition grew the red and white tulip and named it after Dr. Parkinson.

Parkinson's disease is associated with a difficulty to walk and stiffness, with constant tremors. A new study published in the Journal of Parkinson's Disease details a research study conducted on 3,400 patients in North America, Israel and Netherlands. The characteristics of the patients that were studied included
The patients were then asked to maintain 150 minutes of exercise every week. The study by a research team from Northwestern University showed that there was lower decline in the quality of life, as well as, mobility over a period of two years when compared to patients who did not exercise.

As a part of World Parkinson's Day 2017, Medindia conducted an exclusive interview with Dr. B.N.Gangadhar, Director, The National Institute of Mental Health and Neurosciences (NIMHANS), on his pioneering groundbreaking research on Parkinson's. Dr.Gangadhar has more than 30 years of extensive experience in the area of mental health, which includes clinical as well as academic perspectives. 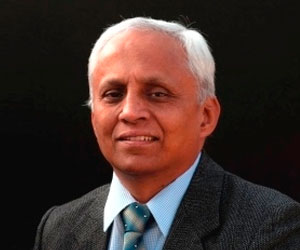 Medindia: What are the causative factors for Parkinson's disease?

Dr. B.N.Gangadhar: The degeneration of the neurotransmittor dopamine in the basal ganglia is the prime reason. This reduction triggers the symptoms. It is partly genetic but there are many other factors that could contribute to the development of this condition.

Medindia: What are the treatment methods that are currently available?

Dr. B.N.Gangadhar: The treatment methods depend on the severity of the disease, whether it is in its early stage or in the late stage. Initially, the patient is given medications to help cope with the condition, it increases the amount of dopamine in the brain. There are surgical interventions that can be used to treat the condition in severe cases.

Medindia: People with Parkinson's most often suffer from depression that needs immediate attention. This is due to their "Western Nations get Parkinson's" perception, your comments?

Dr. B.N.Gangadhar: That is not true, there are many patients in India, with a growing trend in the recent years.

Medindia: Can Parkinson's affect people in their 30s?

Medindia: How can the disease progression be prevented?

Dr. B.N.Gangadhar: Through the use of medicines and physical activities.

Medindia: Is there a cure in sight for people with Parkinson's disease?

Dr. B.N.Gangadhar: There is no cure at the moment, it may take a while, but I am confident with the steps that are being taken that it will be developed.

Medindia: What is your advice for people on World Parkinson's Day 2017?

Dr. B.N.Gangadhar: Lead an active life. Take your medicines regularly and visit your neurologist periodically. An active life has been shown to slow progression of the disease. Most people hesitate to do their daily chores once they are diagnosed with the condition, which makes it worse for physical health, as well as, for mental health. Try to be as independent as possible.

Quiz on Parkinsons Disease
Parkinson's disease is a disease of the central nervous system. Here's an interesting quiz to find out more about this degenerative disorder.

Laser Vision Correction Surgery
News Archive
News Resource
News Category
Milestone In Voluntary Blood Donation Achieved Samsung Reinvents Toilet for the Poor Which is a Better Form of Exercise: Daily or Weekly? First Phase of Foot-and-Mouth Disease Vaccination Shocking News: Polio Cases Return After a Decade in the US
More News
Sign up for Wellness Consult a Doctor Sign up for Selfcare

Nutam (400mg) (Piracetam) Pregnancy Confirmation Calculator Post-Nasal Drip Calculate Ideal Weight for Infants Loram (2 mg) (Lorazepam) Blood - Sugar Chart Drug Interaction Checker The Essence of Yoga Find a Hospital Find a Doctor
This site uses cookies to deliver our services. By using our site, you acknowledge that you have read and understand our Cookie Policy, Privacy Policy, and our Terms of Use