One Twin Smaller Than the Other? Placental Oxygen Transport Could be to Blame

Babies born small are often associated with genetic or maternal risk factors like poor nutrition or smoking. However, a twin study led by a research team at Boston's Children Hospital has found that slower transport of oxygen from the mother to the baby across the placenta can predict smaller fetal growth, smaller brain and liver.

The research study is published in the journal Scientific Reports.
One Twin Smaller Than the Other? Placental Oxygen Transport Could be to Blame


It is the first to make a direct connection between babies born and placental oxygen transport.


‘The differences in the prenatal oxygen transport from mother to baby could provide answers to why one twin is smaller than the other.’


Studying Identical Twins
The research team was able to control both genetic factors and maternal risk factors while studying identical twins. Even though the twins share a placenta, they can be divided into two separate compartments one may be healthier when compared to the other.

The research team has developed a noninvasive method that could use MRI to map the timing of oxygen delivery across the placenta in real time.

The technique called Blood-Oxygenation-Level-Dependent (BOLD) MRI has showed that dysfunctional placentas in large regions with slow oxygen transport to the fetus.

P. Ellen Grant, MD, director of Boston Children's Fetal-Neonatal Neuroimaging and Developmental Science Center said, "Until now, we had no way to look at regional placental function in vivo."

"Prenatal ultrasound or routine clinical MRI can assess placental structure, but cannot assess regional function, which is not uniform across the placenta. Doppler ultrasound, the current clinical method of assessing placental function, measures blood flow in the umbilical arteries and other fetal vessels, but it cannot tell how well oxygen or nutrients are being transported from mother to fetus."

Mapping Placental Oxygen Transport
The new study which is a part of the NIH-funded Human Placenta Project has been carried out by following seven sets of identical twins who were all the way to birth. All of these were tracked in which one twin was smaller than the other.

The seven mothers were asked to undergo BOLD MRI for a period of 30 minutes at 29-34 weeks of pregnancy. However, when they inhaled pure oxygen for 10-minute stretches, the research team had measured the time to plateau (TTP) which showed how long it would take for the oxygen to reach its maximum concentration in the placenta.

The research team also measured the time taken for the oxygen to pass from the umbilical cord to the fetus and then penetrates to the brain and the liver.

The research team led by Polina Golland, PhD, MIT CSAIL has been found to use image correction algorithms to adjust fetal motion.

TTP Measurements
The researchers found that

Longer TTP in the placenta were correlated with lower liver and brain volumes and lower newborn birth weights.

The scientists hope that the work will help to understand pregnancy risk factors and develops a prenatal test for mothers to improve care.

Grant said, "Our next goal is to figure out what causes variation in oxygen transport in the placenta and identify a cutoff value that would be of concern in a pregnancy, including singleton pregnancies."

"Then, we can think about potential treatments to improve placental oxygen transport, and use our methods to immediately assess the success of these treatments."

Future Research
The study on the placental oxygen transport can be an example of how the environmental factors can modify the DNA.

Further research will explain on how the placental oxygen transport can affect the gene expression and brain development.

These studies will use special MRI coil to study the image accuracy that can be developed of novel MR imaging strategies to improve the management of pregnant women.

"Understanding how it functions is essential for developing interventions to improve the health of mothers and their infants." 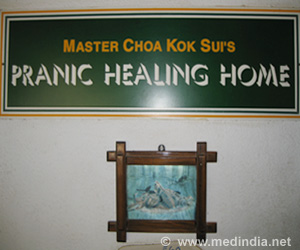 Parasitic Twin Weighing 3.5Kg Removed From A 15 Month Old Indian Girl
Doctors diagnosed a case of foetus-in-foetu in a 15 month of toddler and successfully removed it.
READ MORE