Prostate cancer ranks as the second‐most frequent cancer and the fifth leading cause of cancer death in men, according to Global Cancer Statistics 2018. Although, there is no sure way to prevent prostate cancer, maintaining healthy eating habits like consuming more fruits and vegetables has been suggested as an approach that might lower the risk of prostate cancer.
Mushrooms can Lower Risk of Prostate Cancer

The new study was published in the International Journal of Cancer.

In vivo and in vitro evidence has shown that mushrooms have the potential to prevent prostate cancer. However, the relationship between mushroom consumption and incident prostate cancer in humans has never been investigated.

"Since information on mushroom species was not collected, it is difficult to know which specific mushroom(s) contributed to our findings. Also, the mechanism of the beneficial effects of mushrooms on prostate cancer remains uncertain," said lead author Shu Zhang, PhD, of the Tohoku University School of Public Health, in Japan.

This inverse relationship was especially obvious among participants aged ≥50 years and did not differ by clinical stage of cancer and intake of vegetables, fruit, meat and dairy products. 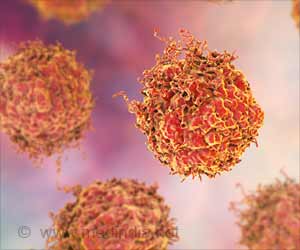 New Treatment for Prostate Cancer Could Soon be Available
Prostate cancer could soon be treated by blocking a specific protein called CDK7, which results in the death of prostate cancer cells that have undergone metastasis and are resistant to standard therapy.
READ MORE

Mushroom Types
Mushrooms are a connoisseur's gastronomic delight loaded with health benefits. Some kinds of mushrooms belong to the medicinal group, a few others are poisonous.
READ MORE

Are Mushrooms Good or Bad?
Mushrooms are true wonder foods with numerous health benefits. But be warned there are poisonous mushrooms too. Mushrooms are world's greatest untapped resources of nutrition.
READ MORE