Tea drinkers tend to live longer. A new study suggests that drinking tea at least three times a week can increase your life expectancy. The findings of the study are published in the European Journal of Preventive Cardiology, a journal of the European Society of Cardiology (ESC).


‘Tea lovers, rejoice: Drinking tea (chai) at least three times a week is associated with a longer and healthier life. So, hurry up, gulp down a cup of tea to add more years to your beau'tea'ful life.’
Read More..

For example, the analyses estimated that 50-year-old habitual tea drinkers would develop coronary heart disease and stroke 1.41 years later and live 1.26 years longer than those who never or seldom drank tea.

The potential influence of changes in tea drinking behaviour were analyzed in a subset of 14,081 participants with assessments at two time points. The average duration between the two surveys was 8.2 years, and the median follow-up after the second survey was 5.3 years.

Senior author Dr. Dongfeng Gu, Chinese Academy of Medical Sciences, said: "The protective effects of tea were most pronounced among the consistent habitual tea drinking group. Mechanism studies have suggested that the main bioactive compounds in tea, namely polyphenols, are not stored in the body long-term. Thus, frequent tea intake over an extended period may be necessary for the cardioprotective effect."

Dr. Gu noted that a preference for green tea is unique to East Asia. "In our study population, 49% of habitual tea drinkers consumed green tea most frequently, while only 8% preferred black tea. The small proportion of habitual black tea drinkers might make it more difficult to observe robust associations, but our findings hint at a differential effect between tea types."

Two factors may be at play:

Men or Women: Who can Grab the Wholesome Health Benefits of Tea?

Gender-specific analyses showed that the protective effects of habitual tea consumption were pronounced and robust across different outcomes for men, but only modest for women. Dr. Wang said: "One reason might be that 48% of men were habitual tea consumers compared to just 20% of women. Secondly, women had much lower incidence of, and mortality from, heart disease and stroke. These differences made it more likely to find statistically significant results among men."

She added: "The China-PAR project is ongoing, and with more person-years of follow-up among women the associations may become more pronounced."

The authors concluded that randomized trials are warranted to confirm the findings and provide evidence for dietary guidelines and lifestyle recommendations. 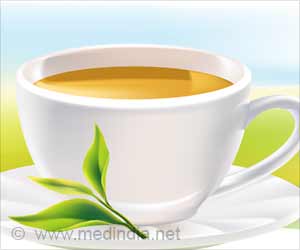 International Tea Day: Just a Cup of Tea Can Make Indians Happy
International Tea Day is observed on 15th December every year since 2005 in countries that produce tea. Tea day mainly aims at drawing the attention of the world and government on the problems of tea production and the impact of the global tea trade ...
READ MORE 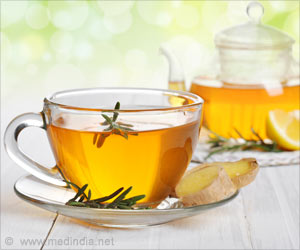 Chai-lovers: Check Out These New Tea Combinations
Get your teapots ready, Monsoon is here. Check out some of our new tea combinations that you try while curling up in your sofa.
READ MORE