Written by Dr. Meenakshy Varier
Medically Reviewed by The Medindia Medical Review Team on March 18, 2017 at 11:10 AM 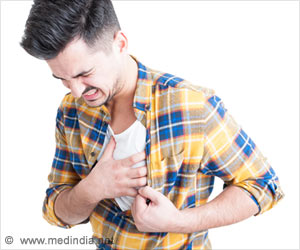 A technique, known as RNA interference (RNAi) therapy using inclisiran, helps to 'switch off' one of the genes responsible for elevated cholesterol.

The findings are by researchers from Imperial College London and their colleagues, who conducted the trial. Researchers suggest that this therapy could be safely used twice a year with or without statins, depending on individual patient needs.

Cholesterol
Cholesterol is produced by the body (liver) and is essential for normal body functioning.
Advertisement
‘Inclisiran is an easy-to-take, safe medicine that contributes to sustained lowering of cholesterol levels and reduces the risk of cardiovascular disease, heart attacks, and stroke.’

Inclisiran is a chemically synthesized small interfering RNA designed to target PCSK9 messenger RNA. It could help to reduce the risk of heart attacks and stroke related to high cholesterol.


Previous study had shown that a single injection of inclisiran caused sustained reductions in low-density lipoprotein (LDL) cholesterol levels over the course of 84 days in healthy volunteers.

Quiz on High Cholesterol
A high cholesterol level by itself does not cause any symptoms; symptoms arise from the complications of high cholesterol. Here is a quiz that will help to keep your knowledge on cholesterol up- to- date.
Advertisement
High levels of low-density lipoprotein (LDL) cholesterol can lead to cardiovascular disease and blood vessel blockage, leading to an increased risk heart attacks and stroke in patients.

Currently the standard treatment for high cholesterol is using statins combined with exercise and healthy diet, as they reduce levels in the blood and therefore help to prevent heart attacks and stroke.

Statins are however associated with some drawbacks
"These initial results are hugely exciting for patients and clinicians," said Professor Kausik Ray, lead author of the study from the School of Public Health at Imperial.

"We appear to have found a versatile, easy-to-take, safe, treatment that provides sustained lowering of cholesterol levels and is therefore likely to reduce the risk of cardiovascular disease, heart attacks, and stroke. These reductions are over and above what can be already be achieved with statins alone or statins plus ezetemibe, another class of cholesterol-lowering drug."

Researchers recruited 497 patients with high cholesterol and at high risk of cardiovascular disease. Among them, 73% o were already taking statins, and 31% were taking ezetimibe.

These patients were either given inclisiran at varying doses, or placebo via subcutaneous injection, either via a single dose, or via a dose on day one and another at three months.

They were followed up regularly for eight months and tested for blood cholesterol and side effects.

Results in the inclisiran group:
In the placebo group, cholesterol levels had increased by 2% within that time frame.

The study will follow up patients for a further four months leading to a total of one year.

The results show the drug acts quickly as two-weeks post-injection to reduce cholesterol levels, while also giving a prolonged effect when given in two doses over a year.

The next step is to conduct an extended study, using more patients and for a longer period of time.

Professor Ray said, "We are keen to enter the next phase of development to assess long-term safety and to see how this novel approach might translate into improvements in patient health."

Since inclisiran acts on a different biological pathway compared to statins, the two drugs would likely be combined for the best results.

Professor Ray said, "Even the single dose of inclisiran appears to lower cholesterol by 35-40% at eight months. We could essentially experiment with how often to give the drug based on levels of cardiovascular risk for each patient. Lower risk patients could in theory have once yearly injections whereas higher risk patients might have two injections a year."

He added, "The effectiveness of statins and other cholesterol-lowering treatments such as monoclonal antibodies relies on patients' ability to take them consistently. Therefore, giving inclisiran up to twice yearly at a GP surgery, much in the same way flu vaccinations are provided, might be more effective."

More research is needed to verify the safety and effectiveness of the drug.

The results from this trial, known as ORION-1, are published in the New England Journal of Medicine, and are presented at the American College of Cardiology's 66th Annual Scientific Session in Washington.

High Cholesterol Levels Associated With Rotator Cuff Surgery Failure
Patients taking statins prior to or after surgery did not have higher rates of revision surgery, even if their cholesterol levels were high.

Statins
News Archive
News Resource
Advertisement
News Category
Milestone In Voluntary Blood Donation Achieved Samsung Reinvents Toilet for the Poor Which is a Better Form of Exercise: Daily or Weekly? First Phase of Foot-and-Mouth Disease Vaccination Shocking News: Polio Cases Return After a Decade in the US
More News
Sign up for Wellness Consult a Doctor Sign up for Selfcare