Addiction could hijack the body's natural drive in the service of compulsive drug use. A research study has now revealed that another natural system in the brain can overcome drug addiction.

The study revealed that administration of oxytocin, a naturally occurring molecule which is well known for its social bonding and childbirth could help to reduce the drug-seeking behavior in methamphetamine-addicted rats.
Can Oxytocin Reduce Cravings for Methamphetamine Drug?


Methamphetamine is a highly stimulant drug that affects the central nervous system. It is available in the form of a powder that can be made into a pill or crystal. The drug is capable of quickly causing addiction.


‘Administration of oxytocin can help to reduce the cravings for methamphetamine.’


The research study is published in the journal Biological Psychiatry.

Dr. Brittney Cox, University of California Irvine, said, "There are virtually no pharmacotherapeutics for methamphetamine addiction, a chronically relapsing disease that destroys many lives."

"Our results are important because they support development of novel, oxytocin-based therapeutics for methamphetamine abuse in humans."

Research Study
The research team developed a new method to assess the addiction-like behaviors with methamphetamine. This could not be studied with previous techniques because of the long-acting effects.

The rats were allowed to self-administer methamphetamine using a model that was designed to examine the individual differences in the rats drug-taking behavior.

The rats were then allowed to test the effects of oxytocin in order to acquire the drug.

Study Findings
The findings revealed that even though oxytocin administered to rats had no effect on methamphetamine amount. It also strongly reduced the amount of effort that the rats required to take methamphetamine drug.

Oxytocin also decreased relapse to methamphetamine seeking in both males and females.

Cox said, "Intriguingly, these effects were strongest in animals with the greatest motivation to seek methamphetamine, indicating that oxytocin has potential as a treatment for addiction."

The research study also pinpoints the region in the brain where oxytocin has its effect. Infusing oxytocin into the nucleus accumbens implicated in drug addiction.

They also found that it could have the same effects when the drug was administered systemically. When an infusion of an oxytocin blocker was administered to the brain, the systemic effects of oxytocin were blocked. Thereby, driving the necessary role of nucleus accumbens for oxytocin's effects.

Dr. John Krystal, editor of Biological Psychiatry, said, "It will be interesting to learn whether oxytocin has a direct effect on the rewarding effects of methamphetamine or whether these effects are modulated by this hormone's effects on natural rewards, particularly social activity."

The research team finally concluded that the new method could measure motivation accurately predicted by relapse behavior. This was not predicted by drug-taking itself when low effort was required.

The technique could also assess addiction-like behavior in rats but not in humans. Therefore, if similar results are found in addicted people, Scientists hope that the technique could help to identify people who are most susceptible to addiction and can be useful for predicting the efficacy of oxytocin treatment.

Oxytocin: Outstanding Hormone, Outlandish Uses
The hormone Oxytocin has been lovingly referred to as the 'cuddle chemical' or the 'love drug.' But it now plays a dubious role in promoting prostitution.
READ MORE

Oxytocin
This medication is a uterine stimulant, prescribed for the initiation of uterine contractions and induction of labor in women as well as stimulation of contractions in cases where the uterus does not contract enough during labor. It is also ...
READ MORE 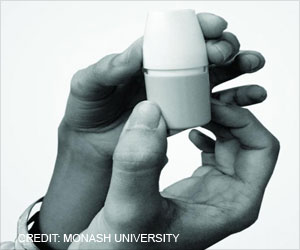 Methamphetamine
This medication is a central nervous system stimulant, prescribed for attention deficit disorders with hyperactivity in children. It is also used to treat obesity along with other ...
READ MORE

Pain Management During Labor
The labor pain or pain of childbirth is considered as the one of the most severe types of pain. It was in the mid- nineteenth century the pharmacologic management of labor pain was introduced.
READ MORE