Computer simulations could facilitate the treatment of the most common heart rhythm disorder. This computer simulation-guided procedure pinpoints the exact location in the heart where the surgeons have to operate, in order to restore the normal heart rhythm, reports a new study carried out by scientists at the Johns Hopkins University School of Medicine, USA.

The research team has created digital replicas of the upper chambers of the human heart using computer simulations, which help to guide the surgical treatment of patients suffering from irregular heartbeats, technically termed as arrhythmias. This computer simulation-guided procedure pinpoints the exact location in the heart where the surgeons have to operate, in order to restore the normal heart rhythm.
New Procedure Helps Treat Most Common Heart Rhythm Disorder

The study is a project under the Johns Hopkins University Alliance for Cardiovascular Diagnostic and Treatment Innovation (ADVANCE), which facilitates the development of innovative biomedical tools for cardiovascular interventions.


This proof-of-concept study, published in Nature Biomedical Engineering, is a major achievement in the development of computer simulation-driven treatments for cardiac ailments. This will greatly expedite the implementation of an USFDA-approved clinical trial of the new technology, which is planned to begin later this year.

The study was led by Dr. Natalia Trayanova, PhD, FAHA, FHRS, who is the Murray B. Sachs Professor in the Department of Biomedical Engineering at Johns Hopkins University School of Medicine, Baltimore, MD, USA.

The senior author of the paper was Dr. Hugh Calkins, MD, who is the Catherine Ellen Poindexter Professor of Cardiology and Director of the Electrophysiology Laboratory and Arrhythmia Service at the Johns Hopkins Hospital, Baltimore, MD, USA.

Atrial fibrillation is a cardiac abnormality characterized by irregular electrical activity originating from the upper chambers of the heart i.e., the left and right atrium. This leads to irregular heartbeats or arrhythmias, which affect 1-2 percent of the world's population. In the absence of prompt treatment, atrial fibrillation can cause strokes, which can be life-threatening.

Atrial fibrillation is conventionally treated by catheter ablation. However, many patients don't benefit from this standard procedure as they exhibit persistent atrial fibrillation due to the generation of abnormal electrical signals from other sites in the atrium, besides the tissue adjacent to the pulmonary veins, where the erratic electrical activity usually originates. As a result, multiple procedures are required, which leads to progressive scar tissue formation, causing extensive atrial fibrosis. This makes it extremely difficult for the surgeon to target the affected tissue emitting the abnormal electrical signals.


How Does Computer Simulation Help?

Computer simulation helps by guiding the ablation procedure so that the specific tissue can be targeted. This new procedure is called Optimal Target Identification via modeling of Arrhythmogenesis (OPTIMA). It utilizes contrast-enhanced MRI scans to create personalized digital replicas of the diseased atrial tissue. In the present study, personalized digital replicas of the diseased atria were created based on MRI scans of ten patients from Johns Hopkins Hospital.

"The personalized digital replicas allowed us to accurately simulate and analyze heart electrical activity in ten patients and determine where tissue needs to be destroyed," says Trayanova. She adds: "The beauty of working with such replicas is that we could test for and predict where irregular heartbeats persist in ways we never could in the clinic. We ran a mock of the clinical procedure over and over again, until we were sure irregular beats will not re-emerge."

A major advantage of this approach is that it has the potential to eliminate the process of trial-and-error in treating heart rhythm disorders and preventing the need for repetitive ablative procedures.

Key Features of the OPTIMA Procedure

Trayanova concludes: "This success is an exciting example of how engineering technology can be used in the clinic to help make treatment more accurate and spare patients from multiple, costly and sometimes risky procedures."

The study was funded by several funding agencies, organizations, and foundations. Some of these include the National Institutes of Health, the American Heart Association, the National Science Foundation, the Fondation Leducq, the Dr. Francis P. Chiaramonte Foundation, the Norbert and Louise Grunwald Cardiac Arrhythmia Research Fund, the Roz and Marvin H. Weiner and Family Foundation, and Biosense Webster Inc. (Irvine, California), among others. 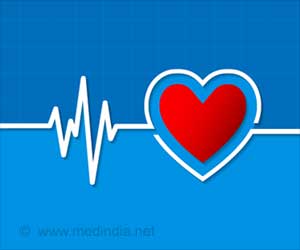 World Heart Rhythm Week: Knowing Your Pulse Can Save Your Life
World Heart Rhythm Week is being celebrated in the month of June from 3rd to 9th . It aims to generate awareness about heart rhythm disorders and the importance of pulse checks. The key message for 2019 is "We Hear(t) You."
READ MORE

Gene Therapy for Heart Arrhythmia
Researchers have engineered human tissue model of CPVT, the No. 1 cause of sudden cardiac death in youth, and reverse CPVT in mice with gene therapy.
READ MORE