Does One Course of Chemotherapy Affect Sperm Count?

A single course of radiation or chemotherapy for early-stage 1 testicular cancer is safe and will not affect sperm counts, according to a first of its kind study undertaken at the Karolinska University Hospital in Stockholm, Sweden.

The study was led by Dr Kristina Weibring and the findings of the study appear in the leading cancer journal Annals of Oncology.
Does One Course of Chemotherapy Affect Sperm Count?

Effects of Multiple Rounds of Chemotherapy & Radiation in Testicular Cancer

Several studies have found that multiple courses of chemotherapy or high doses of radiotherapy given to men having advanced stage testicular cancer can markedly decrease reduce sperm count and concentrations, potentially causing infertility. However, it remains unclear whether a single round of chemotherapy or radiotherapy in early-stage testicular cancer will affect sperm counts similarly or not.


‘One course of chemotherapy or radiation for early-stage testis cancer has a minimal long term impact on sperm counts. These findings reassure young men hoping to become fathers in the future and might be afraid of the potential risk of treatment in causing infertility.’
Read More..


The aim of the study hoped to determine the effects of a single course of chemotherapy/radiation on sperm counts and patient's fertility in early stage testicular cancer.

Dr Kristina Weibring, a cancer doctor at the Karolinska University Hospital in Stockholm, Sweden, said: "We wanted to examine in more detail if postoperative treatment, given to decrease the risk of recurrence after the removal of the tumorous testicle, would affect the sperm count and sperm concentration long term in testicular cancer patients with no spread of the disease. This is important to find out, since treatment with one course of postoperative chemotherapy has been shown to decrease the risk of relapse substantially, thereby reducing the number of patients having to be treated with several courses of chemotherapy."

Dr Weibring said, "I am very excited to see these results as I wasn't expecting sperm to recover so well after postoperative treatment. I didn't expect as negative an effect as if the patient had received many courses of chemotherapy, since it is much more toxic, but I was not sure how much the sperm would be affected by one course".


Takeaways from This Study and Future Plans

A single cycle of radiation or chemotherapy for men with early-stage testicular cancer is safe and does not affect sperm counts and the findings should be reassuring to several young patients worldwide.

Breakthrough Study in Understanding Male Infertility
Scientists have understood the importance of a gene in regulating the production of fully-functioning sperm.
READ MORE

Prenatal Exposure to DEHP may Result in Male Infertility
Prenatal exposure to platicizers like DEHP may affect male fertility in future generations. DEHP is present in various industrial and consumer products like plastic toys, PVC pipes and cosmetics.
READ MORE 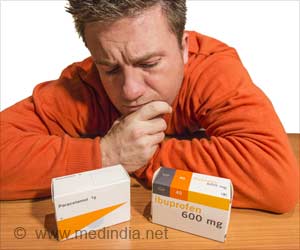