Game Changer in the Treatment of Wilms Tumor 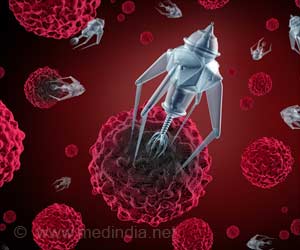 A new treatment strategy significantly improved survival rates for patients with stage IV Wilms tumors with lung metastases, according to new study published in the Journal of Clinical Oncology. The treatment will be a game-changer in treating Wilms tumor and reduce the need for radiation - and the long-term risks associated with it - in nearly half of patients whose cancer has spread to the lung. The study was led by Jeffrey Dome, M.D., Ph.D., vice president for the Center for Cancer and Blood Disorders at Children's National Health System.

Advertisement
‘New treatment approach will reduce the need for radiation and the long-term risks associated with it.’

Wilms tumor , which starts in the kidneys, is the fifth most common cancer in children under 15 years old. Although outcomes for most patients are outstanding, patients with metastatic disease, with the lung as the most common site of spread, fare worse than patients with localized disease. Their treatment is also complicated by a risk of health problems later in life, including cardiac dysfunction and second malignancies, which are most closely related to the use of lung radiation therapy (RT) and the chemotherapy drug doxorubicin.


The standard treatment for Wilms tumor with lung metastases in North America is to give "3-drug" chemotherapy (vincristine/dactinomycin/doxorubicin) and lung RT. The AREN0533 study assessed whether lung RT can be avoided for patients with complete lung nodule response after six weeks of chemotherapy. Conversely, the study assessed the benefit of adding two additional chemotherapy agents, cyclophosphamide and etoposide, to the treatment regimen for patients with incomplete lung nodule response, a treatment strategy that was associated with inferior outcomes in previous studies. AREN0533 was also the first study in Wilms tumor to modify treatment based on an adverse biological prognostic factor, loss of heterozygosity (LOH) at chromosomes 1p and 16q. The study showed:
Advertisement
 The approach to therapy based on lung nodule response and LOH at chromosomes 1p and 16q resulted in a 4-year overall survival rate of 96 percent, compared to 84 percent on the predecessor study.

 About 40 percent of patients with Wilms tumor and lung metastases can be spared initial upfront lung radiation and still have outstanding survival. This will decrease the long-term risk of heart toxicity and breast cancer.

 Patients with incomplete lung nodule response after six weeks of therapy with cyclophosphamide and etoposide had significantly better 4-year event-free survival: 89 percent compared with 75 percent that was expected based on historical data.

 Intensification of therapy for patients with LOH at 1p and 16q was highly effective: 4-year event-free survival rate improved from 66 percent on the previous study to 100 percent.

"These findings will change clinical practice and improve survival for patients with Wilms tumor whose cancer has spread to the lungs" said Dr. Dome. "The risk-adapted approach to treatment based on tumor biology and tumor response provides a framework for future studies as we come one step closer to achieving 100 percent survival without treatment-associated side effects."

Can Light Therapy Increase Risk of Cancer in Children?
The number of children receiving phototherapy has dramatically increased and the risks associated .....

Malignancy of Lung Cancer can Now be Detected by a New Biomarker
The new biomarker has been found to be very effective in distinguishing benign and malignant lung .....

New Insights on How Some Small-Cell Lung Cancers can Become Chemo-Resistant
Intratumoral differences or heterogeneity can be blamed for chemo-resistance in small-cell lung ......