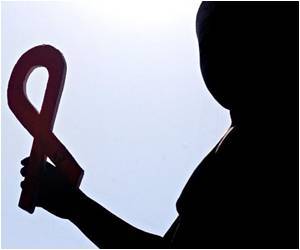 The government will have to prioritise its funding to concentrate on helping the most at-risk communities as it faces a budget shortfall of up to $370 million over the next five years, health department assistant secretary Eric Tayag said.

"If we only have so much, we have to prioritise the scope of our programmes, choosing the target populations, choosing the specific areas," Tayag told AFP.


"It is a race against time because the more cases there are, the more different kinds of financial support are needed in the long run."

The number of HIV/AIDS cases detected in the Philippines -- which has a population of 94 million people -- is still relatively small with only 7,884 cases recorded since 1984.

Experts in traditional Chinese medicine (TCM) have claimed that it has helped in the recovery of at least 17,000 HIV carriers and AIDS patients in China since 2004.
Advertisement
But the Philippines is one of only seven countries listed by UNAIDS (the Joint United Nations Programme on HIV/AIDS) to have suffered rising infection rates in 2010.

And more than 1,800 cases have already been reported in the first 10 months of this year, exceeding the 1,591 cases reported for all of 2010, according to government data.

Tayag said the government estimated it needed 35 billion pesos ($810 million) to carry out HIV-prevention programmes from 2011 to 2016.

The funding crunch is expected to hit hardest when the current "round" of the Global Fund to Fight AIDS, TB and Malaria runs out in November next year, said Maria Teresa Bagasao, country director of UNAIDS.

Another "round" of aid pledges was originally scheduled for next year but has been put back to 2013 and any grant money will not be released until 2014 at the earliest, she told AFP.

"The country needs to look at whether there is going to be a critical gap in the funding. It has to actually sit down and identify where the gap will be. In prevention or treatment?" Bagasao told AFP.

The Global Fund, a UN-supported partnership of governments and private aid groups, had made up the bulk of the foreign aid that paid for as much as 80 percent of the country's HIV prevention and treatment programmes, Bagasao said.

Activists have accused the government of cutting its own funding for HIV programmes and relying too much on external sources.

"There was a gradual decrease (in local funding) because of an over-reliance on external financing like the Global Fund," said Jonas Bagas, spokesman for the Network to Stop AIDS in the Philippines, a coalition of health and activist groups.

Amid the budget concerns, Tayag said the Philippines may have to focus its spending mainly on the homosexual and injecting drug user communities, because they were the groups in which infection rates were rising significantly.

"There are two populations that are the drivers of the epidemic: men having sex with men and injecting drug users," said Tayag, who oversees government programmes to fight infectious diseases.

At least 46 percent of infections recorded this year were from homosexual contact compared with 25 percent in 2006, according to the government data.

Officials say they were caught off-guard by the rise in infections from homosexual contact when they had been mainly concentrating on female sex workers.

Injecting drug users were still a small proportion of the total but there had been a sharp rise from only eight cases detected in 2009 to 147 last year, and another 80 in the first 10 months of 2011.

Previously, HIV had been mainly spread through heterosexual contact. This had been curbed with many HIV-prevention programmes focusing on educating and testing female sex workers, according to Tayag.