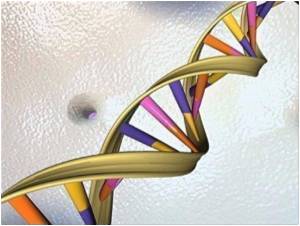 Recent research reports that bromide may show promising results in treating patients with SCN1A-associated Dravet syndrome with intractable seizures. Bromide is not FDA-approved for use in the United States. But it is among anticonvulsants available in Germany and other European countries.

Jan Lotte and colleagues at the SchÃ¶n Klinik in Vogtareuth, Germany, conducted a retrospective analysis of patient medical histories and structured parent interviews on a cohort of Dravet patients 2 to 25 years of age with SCN1A mutations. A total of twenty-one anticonvulsant drugs, including bromide, were found in the analysis. Most of the anticonvulsants provided at least some degree of seizure control. The investigators also found that fifteen of the twenty-one drugs were associated with an aggravation of the condition. Aggravation was not observed with six of the medications, including bromide.

"Bromide showed a clear effectiveness in patients with Dravet syndrome and SCN1A mutations," says Lotte. "Treatment with this medication achieved results comparable to clobazam and clearly above valproate, both first-line therapies for Dravet syndrome. We think that bromide may have a particular role in treating Dravet patients with SCN1A mutations with intractable seizures."


Bromide builds up slowly in the bloodstream taking time to achieve therapeutic levels. Usually the drug is well tolerated, significant toxic side effects are seldom to be found.

High fever in kids can cause convulsions and are called febrile fits that do not include the seizures that occur as a result of brain infection.
Advertisement
<< Funding Crunch Slows Down AIDS Fight
Low-carb Diet may Help Prepubescent Girls Beat Obesity Risk >>

Mysterious Illness in Angola Could Be Due to Bromide Poisoning

Blood Donation - Recipients Calculate Ideal Weight for Infants Blood - Sugar Chart How to Reduce School Bag Weight - Simple Tips Post-Nasal Drip Turmeric Powder - Health Benefits, Uses & Side Effects Sanatogen Drug Side Effects Calculator Find a Doctor Daily Calorie Requirements
This site uses cookies to deliver our services. By using our site, you acknowledge that you have read and understand our Cookie Policy, Privacy Policy, and our Terms of Use