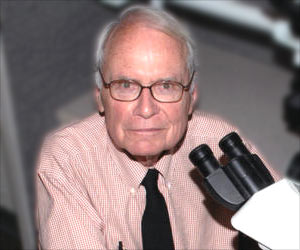 Dr. Thomas Rea, a dermatologist whose discoveries and research led to treatments that allowed leprosy patients to live without stigma, has died on Feb 7 at the age of 86. Dr. Rea died in his home in the foothills of the San Gabriel Mountains after losing the long battle against cancer.

Rea along with Dr. Robert Modlin found the role of the immune system in the development of skin lesions due to leprosy. For a long time researchers believed that the immune system is linked to leprosy signs and symptoms but never previously explained. Their discovery paved the way for new generation of leprosy management drugs.

Leprosy, caused by Mycobacterium leprae, affects any organ like skin, eyes, mucosa, periphery nerves or any other organ. It can cause irreversible disfigurement of the extremities and nerve damage.
Advertisement
‘Dr. Thomas Rea, father of leprosy treatment dies at 86 after losing battle against cancer.’


"It was huge," said Dr. David Peng, head of the dermatology department at USC's Keck School of Medicine.The disease went from largely untreatable to "entirely controllable," he said. For years, Rea worked with patients who suffered from leprosy's stigma and felt they had to avoid human contact. "He'd come straight in and shake their hands, no gloves on, and it would empower them to realize that they could get better," Peng said.

Leprosy is a disease which has left several individuals disfigured and victims of social alienation. Medications have made a big difference in controlling disfigurement and complications of the disease and preventing social stigma. Test your knowledge on this once-dreaded disease called leprosy.
Advertisement
Apart from the leprosy treatment breakthrough, Dr. Rea was also an early advocate of thalidomide drug which can be used for leprosy treatment. During the 90s thalidomide was banned by FDA because research revealed that the drug could cause severe birth defects. Dr. Rea made several appeals to the FDA to remove the drug from banned list and said that the drug can be safe if taken under supervision. FDA reconsidered its position and removed thalidomide from banned list.

Rea is survived by his wife, two sons and four grandchildren.

Leprosy remains endemic in India despite multi-drug treatment because it is effective only when the onset is detected before nerve damage.
Advertisement
<< Fitness Devices Improves Clinical Outcomes of Orthopedic Pat...
Cost-effective Tool to Diagnose Tuberculosis Soon To be Laun... >>

Sri Lanka to Control the Spread of AIDS, Leprosy

More News on:
Leprosy Different Medical Specialists and their Area of Medical Expertise

Noscaphene (Noscapine) Drug - Food Interactions Iron Intake Calculator Indian Medical Journals Blood - Sugar Chart Sanatogen Loram (2 mg) (Lorazepam) Accident and Trauma Care Find a Hospital How to Reduce School Bag Weight - Simple Tips
This site uses cookies to deliver our services. By using our site, you acknowledge that you have read and understand our Cookie Policy, Privacy Policy, and our Terms of Use