Cold Weather May Up Risk of Fatal Opioid Overdoses

Fatal opioid overdoses are more likely to occur when the weather is too cold, reports a new study. The findings of the study are published in the journal Epidemiology.


A research team led by Brandon Marshall, an associate professor of epidemiology at Brown University's School of Public Health, found a 25 percent increase in fatal opioid overdoses after periods of freezing temperatures compared to days with an average temperature of 52 degrees.


‘Living in cold weather can put many at a higher risk of fatal opioid overdoses. However, providing support for home heating costs or providing warm locations for people to go to during cold spells could reduce opioid overdoses.’


And while the researchers continue to investigate the reasons for this pattern, Marshall suggests some interventions that could reduce overdose risk regardless of the cause. These include cold weather-triggered public health messages that remind people to check on neighbors and loved ones who use opioids or those that warn individuals who use drugs not to use alone, especially during cold weather.

"It is well known that opioids induce respiratory depression, and that's what causes a fatal overdose," Marshall said. "However, there may be a host of other risk factors that contribute to opioid overdose deaths, which could be avenues for effective interventions. Regardless of what is causing the correlation between cold weather and fatal overdoses, our findings suggest that agencies and organizations should consider scaling up harm-reduction efforts after a period of cold weather."

The research involved a partnership between opioid researchers at Brown and the Rhode Island Department of Health (RIDOH), as well as Brown experts who study how the environment impacts human health. Marshall also serves as scientific director for Prevent Overdose R.I., an overdose-surveillance dashboard operated with RIDOH, which provided the data on overdose deaths in Rhode Island.

Cold snaps may contribute to increased risk of a fatal opioid overdose in several ways, the study said.

One possibility is that opioid use and exposure to cold weather could combine to create a negative biological effect, said William Goedel, a doctoral student at the School of Public Health, who spearheaded the analysis. Opioids are known to reduce breathing, and even without the effect of drugs, it is already harder to breathe in cold air. Some opioids also reduce the temperature at which the body starts to shiver, which makes it harder to regulate one's body temperature, he added.

Cold weather also changes people's behavior, which could increase the risk of overdose, Marshall said. For example, people may be more likely to use opioids alone when the weather is cold, without someone present who can administer the overdose-reversal drug naloxone. Additionally, cold weather may impact the opioid distribution network. This could potentially increase the risk of using drugs containing illicit fentanyl, or the risk of using drugs more potent than a person is accustomed to, Goedel added.

Despite the increase in overdoses in days following cold snaps, Marshall said the team was surprised to find no direct link between low temperatures on the day of death and the risk of fatal overdose.

"One possibility is that the same-day temperature is based around the recorded day of death, which in some cases is an estimate, especially when a body isn't found for a couple of days," Goedel said. "The lack of a strong correlation with temperature on the day of death could be due to the uncertainty of when people actually died."

The findings might also reflect the cumulative effect of low temperatures on overdose risk, Goedel added.

"Thirty-two degrees on just one day is cold, but to maintain an average of 32 degrees for three or four days means there was a long time where it was quite cold."

Most of the fatal overdoses during the study occurred indoors, Marshall noted. This suggests that providing support for home heating costs or providing warm locations for people to go to during cold spells could also reduce opioid overdoses, he said, although more research is needed.

Marshall would also like to see if the linkage between cold weather and increased risk of overdose deaths is due to major storms or if lower-than-average temperatures alone increase the risk of a fatal overdose.

The research team also examined above-average temperatures, but did not detect any clear pattern. 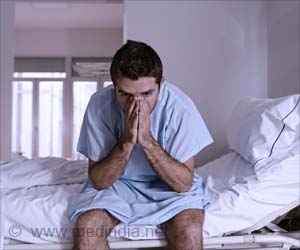 Does The One-Hour Discharge Rule After Opioid Overdose Still Stand?
After the naloxone, people with opioid overdose can be discharged, says the study. The one hour rule still stands.
READ MORE 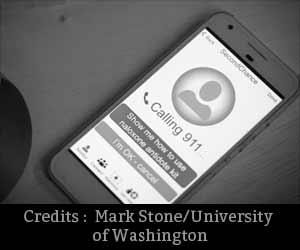