What is Flap Surgery?

Flap surgery is a type of plastic surgery that uses tissues from another part of the body to close open wounds while having its own blood supply. Open wounds are an open invitation for bacteria. Loss of fluid takes place from these wounds. Therefore, the wound should be covered at the earliest with tissue obtained from another site.

Flaps used for plastic surgery have their own blood supply, that is, their own artery and vein. In this respect, they differ from grafts. Grafts are also used to cover open wounds but they do not have their own blood supply. Therefore, blood vessels from the recipient site have to grow into a graft to keep it alive. Skin grafts also have other disadvantages. They may undergo contractures. The donor and recipient skin may not match completely, resulting in cosmetic problems especially when used in parts like the face. However, there are some situations where a graft is preferred over a flap and is therefore used.


When is Flap Surgery done?

There are several indications for flap surgery. Flap surgery is necessary to cover open deep wounds in patients with burns or accident victims. It is used when the wound or injury is associated with major tissue loss and deeper structures are exposed like the bone, cartilage, tendon, joint, major blood vessels or nerves.

Flaps may also be used in cancer patients who have undergone surgical removal of the cancer and in whom a plain graft cannot be used. With the replacement of tissue beside skin, a proper contour can be obtained. E.g. Transverse abdominis myocutaneous flap (TRAM flap) is used for breast reconstruction following surgical removal for breast cancer.


What are the Types of Flap Surgery?

Flaps are of two main types, free flaps and pedicled flaps.
Types of pedicled flaps include the following:
Flaps are classified broadly into three categories based on:
Depending on the source of blood supply, flaps may be described as:
A flap may contain a single type of tissue or multiple types. Depending on the tissues contained in the flap, the flap may be:
Flaps are also used in the mouth during oral surgery for a gum disease called periodontitis when the periodontitis eats up the jaw bone. These flaps are classified based on their shape and include:


What are the Tests done before Flap Surgery?

Tests done before flap surgery include the following:

In older group of patients, detailed assessment of the heart may be required to make sure that they are fit for surgery.


What is the Procedure for Flap Surgery?

Type of Anesthesia - Flap surgery may be done under general anesthesia or local anesthesia depending on the extent of the procedure.

If you are under general anesthesia, you will be asleep during the procedure and will not be aware of what is going on.

Fasting before Surgery - Overnight fasting is required and occasionally intravenous fluid maybe required to keep you well hydrated. Sedation is sometimes required for good overnight sleep before the surgery.

Shift from the Ward or Room to the Waiting Area in the Operating Room - An hour or two before the surgery, you will be shifted to the operating room waiting area on a trolley.

Once the surgical room is ready, you will be shifted to the operating room.

Shift to the Operating Room - The ambience in the operating room can sometimes be very daunting and a small amount of sedation can help overcome your anxiety. From the trolley, you will be shifted on to the operating table. As you look up, you will see the operating light console and at the head end will be the anesthesia machine. There may also be monitors to check oxygen levels, ECG and other vital parameters. A constant beeping sound may be present from the monitors, which may sometimes be irritating.

Anesthesia before Surgery - If you have to undergo general anesthesia, the anesthetist will inject drugs through an intravenous line and make you inhale some gases through a mask that will put you in deep sleep. Once you are in deep sleep, a tube will be inserted into your mouth and windpipe to administer the anesthesia gases to overcome pain and keep you comfortable. Gingival flap surgery is done under local anesthesia.

What are the general principles that need to be followed for a flap surgery?
During flap surgery, the donor site is marked out, an incision that is wide enough is made and the flap is carefully dissected. The flap is then placed and sutured into its new position. For free flaps, the blood vessels from the flap are anastomosed with blood vessels near the recipient site. For perforator flaps, small vessels are reattached using microscopic surgery. For pedicle flaps that are not immediately adjacent to the recipient site, following the transfer of tissue, the flap remains connected to the donor site via a bridge of tissue. The bridge has to be separated in another procedure at a later date.

The donor site may also be closed with sutures, with an effort to have a minimal cosmetic effect. The donor and recipient sites are covered with dressing.

During a gingival or periodontal flap surgery, the surgeon raises a flap of the gum tissue and removes any damaged tissue or bone below it. Plaque and tartar deep in the roots are removed using scaling and root planing, and the bone is re-contoured or graft is placed if necessary. The flap is then sutured into position.

There may be a tube going into the stomach called a nasogastric or Ryles tube to keep it empty. There will also be an intravenous line. You will remain on oxygen. Once fully awake, you will be shifted on the trolley and taken to the recovery room.

Recovery room - In the recovery room, a nurse will monitor your vitals and observe you for an hour or two before shifting you to the room or ward.

Post-Operative Recovery - You will remain in the hospital for a few days following the procedure. A laparoscopic surgery ensures a shorter recovery time and therefore duration of admission. Light foods may be allowed following the surgery.

DVT Prophylaxis - Early movement of your legs and some mobilization prevents DVT or deep vein thrombosis, where a clot is formed in the deep veins of the legs. The clot can travel up to the lungs and can become fatal. Other measures like a small dose of heparin and special stockings may also be used.

Painkillers may be prescribed depending on the extent of the pain. Antibiotics are also prescribed to prevent infection.

In the postoperative period, the flap is regularly evaluated. It is usually kept at a higher level and excess compression is avoided. It is kept covered with a dressing for 48 hours during which time it is not allowed to come in contact with water. Some flaps may have drains to drain out excess fluid. You will have to revisit your doctor after 5 to 10 days for removal of the sutures.


What are the Complications of Flap Surgery?

Possible complications of flap surgery include the following:

Plastic Surgery and Procedures
Plastic surgery is often portrayed as a branch of medicine that caters to our vanity, but it has a lot more to offer. Plastic surgery procedures are vital to numerous medical treatments today.
READ MORE

Equation Helps Assess Blood Flow to Flaps for Breast Reconstruction
For women undergoing breast reconstruction using the advanced "DIEP" technique, a simple formula can reliably tell whether there will be sufficient blood flow to nourish the DIEP flap.
READ MORE

Treatment of Periodontitis | Pyorrhea | Periodontal Gingivitis
The treatment of periodontitis could range from a non-invasive, non-surgical treatment such as scaling and prescription of antibiotic medications to complex, invasive surgeries.
READ MORE 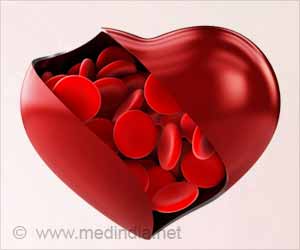