The stomach is a sac like organ and is a part of the digestive system. It is situated in the upper abdomen, below the ribs on the left side of the body. Its upper part connects to the esophagus and its lower part leads into the small intestine. The neighboring organs are the liver, small intestine, pancreas, colon, and spleen.

Cancerous cells that are present in the inner lining of the stomach form the basis of stomach cancer or gastric cancer. It is usually detected only in the advanced stages as initial symptoms are mostly absent.

Types of Stomach Cancer, their Origin and Incidence

Adenocarcinoma is the most common (90-95%) type of stomach cancer. This cancer arises from the innermost lining layer called the mucosa.

Gastrointestinal carcinoid tumors start in hormone-making cells of the stomach and account for 3% of stomach cancers.

Lymphomas start in the immune system tissue found in the stomach wall and account for 4% of the stomach cancers.

What are the Stages of Gastric Cancer?

Most stomach cancers start in its innermost layer called the mucosa. This is where the acids and the digestive juices are made. The severity of the cancer increases as it spreads deeper inside from the mucosa to other parts of the stomach wall or to the lymph nodes or to other distant organs.

In the beginning pre-cancerous changes occur in the mucosa but this stage usually goes undetected as it is asymptomatic. Once cancer has been detected there are a few stages used to classify it depending on how much it has spread in the body.

What are the Causes of Gastric Cancer?

Although the cause of stomach cancer is not fully known there are several risk factors involved. They are:

What are the Symptoms of Gastric Cancer?

Stomach cancer can be difficult to detect, often there are NO symptoms in the early stages and, in many cases, the cancer has spread before it is found.

Some of the symptoms associated with stomach cancer are:

How do you Diagnose Gastric Cancer?

The first step involves undergoing a general physical examination and a discussion with the doctor of your medical history.

Upper endoscopy (also called esophagogastroduodenoscopy or EGD) is usually the first test that is done to detect stomach cancer. An endoscope (a thin, flexible, lighted tube) fitted with a small video camera is inserted down the throat to view the stomach.

An Endoscopic Ultrasound (EUD) is later done to see how far the cancer has spread to the stomach walls, neighboring tissues and lymph nodes. In this case the endoscope is used to insert a small ultrasound device into the stomach to generate a close-up image of your stomach on a computer screen.

If abnormal masses are seen, a biopsy is done (either during EGD or EUD). The removed cells or tissue are examined under a microscope to check the presence and kind of cancer.

Computed Tomography (CT scan) that confirm the location of the cancer and show the spread to nearby organs such as the liver, lymph nodes and pancreas can also be done. A CT scan also determines the stage of the cancer and whether surgery may be a good treatment option.

Chest x-ray: Chest x-rays are often performed to find out if the cancer has spread to the lungs.

Apart from this, laboratory tests like Complete Blood Count (CBC) to look for anemia and Fecal Occult Blood test(to detect blood in the stools) are also done.

How do you Treat Gastric Cancer?

The best approach to treat cancer uses two or more of the following methods:

Neoadjuvant treatment: Given prior to the surgery with an aim of shrinking the tumour.

Adjuvant treatment; Given post surgery to kill cancer cells that cannot be removed completely or too small to see. In the case of stomach cancer, adjuvant chemo is mostly accompanied with radiation therapy - this is known as chemoradiation.

Sometimes chemo is the only option in advanced cancers when surgery is not an option. It is given just to alleviate the pain in patients and to prolong life.

A dose / cycle of chemotherapy usually lasts for a few weeks followed by a rest period. Common drugs are:

Nausea / vomiting, hair loss and diarrhoea are some of the main side effects of chemotherapy.

Radiation uses high-energy waves or particles to kill cancer cells. This can be done before and / or after surgery either alone or in combination with chemotherapy (for eg. with 5-FU)

It also causes side effects like nausea / vomiting and loss of appetite especially when given in addition to chemo.

Depending on the type and the stage of cancer, surgery is used as a part of the treatment procedure.

During very early stages when the cancer has not spread to the lymph nodes, an endoscopic resection of the mucosa and the submucosa can be done. The advantage to this method is that there is no skin lesion and the endoscope (inserted via the throat) is used to removed the tumour and part of the normal stomach wall.

Gastric Cancer Treatment According to its Stages

Cancer stages are classified according to how far they have metastasized or spread:

Stage 0 - Cancerous cells present only in the innermost lining. It is usually treated by endoscopy mucosal reduction or by total or partial gastrectomy and removal of neighboring lymph nodes without chemotherapy or radiation.

Stage 1 - Cancerous cells spread to the second or third layers of stomach (1A) or second layer and to a couple of lymph nodes (1B). In this case, a total or partial gastrectomy along with lymph node removal and omentum removal is performed that can sometimes be preceded by chemotherapy. If the cancer is still present in the lymph nodes post surgery, chemotherapy or chemoradiation is an option.

Stage 4 - Spread to nearby tissues and more distant lymph nodes or to distant organs like liver, lungs, brain or bones thus minimizing chances for a cure. Surgery, chemotherapy, radiation, chemoradiation are all the options and mostly given to relieve symptoms and prolong life.

Sometimes, targeted therapy is an option for advanced stages (for example Trastuzumab (Herceptin) is given to patients whose tumors are HER2-positive. HER2 or human epidermal growth factor receptor (HER2) is a gene that cancer cells overexpress.

Survival rates are a standard way to discuss the prognosis or outlook of a person. This rate is affected by their general health, location of the cancer, the treatment (surgery or not), the patients response to the treatment and their physical fitness. In general, there is around 80% chance of survival of a cancer patient with who has early stage symptoms. This percentage decreases as the stage or the severity of the disease increases and we see only around 5 % survival rate for a stage 4 cancer patient.

Although the onset of gastric cancer cannot be prevented there are a few steps that can be taken to reduce its risk:

Clinical trials are an option for patients who are in the advanced stages of cancer where surgery is not an option. By taking part in clinical trials they will be lending a hand to new research that is being done in the field of cancer.

An ongoing Phase 3 trial is studying how aspirin (a drug given to patients to prevent heart attacks and strokes) can prevent cancer relapse. This is based on earlier research that has concluded that patients taking aspirin are less likely to acquire cancer.

Another study assessed the safety and efficacy of a drug called ramucirumab, when given in addition to trastuzumab and chemotherapy in patients with HER2-positive metastatic stomach and gastroesophageal junction cancer. Ramucirumab acts by blocking the activity of a protein called VEGFR2 present on cancer cells.

Hello doctor, my name is Ibraheem, am 32 year old from India. I stopped smoking 4 years ago and since then I am suffering from stomach pain. I have gastric problem and in addition to it, am also suffering from chest pain and back pain too. I have done my heart tests but the results came normal. I am looking forward for some guidance or some remedy from you as am exhausted of taking medicines, but found no cure. Currently I am taking Leprazool everyday before breakfast in the morning. Please help me.

Dear Sirs,
My father [75 years old] was brought in hospital due to bleeding . After examination it was found last stage (4th stage) of stomach cancer.Metastasis were found in liver.Doctor offered local surgery in order to stop bleeding. We understand that such operation will not change anything. Can you advise what is better: to accept surgery or to take father from hospital if second variant what pharmacy can you recommend in order to prolong and ease my father's live.
Your advise will be highly appreciated

Stomach cancers are also known as gastric cancers. The main treatment for stomach cancer is surgery. Early stomach cancers often have no symptoms. Serious symptoms that might indicate a life-threatening condition.

I've got stomach pain and spoken to my neighbour whose a nurse.
She mentioned that it could be gastric. My pain stretched all the way to my back. Could someone advise me on this condition.
Thanks
Bec

what is hyperacidity what medecation should be taken 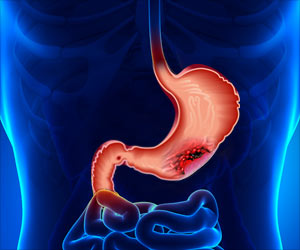 Test Your Knowledge on Gastric Cancer
cabbages and potatoes reduce the risk of gastric cancer. Studies such as these aid in controlling the incidence of this type of cancer. ...
READ MORE

Gastrectomy - Surgical Procedure
Gastrectomy is an open or laparoscopic surgical procedure, where a part or the complete stomach is removed due to stomach cancer, ulcer or for weight reduction in bariatric surgery.
READ MORE 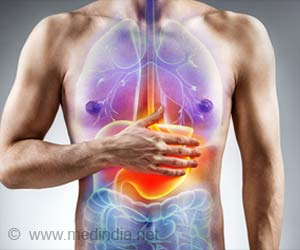 Achlorhydria
Achlorhydria is a condition where there is complete absence or reduced secretion of hydrochloric acid in the gastric juices.
READ MORE