While living without a stomach appears absurd, it is not impossible. Diet alterations will be required to avoid the feeling of discomfort and immediate fullness. It should also be remembered that in many gastrectomy surgeries, the full stomach is not removed but a small section is left behind.

Anatomy of the Stomach

The stomach is a muscular Curved sack that is J & bean shaped. It is located on the left side in the upper abdomen behind the ribs and is the widest section of the digestive tract. Its capacity varies but on an average can hold from 1 to 2 liters. When fully distended it can hold up to 4 liters of food in some individuals. The stomach connects the food pipe and the small intestine.


The upper end of the stomach is called cardia while the lower end is the pylorus. These are guarded by the cardiac sphincter and the pyloric sphincter, respectively. The sphincters close at both ends once the stomach is filled for the digestion process to take place.

Functions of Stomach  The stomach functions as a reservoir for food and also the section where the food literally gets sterilized and partly digested. The stomach secretes hydrochloric acid that has a pH between 1.5 to 3. This acidic secretion ensures that all microbes are killed or inactivated and makes sure that they dont enter or attack our body.

The stomach lining is protected from strong acid by a mucus secretion, the lining keeps getting changed almost every 2 weeks.

The stomach digests the food especially proteins by breaking them down into smaller chain amino acids. It mixes the food via the peristaltic slow movements with other secretions besides the acid. It also produces a factor that helps in ingestion of vitamin12 and prevents anemia.

Why is Gastrectomy Done?

Gastrectomy is done for the following conditions:

What are the Types of Gastrectomy?

Depending on the type of surgical procedure, gastrectomy may be classified as:


Carbon dioxide or air is insufflated into the abdomen for easy visualization. Surgical instruments are introduced through trocars inserted through additional small openings. Though the surgery results in lesser postoperative pain and quicker recovery, it takes longer time and can be done only for selected cases that require gastrectomy.

What are the Tests Done Before a Gastrectomy Procedure?

Tests done before a gastrectomy procedure include the following:

Endoscopic ultrasound may also be done to study the extent of the stomach cancer if present.

How is Gastrectomy Performed?

Type of Anesthesia - Gastrectomy is done under general anesthesia. You will be asleep during the procedure and will not be aware of what is going on.

Day before Surgery - An enema maybe administered the previous evening or night before the surgery.

Fasting before Surgery - Overnight fasting is required and occasionally intravenous fluid maybe required to keep you well hydrated. Sedation is sometimes required for good overnight sleep before the surgery. A pre-operative intravenous broad spectrum maybe prescribed after checking for any allergies.

Shift to the Operating room - The ambience in the operating room can sometimes create anxiety within you and a small amount of sedation can help overcome it.

From the trolley, you will be shifted on to the operating table. As you look up, you will see the operating light console and at the head-end will be the anesthesia machine. There may also be monitors to check oxygen levels, ECG and other vital parameters. A constant beeping sound may be heard from the monitors, which may sometimes be irritating. You may also see instrument trolleys and a few operation theatre staff dressed and masked doing the final checks before the surgery starts.

Anesthesia before Surgery  During the anesthesia, the anesthetist will inject drugs through an intravenous line and make you inhale gases through a mask that will put you in deep sleep. Once you are asleep, a tube will be inserted into your mouth and windpipe to administer the anesthesic gases to overcome pain and keep you comfortable while the surgery is going on.

Prior to the gastrectomy procedure, a tube called the nasogastric tube is inserted into the stomach via the nose to empty the stomach contents. A catheter is introduced into the urinary ladder to monitor the urine output.

For an open surgery: The incision is made extending from upper mid-abdomen to the belly button. The stomach is exposed and separated from the tissues attached to it.

The abdomen is carefully examined and other organs that may also be affected like liver, mesentery, intestines are also checked for any spread of the disease.

The supplying arteries are separated carefully to avoid excessive bleeding. The diseased part of the stomach or the whole stomach is then cut out, depending on whether the procedure is partial gastrectomy or total gastrectomy. Lymph nodes are examined and diseased nodes are dissected out.

The cut ends of the digestive tract are reattached. The remaining part of the stomach is attached either to the duodenum or the jejunum. Once the surgery is complete, the abdominal incision is closed with sutures and an abdominal drain is left in place.

The steps for laparoscopic surgery are similar to open surgery. Most bariatric surgeries are performed using a laparoscope.

In robotic surgery the surgeon controls robotic arms remotely and carries out the surgery with precision.

In the sleeve procedure, a longitudinal section of the stomach is stapled off. The stapled line may be strengthened to prevent leakage.

You may still have the nasogastric tube and the urinary catheter. There will also be an intravenous line. You will remain on oxygen. Once fully awake, you will be shifted on the trolley and taken to the recovery room.

Recovery room  In the recovery room, a nurse will monitor your vitals and observe you for an hour or two before shifting you to the room or a ward.

Post-operative recovery  You will remain in the hospital for several days following an open procedure. You will receive intravenous fluids and will be allowed to take in liquids once your bowel sounds return, which may be two to three days following the surgery. You will be slowly shifted to semi-solid foods and later to solid foods.

Chest physiotherapy may be started after 24 hours to prevent chest infection.

DVT Prophylaxis  Early movement of your legs and some mobilization prevents DVT or deep vein thrombosis, where a clot is formed in the deep veins of the legs. The clot can travel up to the lungs and even be fatal. Other measures like small dose of heparin and special stockings may also be used.

Pain relievers may be prescribed depending on the extent of the pain.

Discharge from hospital  Once your wounds have healed and you can eat normal food, you will be discharged from the hospital. You will receive instructions regarding the type of diet you should follow.

What are the Surgical Complications and Risks of Gastrectomy Surgery?

Complications of gastrectomy include the following:

What are the Dietary Modifications to be Followed Post-Gastrectomy?

Several dietary modifications are advised post-gastrectomy surgery. These include: 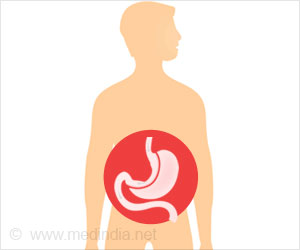 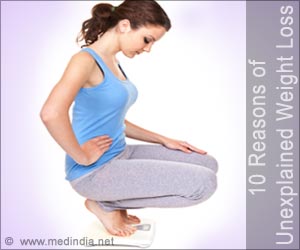 Early Immunotherapy Better in Stomach Cancer If Combined With Chemo
Immunotherapy combined with chemotherapy works better for treating stomach cancer that too if the therapy is delivered earlier in the course of disease.
READ MORE

Atlas of Stomach Cancer Assembled
The world's largest and highest-resolution atlas of gastric cancer has been assembled by scientists in Singapore. Gastric cancer is a leading cause of global cancer deaths.
READ MORE

Test your Knowledge on Heart Transplantation
View all