A lymphoma is a cancer that affects the lymph tissues found in the lymph nodes, spleen, thymus, adenoids and tonsils, stomach and the intestinal tract.

Hodgkins Lymphoma (HL), was first identified as a new disease by Dr. Thomas Hodgkin in 1832. All other lymphomas are grouped as non-Hodgkins lymphomas.

(NHL) is an assortment of a wide array of lymphomas, which out number the Hodgkins variety. Until recent times, the NHL subtypes were not distinguishable. The growth of molecular genetics, in leaps and bounds, has revealed that NHL comprises of several subtypes.

Although the disease has the potential to develop in any part of the body, they are usually initiated in the lymph nodes, neck, armpit or groin. Due to the connections between the Central Nervous System (CNS) and the lymphocytes, lymphomas may first arise in the brain or CNS, not necessarily due to metastasis. The malignant cells then reach out to the other lymph nodes through the lymphatic system. They further spread to other organs through the bloodstream.

Certain categories of NHLs bear a semblance to certain leukemias such as the (ALL) and (CLL). Sometimes it is difficult to diagnose or differentiate these diseases; hence the patient is referred to as having NHL/ALL or NHL/CLL. However, most lymphomas trace their origin to a lymph node or another solid organ while the leukemias are initiated in the bone marrow.

I am a new nonhodgkins lymphoma stage 2 patient. I would love to visit with others that are in the processs of treatment. Carol

Hi , my father is corrrectly being diagnosed with NHL case of stage III. He has large B cell type lymphoma , with swelling in neck area. He is receiving his 4th chemotherapy , and is fit from exterior. How many chemo shots youhave undertaken. Can you please share your experience ?

I was not aware that the NHL can arise in the brain. I thought that the brain area was a priviledged site, an area that is in no contact with our immune system [blood and lymphatics]. Please explain further.

Frequent use of phenoxyacetic acid herbicides, in particular, 2,4-dichlorophenoxyacetic acid, has been associated with 2- to 8-fold increases of NHL in studies conducted in Sweden, Kansas, Nebraska, Canada, and elsewhere. 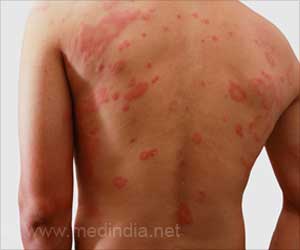 Mycosis Fungoides
Mycosis fungoides is a type of cutaneous T-cell lymphoma characterized by a variety of skin lesions like patches, plaques and tumors.
READ MORE

Thymus Cancer
Thymus cancer also termed malignant thymoma or thymic carcinoma, is a rare cancer of the thymus gland, an important component of the immune system, which produces T-cells and is associated with autoimmune disorders.
READ MORE