Gingival hyperplasia is an excessive growth of the gum tissue. Gingival (gum) disease is often caused by poor hygiene, vitamin C deficiency or due to side effects of medications.

What is Gingival Hyperplasia?

What are the Causes of Gingival Hyperplasia? 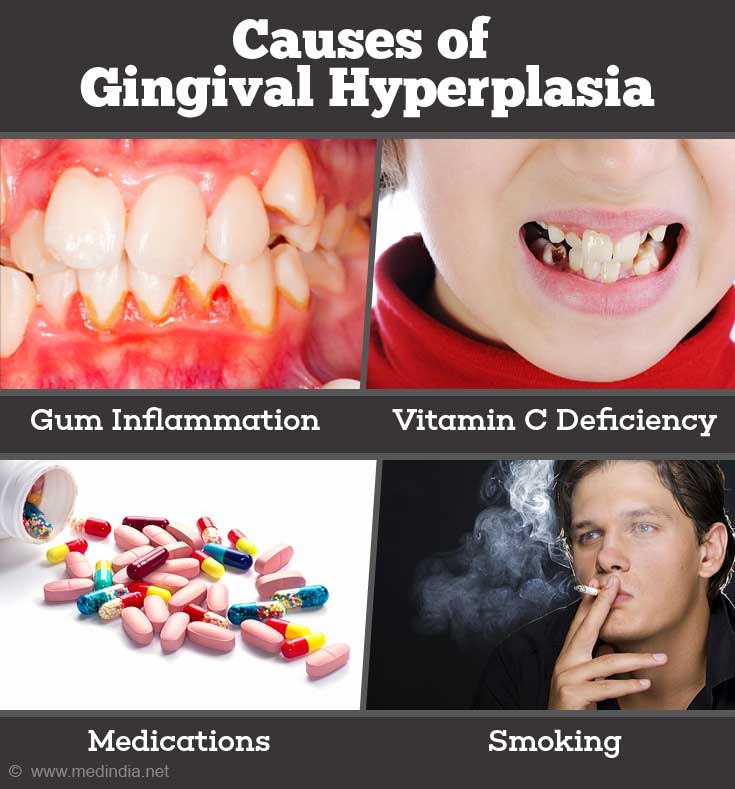 What are the Symptoms and Signs of Gingival Hyperplasia?

The visible signs and symptoms of gingival hyperplasia include -

In more severe cases, the gums can completely cover the teeth and can affect the teeth alignment. If your teeth are covered, they will be difficult to clean and this could increase your risk of developing gum disease.

Microscopic examination of the gums shows an abnormal proliferation of gums cells. 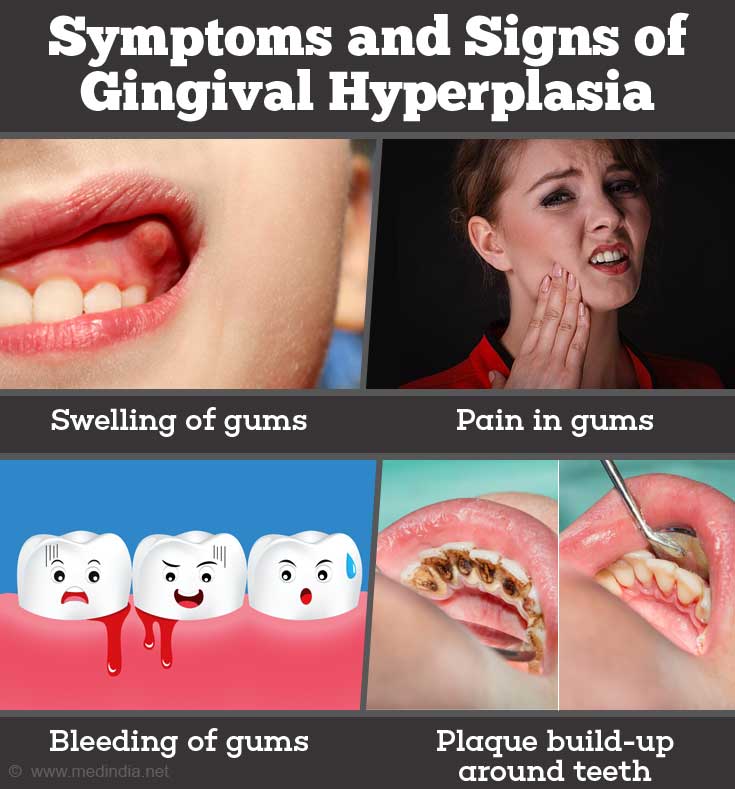 How do you Diagnose Gingival Hyperplasia?

Most cases of gingival enlargement are readily diagnosed after the dentist takes a thorough medical history and performs an oral examination. In rare cases, further tests such as blood studies or a biopsy may be necessary to determine the exact cause of your gingival enlargement.

How do you Treat Gingival Hyperplasia?

Treatment of gingival hyperplasia often depends on the underlying cause.

However, if the root cause is not treated, the gum enlargement will return and surgery may have to be performed repeatedly. 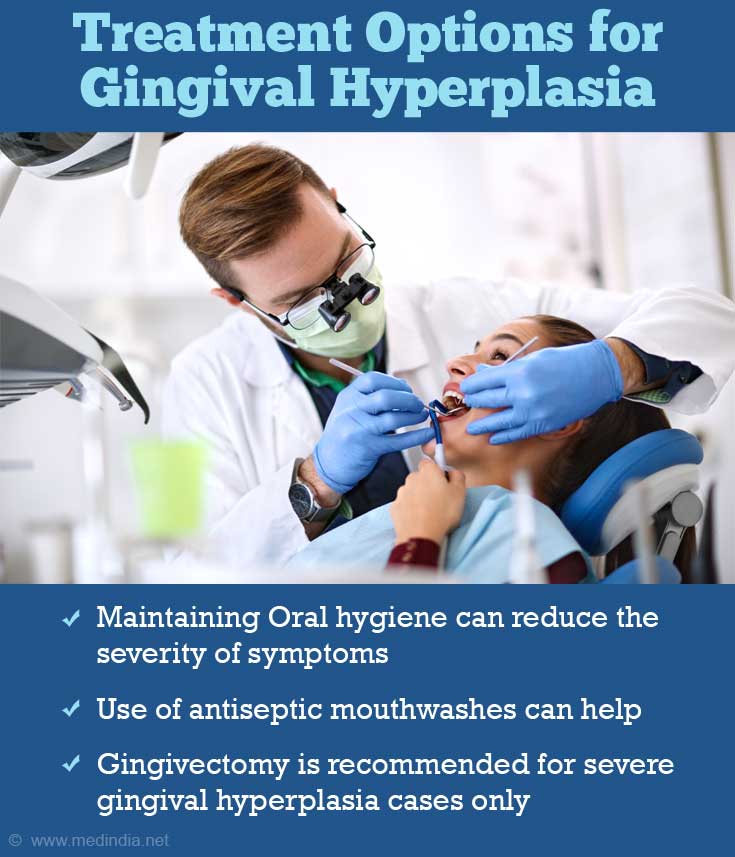 How to Prevent Gingival Hyperplasia?

Bleeding Gums
Bleeding gums is a condition in which blood leaks from the gums and the spaces between the teeth. Gingivitis and periodontitis are the causes of bleeding gums which result in pain and swollen gums.