A seizure or a convulsion is a result of sudden, uncontrolled/abnormal electrical activity in the brain. It can affect an individual at any age. However, not all convulsions are epilepsy. The term epilepsy is used when the person suffers from 2 or more apparently unprovoked seizures at an interval of at least 24 hours.

Seizures can be of different types that differ in semiology. However, basically, the seizures may be classified as focal (partial) or generalized, depending upon the site of origin.

1. Partial/Focal Seizures: In partial seizures, jerking is observed in a limb or a part of the body. Such seizures are seen when a part of the brain is affected that leads to the aberrant electrical activity. It may cause loss of consciousness or may not.

Types of partial/focal seizures are:

Types of generalized seizures are:

The symptoms and severity of seizures vary with different persons. It depends on the factors like type, age, and location in the brain. Few common symptoms are:

Seizures may be due to known or unknown causes.

In many cases, the cause of seizures cannot be detected despite all tests. In some other cases like genetic, the cause can be detected but cannot be completely eliminated. These patients are controlled using antiseizure drugs.

In some other cases like a brain tumor and low blood sugar levels, the seizures may stop after the cause is treated, provided there has been no damage to the brain.

Some of the causes of seizures are listed below:

Genetic Causes: Mutations in the genes may make a person more susceptible to seizures. Conditions like Lafora disease (rare, recessive neurodegenerative disease) and myoclonus epilepsy (brief shock-like jerks of a muscle) are caused due to genetic abnormalities. More than themselves causing seizures, these genetic abnormalities may make a person more prone to seizures in the presence of another provoking factor like a head injury. Epilepsy of genetic origin sometimes runs in families, but this depends on a variety of factors including the type of epilepsy.

Head Injury: Head injury may result in a single seizure or an epileptic syndrome within 2 years following the injury. In some cases, it can cause a bleed within the skull, resulting in seizures. A history of head injury can be elicited in these patients. Head injuries may occur during birth resulting in seizures that usually manifest in infancy or early childhood.

Metabolic Disorders: Metabolic disorders can cause seizures in individuals of any age. Many of these seizures can be controlled by treating metabolic disorders. For example, low or high blood sugar levels in diabetics can cause seizures. Kidney failure can cause increased urea levels and electrolyte abnormalities, which can precipitate seizures. Phenylketonuria is an inherited condition where there is a lack of an enzyme called phenylalanine hydroxylase. This results in the accumulation of a substance called phenylalanine in the blood, which could result in seizures. Symptoms in patients with classical phenylketonuria usually manifest when the child is a few months old. Besides seizures, the child may develop behavioral problems and psychiatric disorders. The excess phenylketonuria may cause a musty or mouse-like odor. The skin and hair may be lighter and the children may also suffer from eczema.

Drugs, Alcohol, and Poisons: Sudden withdrawal from alcohol and drugs acting on the brain could precipitate generalized seizures. Seizures may follow lead or carbon monoxide poisoning, exposure to street drugs, and medications like antidepressants.

Brain Tumors: Tumors affecting the brain can result in seizures. Middle-aged and older patients suffering from seizures should be particularly investigated using imaging studies like CT scan and MRI to rule out brain tumors. The seizures are usually focal in nature and symptoms depend on the location of the tumor.

Brain Infections: Brain infections can cause seizures. These infections may be due to bacterial infections like meningitis or brain abscess or viral infections like herpes encephalitis. A lumbar puncture is useful in diagnosing these infections. Patients with AIDS may suffer from seizures due to toxoplasmosis (parasitic infection), cryptococcal meningitis, viral encephalitis (brain inflammation), or other infections. Neurocysticercosis is a parasitic infection that results in the formation of cysts in the brain. This condition affects pork eaters. The cyst can be diagnosed using imaging studies.

Conditions Affecting Blood Supply to the Brain: Vascular disorders are the most common cause of seizures in individuals over the age of 60 years. Strokes and heart attacks reduce oxygen supply to the brain and can result in seizures. Bleeding within the skull can also reduce the blood supply and occur at any age from infancy to adulthood.

Congenital Abnormalities: Epilepsies due to congenital malformations in the brain usually manifest during infancy or childhood.

Febrile Seizures: Febrile seizures are triggered by fever and most commonly occur in children. Most children with a febrile seizure usually do not suffer from a repeat seizure, unless they have some predisposing factors.

Eclampsia: Eclampsia is a life-threatening condition that occurs in some pregnant women. The patient suffers from very high blood pressure and seizures during pregnancy. It usually does not result in additional seizures once the pregnancy is over.

Psychogenic Seizures: Psychogenic non-epileptic seizures are seizures that are not associated with the abnormal electrical activity of the brain. The condition may be precipitated by a need for attention, avoidance of stressful situations, or specific psychiatric conditions. This condition is treated by a psychiatrist.

Tests used to diagnose the presence of epilepsy, or the causes of seizures are:

EEG Monitoring: An EEG (Electroencephalography) is a test used to record the electrical activity of the brain. It should ideally be performed within the first 24 hours of a patient suffering from a seizure. It may be abnormal in an epileptic patient, even while the patient is not suffering from the seizure.

Brain Scans: Brain scans like CT and MRI can detect structural abnormalities of the brain like tumors and cysts. PET scan is used to monitor the brains activity. SPECT scan is sometimes used to localize the seizure focus in the brain.

Blood Tests: Blood tests help to detect metabolic or genetic diseases. They also help to detect conditions like infections, lead poisoning, anemia, and diabetes that may cause seizures.

Warning Signs of a Seizure

Anyone can experience seizures. Most of the seizures may occur without an individuals knowledge and thus can be dangerous. It can be even life-threatening in cases when a person experiences episodes of seizure while driving or crossing the road. Hence it is important to note the initial signs of the attack or when it is coming if the person has already experienced seizures.

In case you notice any warning signs of a seizure or suspect one is about to happen, it is first important to ensure that you are in a safe place.

Seizures can be dangerous. But when adequate measures and precautions are taken, it can be managed effectively.

DOs & DONTs during a Seizure

Latest Publications and Research on Convulsions

Novel Ways to Treat Silent Seizures in Children
A brain region has been identified to be responsible for the occurrence of non-convulsive seizures in children. Scientists target this region to prevent the seizures.
READ MORE 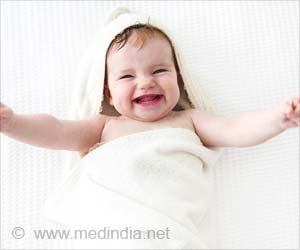 Reasons for Seizures in Babies Revealed!
Infantile spasms - a rare but serious seizure disorder in babies, are found to occur as a result of genetic mutations in the molecular pathway of the brain region responsible for memory and learning.
READ MORE