What is Brain Hemorrhage?

Brain hemorrhage otherwise called intracranial hemorrhage (ICH) is a type of hemorrhagic stroke that is specified by bleeding inside the skull and brain. It is a life-threatening emergency where the bursting of arteries causes brain damage that may even extend into the surrounding brain structures like meninges (protective brain layers) and ventricles (brain cavities).

Historically at the time of Hippocrates, the old word for stroke  apoplexy was used to denote all types of stroke  due to infarction as well as hemorrhage. Later in 1658, Wepfer devised the concept of hemorrhage as the cause of apoplexy.

The brain hemorrhage was first differentiated from other strokes in 1823 (two centuries later) by Rostan due to the appearance of softening of the brain mediated via "leaks and plugs". When the leaked blood inside the brain starts clotting, it is called a hematoma.

The brain is encased inside a tough bony skull followed by a protective three membranous layer (covering) called meninges. They are: 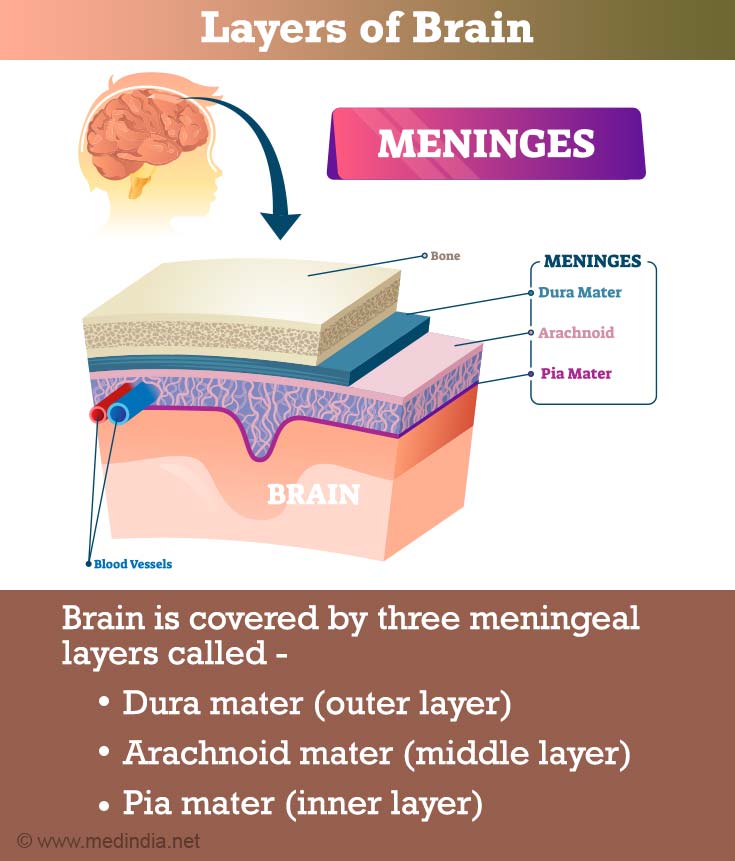 Depending upon the time of onset of the hemorrhage it can be of the following types: 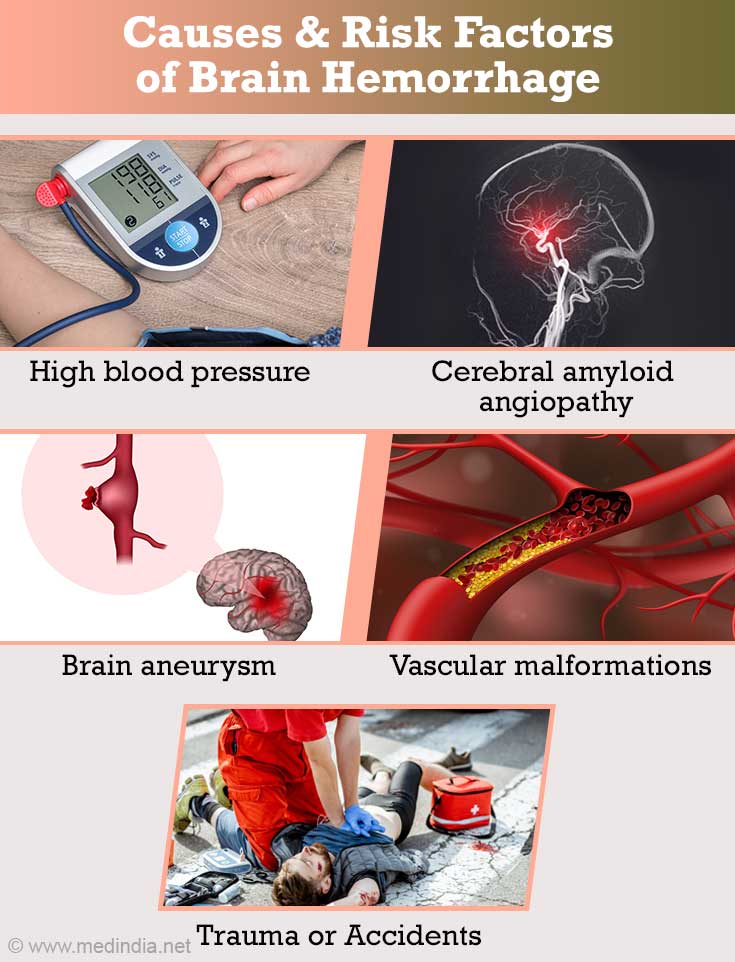 The larger the bleed, the more severe are the symptoms. Generally, a brain hemorrhage must be treated as an emergency unless the life-threatening cause is ruled out. Certain symptoms of brain hemorrhage may resemble that of stroke: 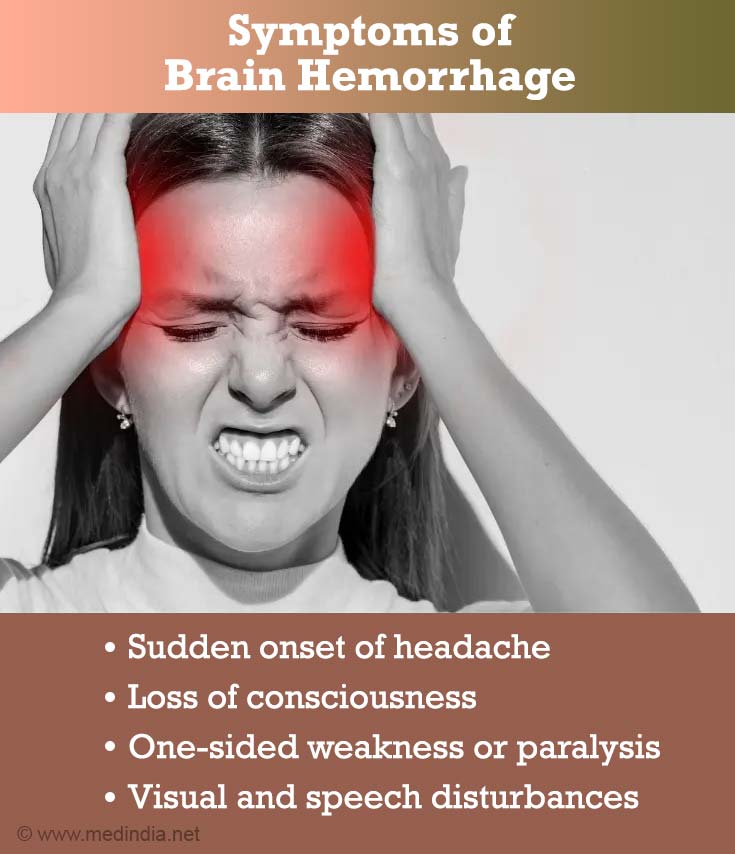 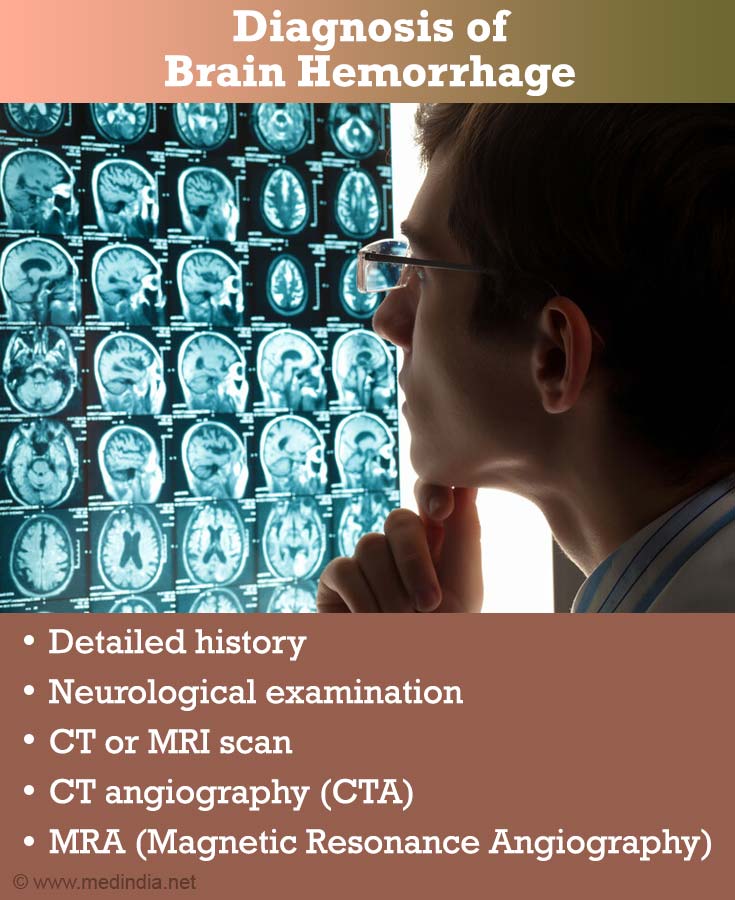 Smaller hemorrhages can be managed with conservative treatment in fully conscious patients. Other strategies for larger hemorrhages include: 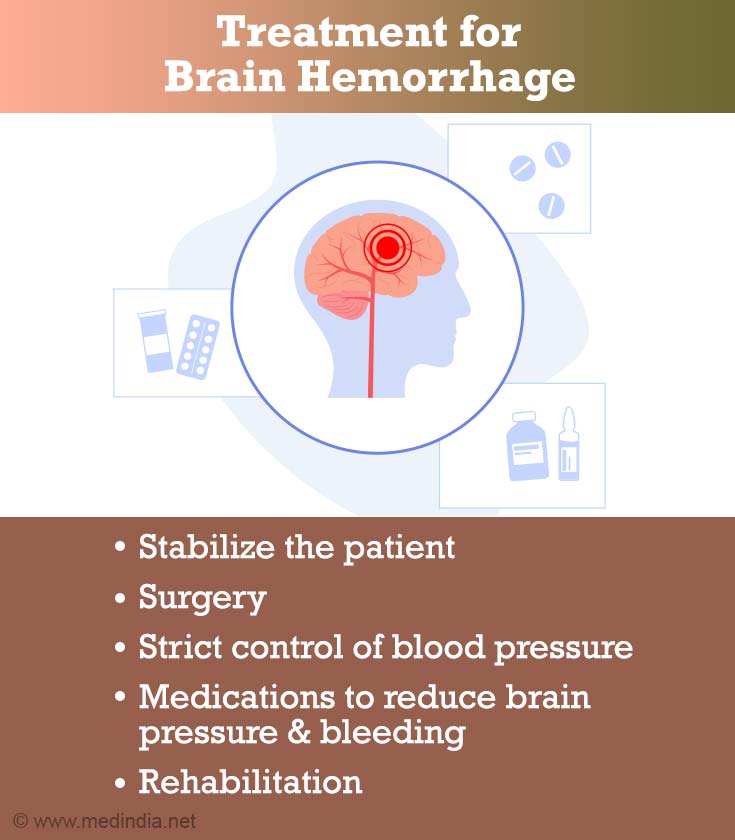 Conditions that may mimic brain hemorrhage include:

The overall prognosis or mortality from brain hemorrhage ranges between 2560%. If the patient is in a coma, the mortality rate increases up to 90%. Other prognostic factors include:

Certain measures that may help reduce the risk of brain hemorrhage include:

Head Injury / Brain Injury - Causes
A majority of the head injuries are caused due to road traffic accidents. Other causes include violence, falls, sports injuries, drowning and cardiac arrest.

Quiz on Bleeding Disorders
Blood circulates through blood vessels. In case of an injury, bleeding can occur in the organ internally or externally. Under normal circumstances, the blood vessels constrict to reduce the blood flow and a clot is formed with the help of platelets ...